Kapil Sharma, presenter of ‘Comedy Nights With Kapil’, has been photographed dressed as a groom. Has he got married? And to whom? DESIblitz has more.

Kapil is the third Most Admired Indian Personality of 2015.

We’ve seen the photos! So is it true? Has Kapil Sharma, India’s number one stand-up comedian got hitched?

If the latest photographs of the comedy sensation are anything to go by, then he may very well have!

A ‘leaked’ photograph of the funny man, dressed as a groom, has been circulating on social media.

He is wearing a beautifully-decorated sherwani, and a turban with a sehra tied to it.

Kapil has previously been linked to Preeti Simoes and Bhavneet Chatrath (also known as Ginni). Could one of them be the lucky bride?

Humour is a very attractive quality in a man. So no doubt, if the rumours are true, there will be damselles all over India swooning in distress. 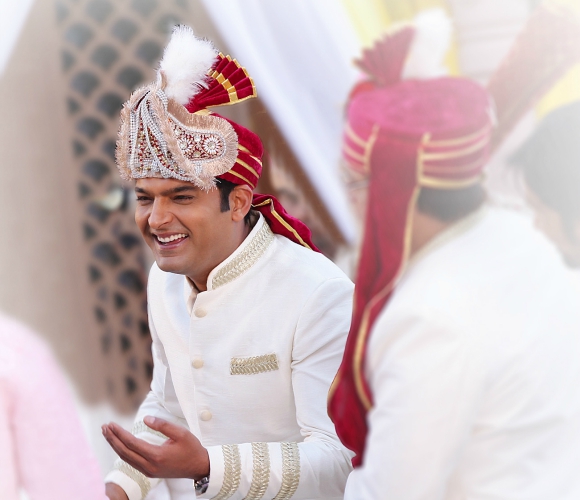 Kapil has been missing from the spotlight for a while now. He recently missed two episodes of his TV show due to health issues and has been advised to take bed rest.

Those intrigued by his disappearing act might be wondering whether he has gone down the Shahid Kapoor route and taken part in a secret wedding.

Kapil has been a pioneer of stand-up comedy in India and the ‘Comedy King’ is definitely hot stuff.

He has been featured in the list of MensXP magazine’s 51 Most Eligible Bachelors. 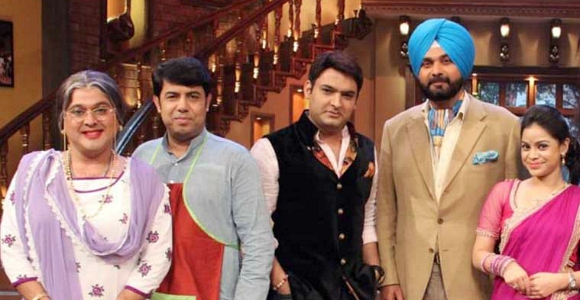 He was also ranked as the third Most Admired Indian Personality List by The Economic Times in 2015.

Furthermore, he co-hosted the 60th Filmfare Awards along with Karan Johar.

The ‘wedding’ photo could very well be a still from that film.

However, until he speaks out, we will just have to wait and see!

Harvey is a Rock ‘N’ Roll Singh and sports geek who enjoys cooking and travelling. This crazy guy loves to do impressions of different accents. His motto is: “Life is precious, so embrace every moment!”
Sex in Class by Channel 4
Alia Bhatt kisses Shahid in Shaandaar Poster