British Asian broadcaster, Kamlesh Purohit has become the Assistant Editor of BBC Radio Leicester. One of the pioneers of the BBC Asian Network, Kamlesh has been an invaluable role model for young Asian journalists across the UK.

"To be Assistant Editor at the country's first BBC local radio station, is a dream come true."

Kenyan-born broadcaster and media guru Kamlesh Purohit has been appointed as the new Assistant Editor for BBC Radio Leicester.

The well-deserved announcement follows the invaluable contribution Kamlesh has made in changing the face of British Asian media over the last two decades.

Formerly working as a Senior Sports Producer for the BBC, Kamlesh began his career in broadcasting at BBC Radio Leicester in 1986.

After giving up his day job as an engineer, he became the first of a new wave of British Asian presenters in 1988. 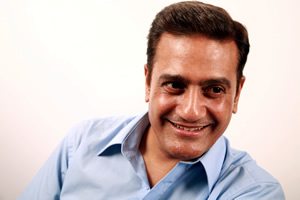 This was at a time when the Asian presence in media and broadcasting was still limited. Kamlesh utilised on his chances and created cutting-edge investigative journalism that dealt with real people and community issues.

In particular, he developed a distinct passion for news and sport journalism, which is where he excelled.

Ten years later in 1996, Kamlesh became a Senior Producer that eventually led him to being a part of the original think-tank that became the BBC Asian Network which began in Leicester.

Being there from the onset, Kamlesh was able to pioneer first-hand a new 24-hour radio station specifically catering to the Asian community. The Asian Network, which was then launched in 2002, saw Kamlesh take on the role of Head of Programmes. He then went on to become head of the Sports Service for the Asian Network.

Pursuing other areas of radio journalism, Kamlesh has also done some TV presenting on BBC Midlands Today and has been a researcher for BBC One’s Countryfile show. 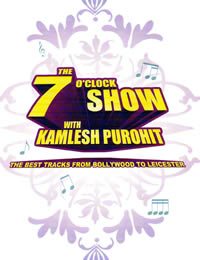 Now as the newly appointed Assistant Editor, Kamlesh has shown his worth as an integral part of BBC Radio Leicester, as he also hosts an evening talk show, promoting British Asian news, music and entertainment, and social issues.

Ecstatic about his new role as Assistant Editor, Kamlesh says: “I’ve been lucky enough to have worked in many parts of the BBC – News, Sport, Five Live, World Service, regional television.

“But they say home is where the heart is – and coming back to the station where I started my BBC career, a station I grew up listening to as a child, completes a very exciting journey for me.”

“To be Assistant Editor at the country’s first BBC local radio station, working with such a fantastic team, is a dream come true,” Kamlesh adds.

Having had the extensive career he has, Kamlesh has become a role model for many young British Asians. Using his experience as a British Asian journalist and presenter, Kamlesh has closely mentored young journalists hoping to make their mark on broadcast media.

In particular, he has nurtured the likes of Manish Bhasin who is now a BBC TV football presenter, Priya Kaur-Jones of BBC East Midlands Today and GMTV, and of course notable presenter turned actor, Adil Ray.

Kamlesh will be the first to admit that he started out from very humble beginnings and was initially on course to live his life as an engineer after graduating from Leicester Polytechnic before his interest in broadcasting took over. 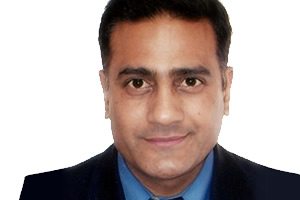 Purohit belongs to the East African Asian community in Britain. He was born in Kenya in the 1960’s and moved to Britain when he was nine years old.

Kamlesh believes that this has given him a unique perspective of being British, when compared to South Asians who came to Britain directly from India and Pakistan:

“I had parents who come from Gujarat of Indian origin, but I was born in Kenya, so I was East African…and then of course there was that Britishness about us as well because we were from a British colony. When I went to India, I realised how British I was,” he says.

Congratulating Kamlesh on his new role, Editor of BBC Radio Leicester, Jane Hill says: “I’m thrilled that Kamlesh is joining us as Assistant Editor. I’m looking forward to benefitting from his huge experience within the BBC.”

Kamlesh can truly be regarded as one of the important stepping-stones for British Asian media to evolve into what it has become today – a fully-fledged industry. His knowledge of the Asian community and his listeners has meant that he has consistently catered to the needs of his audiences, making him an invaluable broadcaster among the Asian population in Britain.

Aisha an English literature graduate, is a keen editorial writer. She adores reading, theatre, and anything arts related. She is a creative soul and is always reinventing herself. Her motto is: “Life is too short, so eat dessert first!”
The Impact of the Internet on British Asians
The Beauty of the Lake District