The Impact of the Internet on British Asians

The Internet has changed our life. From its start as a means to share information between researchers, to today a gigantic world-wide network of computers allowing us to communicate, share and consume information. But not everyone is reaping the benefits within the British Asian community.

"I can’t imagine life without my phone or the Internet. I do nearly everything on my phone on the go."

Tim Berners-Lee, a British computer scientist, is best known as the inventor of the World Wide Web, the ‘Super Highway’ or commonly known as the Internet.

He made a proposal for an information management system in March 1989 which was to use the Hypertext Transfer Protocol (HTTP) on a client computer connected to a server via the first version of the Internet.

The idea of this interconnection between computers was proposed to facilitate sharing and updating information among researchers, and by 1990, the first website was built at CERN was first put online on 6th August 1991. 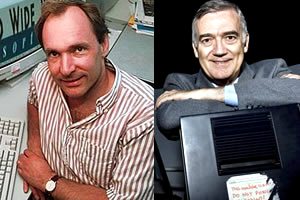 Tim Berners-Lee with the help of Robert Cailliau had created the Internet.

At that point they had no idea of what the invention was going to do to the everyday life of people and how it would contribute to how people communicated, shared and exchanged information globally.

Life without the Internet today is probably unthinkable for those who are living in its age. However, there are generations of people for whom the Internet has very little relevance or simply the gap is getting larger between the users and the non-users due to lack of skills. Thus, the impact of the Internet cannot be ignored within the British Asian community.

Since the late 1990’s the Internet has gradually become part of work and everyday lifestyle. In many cases, today, most people do not even realise when they are using the Internet but they are. For example, VOIP phones, banking, at work and shopping.

For British Asians, as the generations have changed, a gradual gap has developed between those who know and those who do not know how to use the Internet. 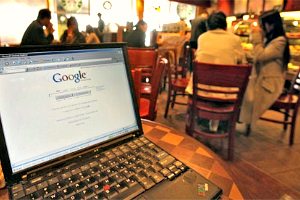 It is a bigger problem for the older generations, especially, those who have no or very little education or language abilities.

Albeit, the Internet is providing content openly in mother-tongue languages too but the issue is with knowing how to use it, not what’s available on it.

Jasbir Kapoor, aged 59, says: “I only know of the time before this Internet and we all got on fine. We worked and we enjoyed our life. Today, everything is quick and on-demand and people are impatient. I find it too much.

“People spend most of their time looking at their phones and screens and I feel are losing valuable social skills and language skills.”

With the explosion of smartphones and tablet devices becoming the norm to access content on the Internet, using these portable devices introduces even more usability issues for those who find technology hard work. But for those growing up with it, like young children, using these devices is a breeze. 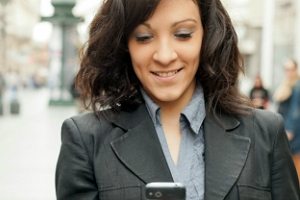 Shahina Khan, 23, a young lady who cannot live without her smartphone says: “I can’t imagine life without my phone or the Internet. I do nearly everything on my phone on the go.

“It helps me keep connected with my family, friends and the world. Social networking is a big use followed by online-shopping and banking.”

Since the Noughties, broadband has risen in households, and British Asian parents have debated allowing the Internet to be part of home life, to give their children immediate access. Especially, from an educational perspective where it is an indispensable tool to help with learning, home-work and general knowledge. But it’s not been an easy decision.

Dev Gupta, 42, a parent of two young children said: “I took some time before I allowed Internet in the home because I wanted to be sure of what the children were going to use it for.

“My concern is their safety as not everything on the Internet is exactly child-friendly. It does worry me that children have access to all sorts at their fingertips and we cannot be by their sides all the time.”

Social media with the likes of Twitter, Facebook and LinkedIn are key areas of use for British Asians, followed by YouTube, music websites, film websites and shopping on-line. 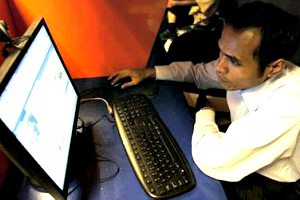 The use is tremendously high in South Asia in countries like India, Pakistan and Bangladesh.

India has grabbed the Internet with very open arms, whereas, perhaps not the same can be said of British Indians living in the UK, who have been slow on the uptake due to generational differences and attitudes.

Social exclusion of British Asians who are not familiar or comfortable with this technology is a problem already and will get bigger. This includes many businesses not having digital strategies, work prospects reducing due to lack of skills, households having differences in understanding, and children growing up being more savvy than their parents.

Therefore, it’s important that skills no matter how basic, are taught to early generations of Asians on how to use the Internet. Otherwise the grandparents and Uncle and Aunty Ji’s will have very little idea of how the world has changed. Communities need to run courses and help people a much as possible.

The growth and value of the Internet has outstripped its critics. There is no stopping it, it is a revolution like others in history but not all British Asians are reaping the rewards of this digital communications highway and many are living lives completely oblivious to one of the most game changing inventions in world history.

The only way this can change is if we start with family and friends and help those unfamiliar with the World Wide Web and what it has to offer.

Prem has a rich interest in social sciences and culture. He enjoys reading and writing about issues affecting his and future generations. His motto is 'Television is chewing gum for the eyes' by Frank Lloyd Wright.
Ultimate Guide to Valentine’s Day
Kamlesh Purohit now Assistant Editor for BBC Radio