Shahnawaz Amir, the son of a senior journalist, claimed he killed his wife in self-defence after he thought she was having an affair.

"I grabbed my dumbbells which were lying nearby"

Senior journalist Ayaz Amir’s son Shahnawaz Amir claimed he killed his wife in self-defence after he “thought” she was having an affair.

Shahnawaz was named a suspect after 37-year-old Sara Bibi was found dead at her residence in Islamabad’s Chak Shehzad suburbs on September 23, 2022.

It is believed a metal dumbbell was used to kill her.

Whilst in custody, Shahnawaz told officers that he married Sara three months ago and that she was his third wife.

On September 22, the couple got into an altercation as Shahnawaz suspected that Sara was having an affair.

He told police: “I had met Sara on social media. She returned to Islamabad from Dubai yesterday.

“I thought she had an affair with someone else but she has assured me that she was not seeing anyone.”

Shahnawaz went on to claim that Sara tried to strangle him. He ended up pushing her away.

He alleged: “Sara tried strangling me at about 9:30 am.

“I thought I would die so I pushed her away and she fell.

“She got up and attacked me again, so I grabbed my dumbbells which were lying nearby and hit her on the head.”

Shahnawaz also claimed that the incident caused him to panic.

He continued: “I, therefore, placed Sara’s body in a bathtub to clean the blood stains.”

He took a picture of the bathtub and sent it to his father, senior journalist Ayaz Amir.

Shahnawaz also called his father and told him what happened, after which Ayaz called the police.

On September 24, Shahzad Town Police named Ayaz as a suspect and he was subsequently arrested.

He was presented before the magistrate for physical remand on September 25. 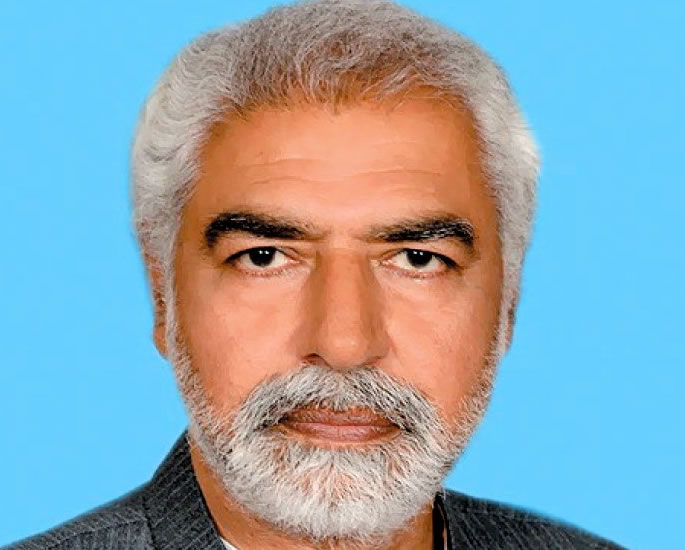 Shahnawaz was handed over to the police on a two-day physical remand.

The defendant’s lawyer termed the case a “blind murder”, adding that the murder was only to the extent of the charge, adding that this was the first remand in the case hence, there were no objections.

The police had initially requested a 10-day physical remand from the court, stating that the accused had to be interrogated.

Police said the suspect had called his Canadian-Pakistani wife from abroad to allegedly murder her.

However, the court only approved a two-day remand for the accused.

The investigating officer also stated that the accused’s fingerprints were also to be taken, but the court rejected the appeal, saying the print could be acquired through the National Database and Registration Authority (Nadra).

Dhiren is a journalism graduate with a passion for gaming, watching films and sports. He also enjoys cooking from time to time. His motto is to “Live life one day at a time.”
Aditya Tiwari killed for Standing Up to Sexual Harassers
Zayn Malik reacts to Gigi Hadid & Leonardo DiCaprio dating rumours