Janhvi Kapoor was among a host of celebrities present at Apoorva Mehta’s birthday bash.

While all the stars came dressed to impress at the grand event, Janhvi Kapoor slayed the ultimate party-girl look in a golden ensemble.

Pictures and videos of Janhvi Kapoor arriving at Apoorva Mehta’s bash and posing outside the venue made it to social media and delighted her fans.

The star chose a shimmering golden ensemble for the occasion, serving tips on looking like the life of the party.

Janhvi is undoubtedly one of the fittest actors from the younger crop and she doesn’t shy away from flaunting her enviable curves.

Janhvi chose a strappy golden midi dress for the biggest Bollywood bash of 2022.

The sleeveless ensemble comes adorned with shimmering mirrors embellished all over, a plunging sweetheart neckline, a bodycon silhouette accentuating her hourglass frame, floor-grazing hem length, and a back slit.

She paired her ensemble with a pair of matching strapped high heels.

Janhvi ditched accessories with her heavily embellished ensemble and chose a pair of simple ear studs. 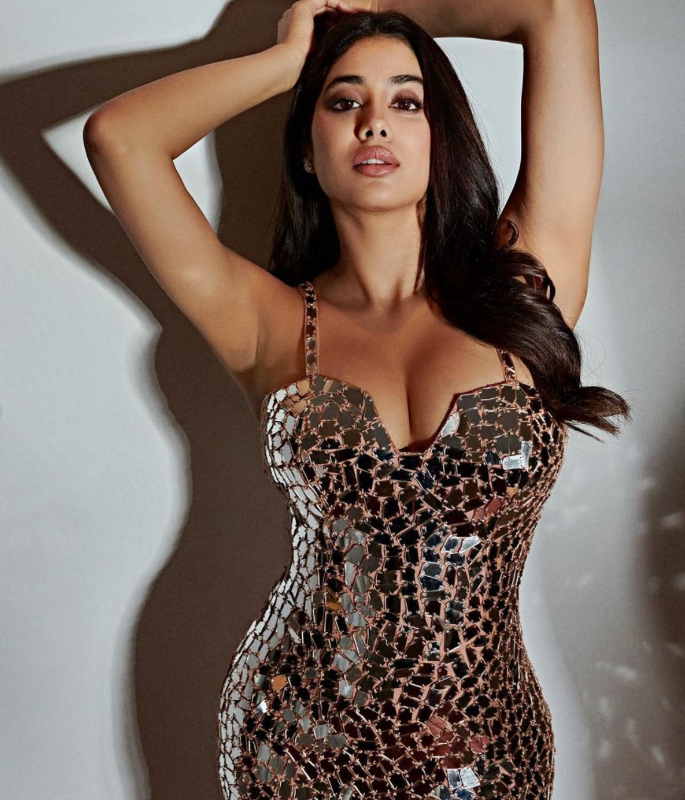 Janhvi’s look garnered a lot of compliments from her fans on social media.

They showered the star with praises about her glamorous ensemble.

One user wrote: “Damn, you look so hot.” 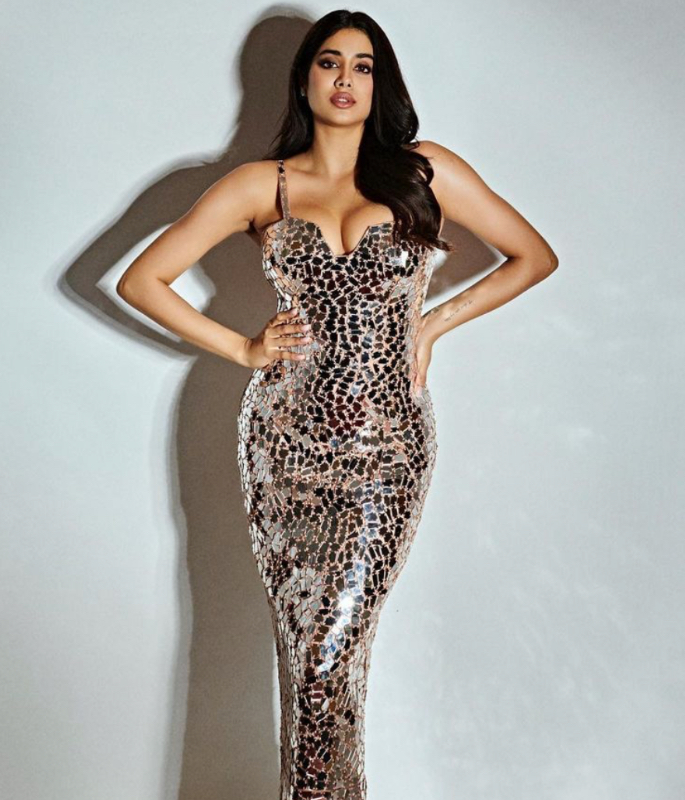 Meanwhile, Janhvi will be seen next in Mili, for which she finished shooting. The film also stars Manoj Pahwa and Sunny Kaushal.

She also has Dostana 2 and Good Luck Jerry in the pipeline.

Janhvi Kapoor, the elder daughter of late actress Sridevi and film producer Boney Kapoor, is quite active and popular on Instagram.

On her fourth death anniversary on February 24, 2022, Sridevi’s daughters Janhvi and Khushi Kapoor remembered their mother on social media.

Janhvi shared an old picture of Sridevi and captioned it:

“I’ve still lived more years with you in my life than without.”

“But I hate that another year has been added to a life without you.

“I hope we make you proud Mumma because that’s the only thing that keeps us going. Love you forever.”

Janhvi Kapoor has an incredible sense of fashion, as evidenced by her stunning social media photos.

The actress has impressed the fashion police in a short period and become one of the fashion icons of Bollywood’s new generation.

Ravinder is a Journalism BA graduate. She has a strong passion for all things fashion, beauty, and lifestyle. She also likes to watch films, read books and travel.
Urwa Hocane replaces Sana Javed for Rang Rasiya campaign
Model Amna Babar opens up about Split from Ex-Husband