Is the Universal Face of Beauty Changing?

The face of beauty has always conformed to the ideals set by the West. The idea of having certain physical features is considered the right kind of beauty.

"Real challenge is to make a dark girl look good"

The world we live in consists of an array of multiple cultural influences which has effected society from art, fashion to beauty.

In this instance, the face of beauty is a restricted concept which is controlled by the West.

The idea of having certain physical features like a slim nose, full lips and chiselled jawline is deemed beautiful.

Yet, the world is full of various faces from different ethnicities with unique appearances.

When it comes to the concept of beauty these faces are not considered to be attractive because they do not conform to western ideals.

Despite this, there has been a greater desire for breaking this unrealistic picture of what is deemed the norm.

We investigate whether the face of beauty is finally changing to accept different appearances. 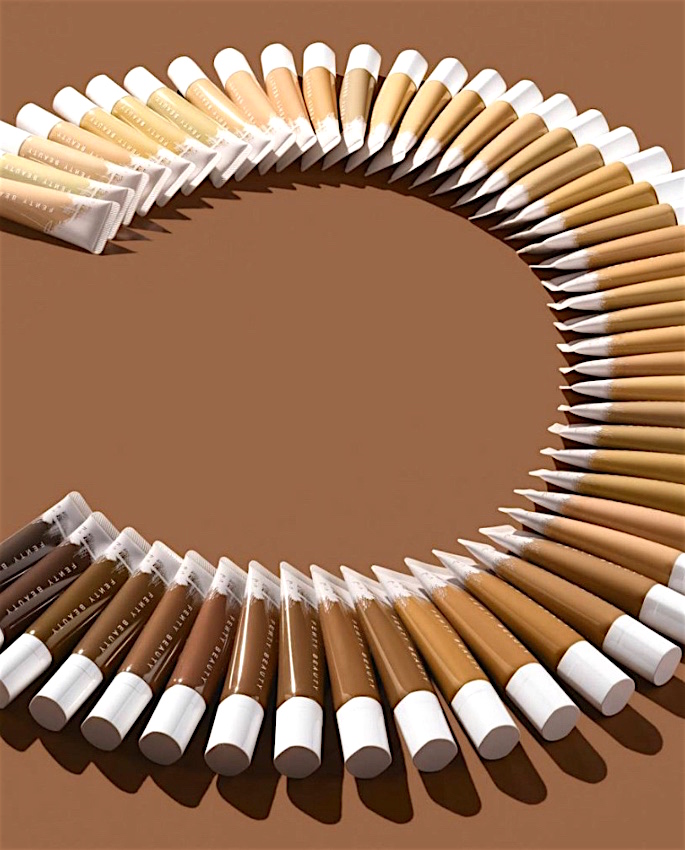 Inclusion, acceptance and variety should be at the heart of all makeup brands, however, for some brands this is nonexistent.

Foundation is a core makeup product although many coloured women struggle to find the right shade.

Due to this, they have to buy more than one foundation to try and create the right shade for themselves.

She was widely praised for her acknowledgement of the vast skin tones and catering to the masses.

With 50 groundbreaking shades of foundation from pale to dark tones, there is something for everyone.

According to FentyBeauty.com, Rihanna aimed to fill the void in the makeup industry and promote diversity. It said:

“Rihanna was inspired to create Fenty Beauty after years of experimenting with the best-of-the-best – and still seeing a void in the industry for products that performed across all skin types and tones.

“She launched a makeup line ‘so that women everywhere would be included’, focusing on a wide range of traditionally hard-to-match skin tones.”

It is no surprise that Rihanna’s makeup line is worth $900 million. Her success is due to her consideration of deeper skin tones.

Suman, a 27-year-old fashion designer voiced her opinion regarding how inclusive makeup brands are. She said:

“In recent times, makeup has shifted dramatically. There are more and more brands that are going out of their way to cater to those of us of colour.

“Shade ranges have increased and become more diverse. In particular, a brand that comes to mind is Fenty Beauty.

“This really made a big impact on the world of beauty. Rihanna catered for all skin tones and how this set an example for the rest to follow.

“Even though some brands have made the effort to cater more widely, not all big names have followed suit.

“This shows that there are still some individuals who hold the perception that fairness is linked to beauty.”

One such brand that comes to mind is Tarte Cosmetics. Tarte is well-known for their concealer, Tarte Shape Tape Concealer.

It has been praised for its lightweight yet full coverage consistency.

Yet, when the brand launched their Tarte Shape Tape Foundation in 2018 they did not cater to women of colour.

Instead, they released 15 shades of foundation with only four shades being designed for women of colour.

As a result of this, Tarte received backlash for their lack of inclusivity. Consumers were furious over their restricted shade range and went on to mock the brand.

One user took to Instagram to voice her anger. She commented:

“The moment I saw the shade range for the Tarte Shape Tape Foundation it was a big NO from me.

“It is insane how in 2018 WOC (women of colour) have issues finding their shade because brands are not inclusive enough.”

Ever since their release, Tarte went on to include deeper foundations to suit brown and dark skin.

While more makeup brands are taking on board the notion of extending their shade range, we still have to push for this.

This makes us question whether the face of beauty is truly changing. 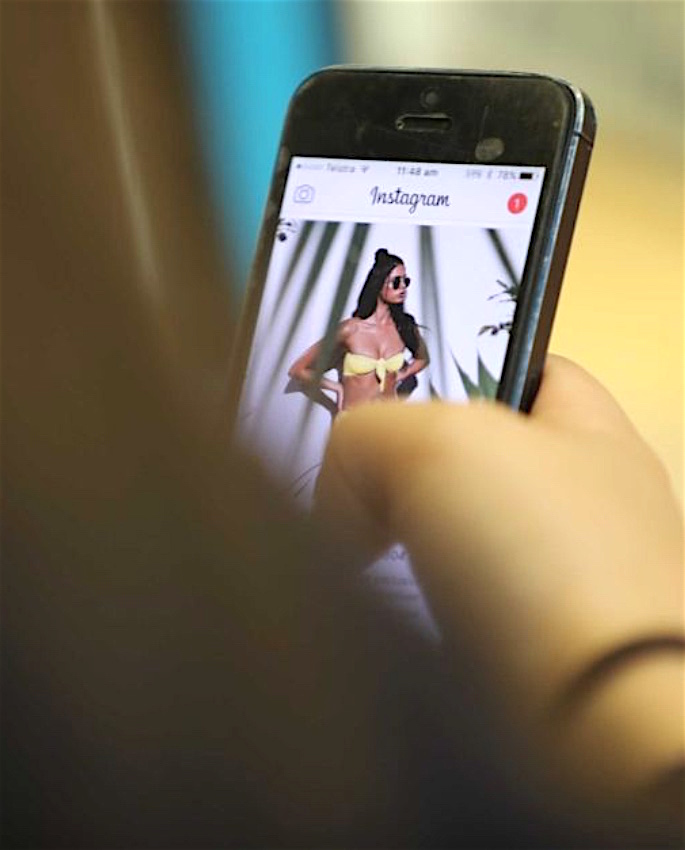 The world of Instagram plays a major role in the way we perceive beauty.

It provides a voice to the ordinary allowing us all to showcase our visions in any way we see fit.

In this instance, we look to Instagram from an angle of whether it permits for a diverse view of beauty.

On the surface, Instagram is inundated with an array of posts highlighting the inclusion of beauty.

Yet, many of these posts conform to the societal appropriation of Instagram beauty.

Everyone is striving to post their ‘Insta-worthy’ photos for everyone to see and like. It has become a worldwide platform for people to engage with their audiences.

We all know that whatever we see online must be taken with precaution and Instagram is certainly a major culprit.

In fact, Instagram is one of the most negative online spaces as it leads to negative effects on health, body image and the perception of beauty.

Through constant comparisons, people are likening themselves to the standards set by social media.

Whereas the majority of the posts on Instagram have been edited to look a certain way.

Big lips, sculpted cheekbones, fleeky eyebrows and curves are plastered all over.

Seeing such images result in people feeling self-conscience about their appearance.

“The rise of Instagram has led to a lot of false representation of beauty. This whole perception of what is considered beautiful physically is very much distorted by what we see online.

“From the likes of celebrities like The Kardashians to Insta models, all are portraying unrealistic images of what we should aspire to look like.

“This leads to the younger generation, both men and women, trying to achieve quite impractical goals in terms of their appearance.

“This can take a very drastic turn and lead to detrimental results.”

Despite some influencers on Instagram trying to break the mould, they are overshadowed by the masses who conform to the norms.

Once again, it hinders those who are attempting to challenge the changing face of beauty. 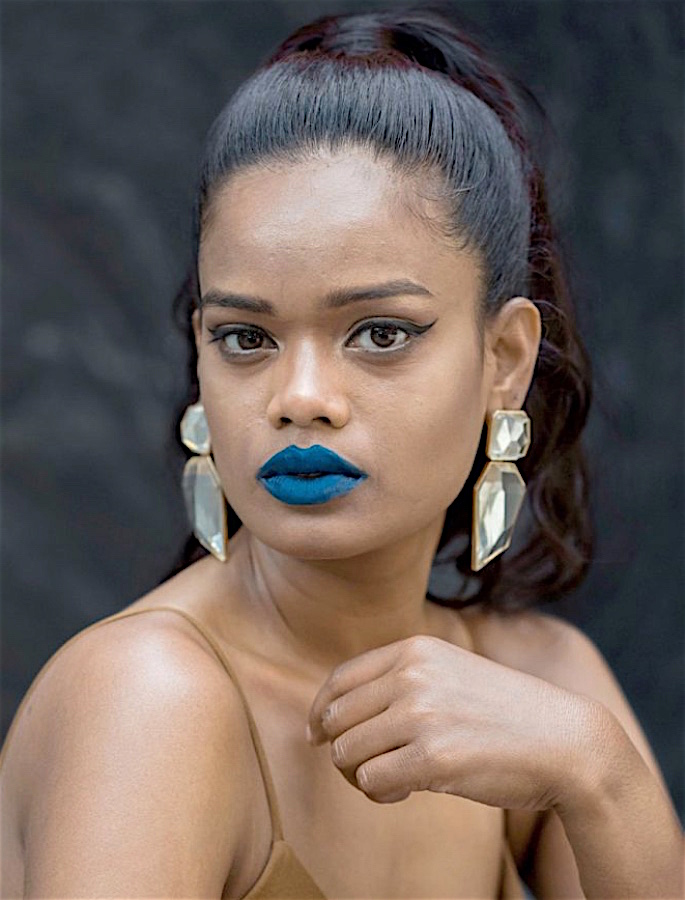 The idea of associating fair skin with being beautiful has been prevalent in South Asian culture for as long as we can recall.

This homogeneity of beauty norms has been so far nurtured that it has become seemingly impossible to navigate away from such ideals.

Despite South Asia consisting of a wide range of inhabitants, the dominant influence of the Europeans reigned supreme.

Their fair skin tone shaped the archetype of what is considered beautiful.

Yet, the concept of beauty is beginning to be challenged. Women of colour are attempting to break the continuing cycle.

One such example is the Indian model, Renee Kujur. Born in Chhattisgarh, India and based in New Delhi she was belittled for her dark complexion.

This resulted in her struggle to gain approval and work in India. Colour-conscious photographers shamed Renee for not fitting within beauty standards.

According to a report by Hindustan Times, Renee Kujur explained the struggle she faced to gain acceptance. She said:

“Sundar ladki ka makeup toh koi bhi kar sakta hai (anyone can do the makeup for a beautiful girl). The real challenge is to make a dark girl look good and I’ve done it.

Renee’s luck began to change when people began to notice she looked like Rihanna. She said:

“With such a deep-rooted prejudice in people’s mind, it would have been very tough to get work. The Rihanna factor turned out to be a blessing.

“Photographers would tell their clients that I resemble Rihanna. That way, it was easier to convince them. No one could deny that Rihanna was beautiful.

“I laughed off the Rihanna part. But soon, everyone was saying the same thing.”

“Rihanna has already convinced people that she’s sexy and beautiful and the West is crazy about her. if I resemble her, how can I be unattractive?

“That’s how our mind works. I don’t know where I would have landed without Rihanna.

“Few are willing to bend rules. For most people, beauty strictly means fair skin. It’ll take time to rewrite norms, but I’m happy that I’m part of the change.”

Renee is just one example of the women working to gain acceptance in the harsh beauty world.

Models such as Toshada Uma and Sonali Singh are also aspiring to break away from strict standards and should be championed for their efforts.

It has not only affected those who have tried to make a mark in the modelling or beauty world. Ordinary people have also felt the impact.

Komal a 31-year-old nurse explained how the set norms of being attractive affected her. She said:

“Growing up, I never really thought of myself as being beautiful. The idea of being slender, having fair skin and light hair was what defined beauty.

“I always opposed these ideals. As time has passed and we have moved forward, there has been more of an acceptance for those of us of colour.

“This has helped me accept my own features and perceive myself as being beautiful.

“Despite this, we still have a long way to go, in order for this stereotype and beliefs to be completely broken.”

In spite of societies expectations changing and the advancement towards this matter, there are still norms which need to be replaced.

We should not be restricted to what we see online, the limitations set my makeup brands rather we should feel inspired to seek change.

As it has been said, beauty is in the eye of the beholder and we should champion this concept.