Dr Mahinder Watsa is a 91-year-old Indian sexpert known for his witty and honest newspaper column on sex. A documentary film about him is also in the works.

“Most doctors in India are not very experienced in dealing with sexuality problems.”

Mahinder Watsa is an Indian sexologist or sexpert offering knowledge and advice in his Mumbai Mirror column.

At 91 years old, he is extremely open-minded and revolutionary in approaching the subject of sex, which remains a huge taboo in India.

Watsa has been penning his ‘Ask the Sexpert’ column for more than a decade, and has never shied away from using words like ‘penis’ and ‘vagina’.

His honest approach has encouraged the nation, especially Indian women, to explore sexual health and education as well.

He says: “When I first started writing, almost none of the letters I received were from women, but now it’s around 30 per cent.”

“At the beginning, women weren’t so frank, but now they are expressing themselves in ways that they never used to.

“Women are becoming more open and saying, ‘Well if men can have fun, why can’t we also’.” 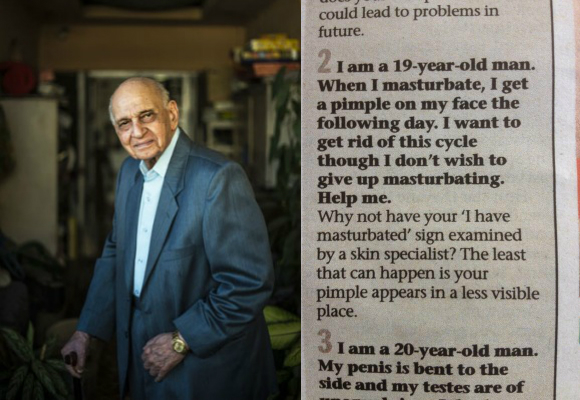 Before life as a sex columnist, Watsa worked closely with the Family Planning Association of India and established himself as a leading authority on teaching sex education.

But his unique methods shocked some of his workshop attendees and were met with strong ‘resistance’.

Watsa recalls: “In the beginning people would get very upset when I put up a slide of a penis showing it diagrammatically. Then they started to get used to it.”

Even his popular column in Mumbai Mirror has become the target, with people complaining to the police ‘children had been reading it and getting wrong ideas’.

For the obstetrician and gynaecologist, this is the entire premise on which he started his column – in order to change India’s conservative outlook and open up meaningful discussions about sex.

“There are many states in India which don’t have sex education in schools, so young people are left all on their own and there is a lot of confusion.”

“The point is, where do people get their knowledge from? Even today most doctors in India are not very experienced in dealing with sexuality problems.

“People who read it are more knowledgeable about sex, which is very wise because you can get into a lot of trouble.”

As India’s leading sexologist, Watsa receives around 80 queries a day about anything from sexually transmitted diseases to the odd and quirky questions.

One man, in particular, is very interested in knowing how to find out if their future wives are virgin.

The straight-up Watsa replies: “I suggest you don’t get married. Unless you appoint detectives, there is no way to find out. Spare any poor girl of your suspicious mind.”

And it is exactly his funny, sarcastic and honest style that quenches the readers’ thirst for knowledge about sex and leaves them wanting more. 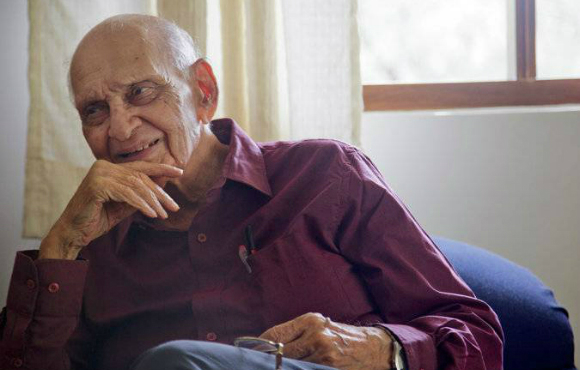 Watsa shows no sign of stopping. He has recently released a new book, called ‘It’s Normal!’, and has been out and about to attend book-signing events!

A documentary, named after his column, is also in the pipeline.

New York-based filmmaker, Vaishali Sinha, says: “Flooded with questions via the daily newspaper, emails, the cell phone ringing and in-person consultations, it’s hard to imagine him being able to retire.”

You can watch the teaser trailer here: 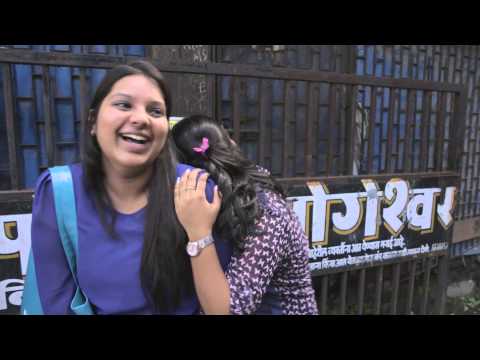 Fame is something Watsa still finds surprising at times, but where there is demand, he will happily supply:

“They say the column has a big following and sells the paper, so I’ll continue for as long as the paper wants me to, unless I get Alzheimer’s or something.”

Images courtesy of Public Radio International and Open The Magazine