Part 2 of the ‘History of Competitive UK Bhangra’ sees university Bhangra go international with teams competing abroad and the emergence of all-girl teams.

Between 2007 and 2012, the Bhangra scene had changed rapidly to welcome more national competitions for universities to compete in and a renewed emphasis on traditional, folk styles of dance.

As we move into 2013 and beyond, the competitive UK Bhangra scene went global, with teams competing and winning competitions abroad.

We also saw the rise of all-girl groups competing, overcoming the barriers of traditional patriarchal mindsets.

DESIblitz explores the history of Competitive UK Bhangra and its key turning points. This is part two of three, spanning from 2013-2016. 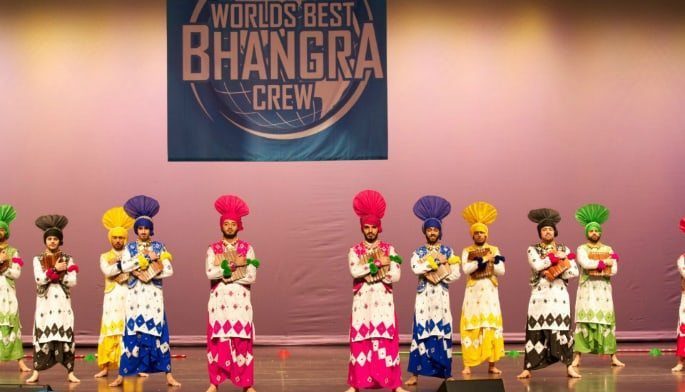 Sahib, the founder of Gabru Chel Chabileh, said: “We had received some exposure out in the US and were invited by World Best Bhangra Crew to compete.

“The reasons for going to America were simple – we wanted to be the best in the UK, but we wanted to first push Bhangra in a certain direction as we always wanted to stand out and be unique.”

Since then, a number of other teams have competed abroad too. In 2014, three UK teams competed abroad – Josh Valaithian Da and Ankhile at World’s Best Bhangra Crew, who won their matchup and placed 3rd respectively, and Ankhi Jawan at T Dot Bhangra.

Josh Valaithian Da continued to establish themselves as one of the top teams in the world by winning World’s Best Bhangra Crew in 2015 and Boston Bhangra in 2016.

Sahib called their emergence another key turning point where “such high energy sets with a focus on sync was something which was new and exciting and did really well”.

Furthermore, UK dancers have been credited on a global basis.

Ramey Bajwa, former captain of the University of Birmingham and Gabru Chel Chabileh, became the first UK dancer to judge an international competition in 2016 at Harbour City Bhangra in Australia. 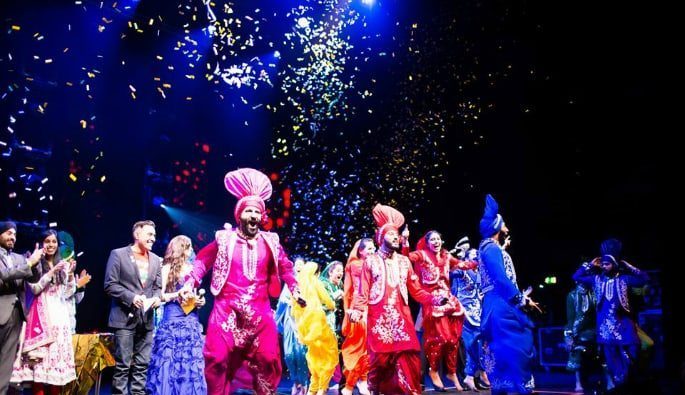 The Bhangra Showdown 2014 marked the 3rd win in the last four years for the University of Birmingham, where they continued to bring stellar performances in terms of traditional choreography, cleanliness and execution.

This was also being seen in a number of other teams who are shifting away from a gimmick and individual based Bhangra performance.

Simrath Mangat said: “2012 and 2013 saw a very gimmick led culture on the scene where the focus wasn’t on dancing but on making things look more spectacular with gimmicks. We saw many things non-Bhangra being put on stage.

“However, in 2014, people were starting actively learn and the quality of dancing improved. You start seeing teams – before it was individual focused.” 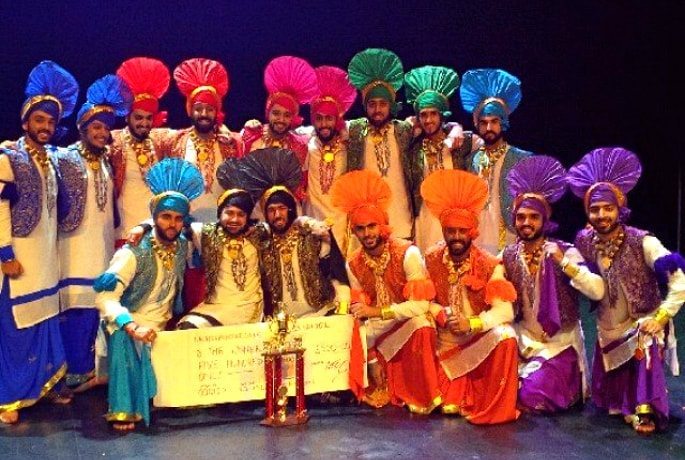 Moving away from the non-Bhangra influenced era, The Bhangra Competition 2014 became the first Bhangra competition in the UK which solely focused on the competing teams.

Harwinder Mander, the founder of the competition, says: “It became clear that the non-University teams needed a higher standard of music competition that focused on their abilities and routines.

“I also wanted to eliminate the ideas that a Bhangra competition needed artist performances, gimmick-led rubrics and an alcohol-fueled audience to be successful, but due to this uncertainty the name was TBC which literally stood for ‘to be confirmed’.

“To their credit, eight of the strongest teams and dancers the UK has ever had competed at that first competition.”

This competition was considered a major turning point for the scene as the quality of performances of that night, particularly that of winners Gabru Chel Chabileh, set a new benchmark for competitive UK Bhangra and even made North American teams notice the talent UK teams had to offer.

2015 saw the relaunch of Folkstars, which featured a line-up of extremely credible teams.

Asad Afzal Khan, co-founder of Nachda Sansaar Bhangra Club, said: “There was an incredible amount of talent – we even had ustaads from India. The winning set that Ankhile Putt Punjab De did is the UK’s best ever live set to date. They set the bar really high for live folk bhangra.” 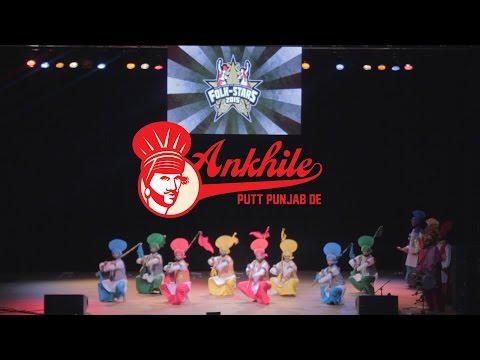 Greater awareness of folk Bhangra also came across through exhibition acts and folk dhol classes organised by Vasda Punjab, who have won Folkstars in 2012 and 2016.

These exhibition acts were featured in a number of competitions and included styles such as Ludi, Malwai Giddha, Jhoomar and Giddha.

Jaggi Singh, a Vasda Punjab dancer, said: “We put a seed out there and hoped that it would grow during the time. We started doing exhibitions and year on year we were putting out new folk dance forms that people did not know about. Folk inspired everyone.”

Whilst this made history, Juhee Pahuja, who danced with AJ Girls for Bhangra Wars 2015 and is Captain of St Georges Bhangra Team, believed that this win deserved more recognition:

“I was initially very reluctant to [be] dancing with all girls but it was a discovering experience. Fellow females can be the closest bonds you make as a girl. Being the first all-girls team to win a Bhangra competition, it had been a long time coming.

“This win should have signified a bigger achievement, like in North America, which I believe did not happen. Instead of celebrating, appreciating and providing constructive criticism to winners of any competition, spitefulness and disregard seems to dominate and overshadow the pioneering moments of the scene.”

This is despite Juhee and a number of female dancers captaining competitive UK Bhangra teams and taking the competitive scene further.

Natasha Kataria, co-founder of Bhangra Punjabian Da, says: “One great leading example is Isha Dhillon, who started off as a dancer with her University team, went on to judge competitions, became a co-founder of a Bhangra competition FolkStars and is continuously contributing to expanding the platforms for teams to showcase their talents through other competitions like Capital Bhangra and Bhangra Fest.”

Isha Dhillon Berik says: “You only have to look at girls from teams such as JVD and Luff Bhangra to see how well the girls are doing! It’s heartwarming when I judge competitions and give feedback to teams praising the girls because I understand that these girls have had to work hard in order to prove themselves.

“When I started dancing, girls were told to stick to Giddha by some of the older traditional male-dominated teams by judges after competitions.”

Josh Valaithian Da have exemplified how girls were no less than the boys by having 2 female dancers in an all boys set in Worlds Best Bhangra Crew 2015, as well as bringing the only all girls team at Folk Stars, where they came 3rd.

There has also been a growing number of all-girl teams in competitive UK Bhangra. Harpal Singh, founder of Ankhile Putt Punjab De, says:

“I have always been a firm believer that Bhangra is for anyone and that there should not be any form of discrimination. I was very determined to change a misconception that only males can do Bhangra. This is why Ankhile Girls was formed – our girls share the same passion and drive as us males do in spreading our prestigious culture and art.” 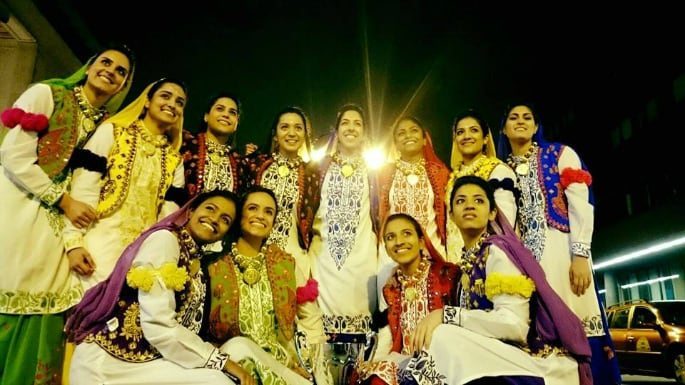 However, there are leaps and bounds of development still to go despite “more focus on training female dancers well, all-girls teams and female led teams forming”.

Juhee adds: “There used to be a trend where girls would remain at the back, in less visible formations or doing less complicated/demanding moves in sets. This can be attributed to the beliefs held by both males and females believing female dancers lack capability.

“These gender differences in Bhangra stem from the prejudice inherent in the Asian and worldwide community, holding females back from reaching their full potential as dancers and as potential choreographers and Captains.”

“Strong female dancers are becoming the focus of the scene, but it usually is driven by the fact that girls need to show more power on stage which will automatically make them eligible to be regarded at same level as a male dancer and as a best female dancer.

“Stereotypically, females are usually associated with being more graceful and males with more power but without the other qualities, the dancer is not strong and the best. The focus should be on training all individuals to encompass all three of energy, grace and technical ability rather than improving selected aspects such as power through ‘high legs’ in females and ‘nakhra’ (grace) in males to make up for assumed strengths and weakness in the gender stereotypes.

“There is still doubt that a female is less capable of being knowledgeable in Bhangra, less able to choreograph, lead a team and produce a set, let alone a winning set, without any male influence. This fundamental attitude needs to change.”

Stay tuned for the final part of the ‘History of Competitive UK Bhangra’, where DESIblitz explores the current era of UK Bhangra and how it will continue to progress in the future.

Images courtesy of Ankit Choubey Photography and One One 7 Resonare