An Indian man has explained that he has become frustrated with actress Sunny Leone for using his phone number. Find out why?

"The phone keeps ringing until four in the morning."

Sunny Leone featured in Arjun Patiala but her role in the film has frustrated one man.

In the film, she reads out the phone number of the character she plays, however, the filmmakers mistakenly used an active number.

This has resulted in 26-year-old Puneet Agarwal receiving hundreds of calls every day from people believing it is Sunny’s number.

He said that he is “exhausted and frustrated” by the constant attention he is getting.

Since the film released on July 26, 2019, Mr Agarwal has not been able to work, sleep or even eat in peace.

He said: “I don’t even dream anymore. The phone keeps ringing until four in the morning.”

As a former adult film star turned Bollywood actress, Sunny Leone is often portrayed as a sex symbol so it is no surprise that men from various parts of the world are calling Mr Agarwal.

He stated: “They [the film’s producers] should have at least called to check if it’s a real number.”

Despite the calls, Mr Agarwal has refused to change the number which he has had for years.

“It’s connected to my business and many old friends have this number.”

On the first day of Arjun Patiala‘s release, he received a phone call. The man asked to speak to Sunny but would not believe Puneet when he told him he had dialled the wrong number. 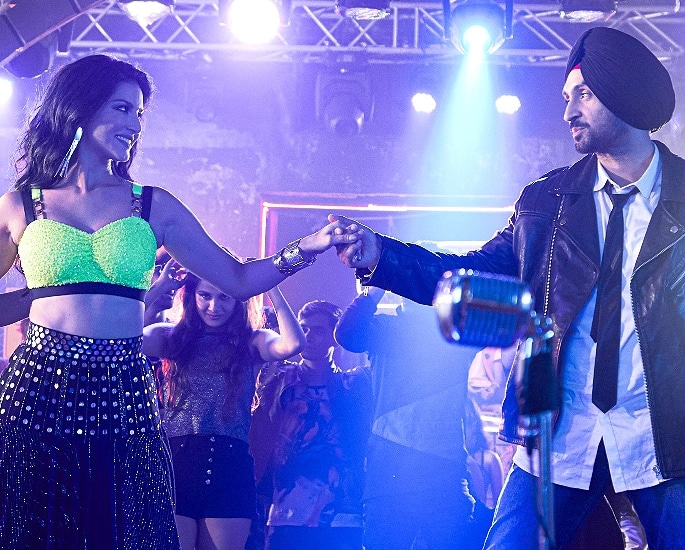 “The first two, three, even 10 calls, I thought someone was playing a prank on me. I thought maybe it was a friend of mine.”

However, the calls continued and everyone had asked: “Can I speak to Sunny Leone?”

Mr Agarwal soon started to realise what was happening as many callers mentioned the film. He then decided to go and see the film.

“So I watched the film and my number was really there.

“It wasn’t the fault of the callers. They really were given my number!”

But, Puneet said that while most callers are polite, some are abusive.

He told the BBC: “It starts politely. But once I say I don’t know her, they start abusing me. They say they know where I live and they will come teach me a lesson.”

The constant phone calls have led to Mr Agarwal filing a petition to have his number edited out of the film.

He explained that he does not want to sue the filmmakers, he just wants to make sure his number is not publicised even more, like when the film becomes available on streaming networks.

Sunny Leone has since responded and has apologised for using his number in the film.

She told Mr Agarwal: “Sorry I didn’t mean for that to happen to you. Must get some really interesting people calling!”