Human Urine can be Transformed into Electricity

"Human urine yields urea that can be used for agriculture, industry and now electricity in rural areas"

Human urine, the trending #PeePower pun of the moment.

Scientists at Bristol BioEnergy Centre, have developed a microbial electric fuel device system, that can generate electricity from urine, through the bacterial chemical processes that occur within the human body cells.

With the ability to produce sufficient energy that can charge a mobile phone and light up public toilets, this fascinating human urine invention, is a cheaper alternative to other forms of electricity.

Further, with the aim to improve conditions in countries where there is a lack of power supply, this achievement is being explored as a possible way to bring electricity to refugee camps.

The Process of Human Urine Power

The process of transforming urine into electricity is based on microbial fuel cells, which carry an anode aspect.

These are just like batteries, which drive an electric current or flow, by using bacteria. As such, like a system of an energy converter.

So the bacteria establishes control over the anode electrode, performing as a catalyst. In the process of which, it decomposes the organic substance contained in the urine.

And, as a result, the combination produces electrons, to store or use directly for electricity purposes. 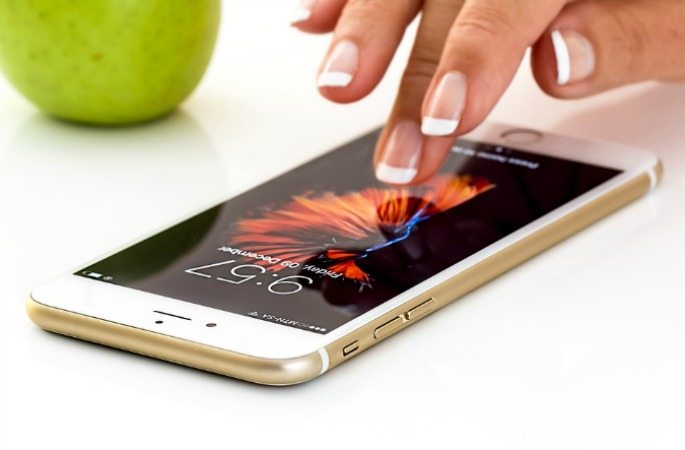 BioEnergy Bristol demonstrated that roughly 600ml of urine is required to charge a mobile phone, providing it six hours battery life. And that so, making it sufficient to uphold a three-hour call.

But, does that seem like you have to urinate all day long?

Well, the relevant research authorities suggest that you can put your urine to good use with only one bathroom break!

Interestingly, the fresher the urine, the more power it has as a fuel to generate electricity. 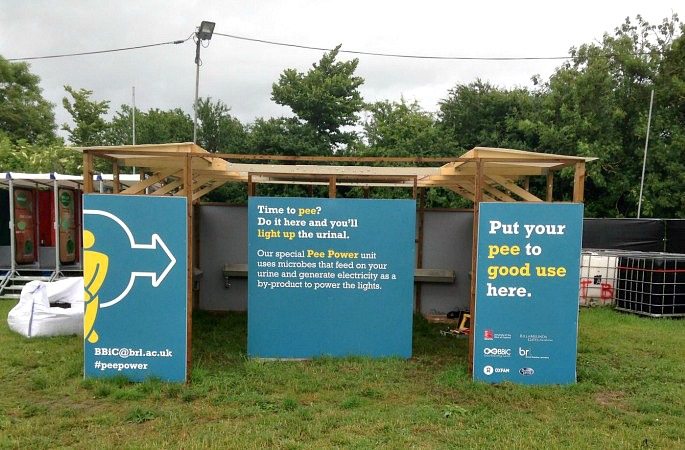 In 2016, the BioEnergy team at Bristol built outdoor public toilets at the Glastonbury Music Festival. As such, urinal cubicles were installed, to test the human urine power.

However, due to their designed structure, it was only possible for male members to use them.

Yet, it was gathered that urine can produce enough electricity to illuminate the cubicle LED lights.

And now, in association with BioEnergy, another recent experiment, trending on the Twitter account, “Shewee-inal,” has demonstrated electrical power from female human urine at festivals:

“Whatever a man can do ~ a woman can do better!,” tweets Shewee-inal.

“The greatest wee of my life! I will consider having the op!” 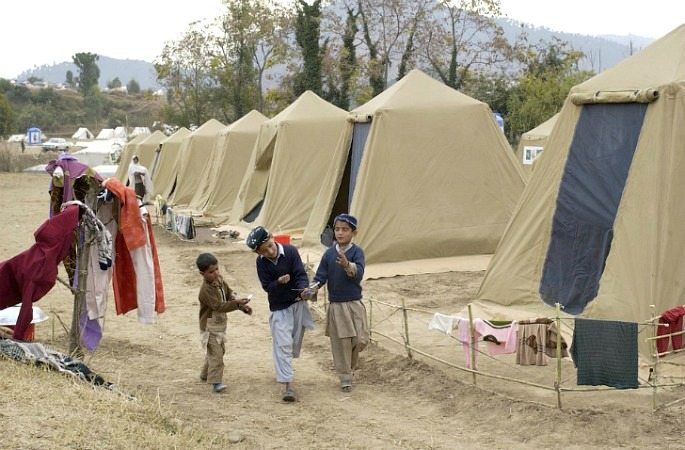 We can call it a revolutionary step!

The BioEnergy research centre plans to take the urine power facilities across the globe, and light up the darkness in disastrous areas.

They have collaborated with the prominent charity organisation, Oxfam, and Bill and Melinda Gates Foundation, to explore how electricity could be provided to refugee camps.

The lack of power in refugee camps, and within their toilets, makes them extremely dangerous and unsafe:

Oxfam’s Head of Water and Sanitation, Andy Bastable says: “Living in a refugee camp is hard enough without the added threat of being assaulted in dark places at night.”

Countries like India, Pakistan and Africa, suffer the most. Not just within the refugee camps, but in many other poor parts.

But, with the recent collaboration and the exceptional research project:

“Human urine yields urea that can be used for agriculture, industry and now electricity in rural areas.

“OXFAM can apply it for electric lighting in refugee camps in Africa,” tweets Sheewee-inal.

Loannis Ieropoulos, the Professor and Director of BioEnergy and Self-Sustainable Systems, says that:

“The ultimate purpose is to get electricity to light the toilets, and possibly also the outside area, in impoverished regions, which may help improve the safety of women and children, in countries where they have to use communal toilet facilities outside their homes.”

Can the human urine power project work under such pressurised conditions?

Certainly, the team at Bristol have tested the microbial fuels cells under various surroundings. As such, it is also suitable to progress under the ground, above the ground. As well as, through different weather conditions.

What does the Public say about the Human Urine Power?

#PeePower has surely been trending across social media platforms, with rather amusing public reactions:

One Twitter user Kyle Cross says: “This never worked after dropping my phone into the toilet while peeing.”

Moreover, Talk@keong Tweets: “We need this fast… a lot of it. What if there are bacteria to break down plastic too.”

Meanwhile, ThugGonzo adds: “#Peepower this is an awesome innovation. Yes, Africa needs this. We are the waste dump of the world anyway.”

Notably, if the project can utilise human urine to produce electricity, it can also monitor the urine. In other words, it could serve to indicate any diseases, and treat the urine, aiding the safety of people in such public accommodations.

All in all, that urine flushed down the toilet is relatively cheap! And therefore, could possibly become a great support in the future, powering our smartphones and assisting in developing countries!