HS2 Railway to be built in Birmingham

Birmingham City Council have announced that the HQ for the high speed railway HS2 will be in Birmingham. The project will provide 1,500 new jobs and there is also a planned regeneration programme for the area.

This development will provide a £1bn-a-year boost to the local economy.

The project will be based in Birmingham, meaning that 1,500 jobs will be created in Britain’s diverse second city.

On Monday 21st July, Birmingham City Council also announced that it was going to create an urban regeneration company. This company will oversee the development surrounding the HS2 station, which will be situated in Curzon Street.

The council claimed that the regeneration, which will include offices and 2,000 houses, would create 14,000 jobs. They also estimated that this development will provide a £1bn-a-year boost to the local economy in Birmingham.

Sir Albert Bore, the leader of Birmingham City Council, said that this area’s industrial history made it a very appropriate location for HS2 construction. 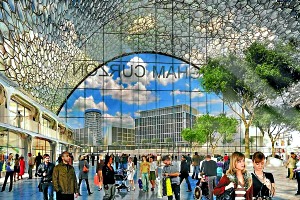 He said: “Since the industrial revolution, Birmingham has been a national capital for engineering, so it is only natural that the HS2 construction HQ be based in Birmingham.

“HS2 is an important step in rebalancing the country’s economy, supporting growth in the regions and encouraging more inward investment into the city.”

The HS2 station in Curzon Street will have room to house up to 1,500 HS2 employees and the first part of the offices is due to open in 2015.

Though some jobs will be relocated from London, with people moving or commuting, the majority will be new skilled employment sourced from Birmingham.

The designers and engineers responsible for detailed construction planning, including the stations, track and signalling, for HS2 will be from Birmingham, and working within the city.

Bore stressed the importance of making sure HS2 benefits Birmingham fully. He emphasised how the regeneration aspect would be crucial to Birmingham’s involvement with the high-speed rail project.

He stated: “It is essential that we have the power to make local decisions, and the regeneration company will allow us to realise the full potential and benefit of HS2 for this area.” 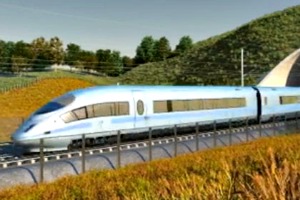 HS2 could revive the Midlands and North of England by opening up more business opportunities. It will mean new jobs during the construction phase, and then increased connections with London and Europe post-construction.

Transport Secretary, Patrick McLoughlin, said: “HS2 is a vital part of our long-term economic plan. By locating the new HS2 engineering HQ in Birmingham we are bringing skilled job opportunities into the area, spreading the HS2’s benefits beyond those using the new rail line.”

McLoughlin also agreed with Birmingham City Council that the regeneration aspect of the HS2 station in Birmingham was crucial and praised the council’s planned development:

“It is great news that Birmingham City Council has created a company specifically to focus on the regeneration opportunities created by HS2. It will bring new investment work into the city, helping to secure the future prosperity of the region and the country.”

This news comes at a time when unemployment, especially among the British Asian community, is a growing problem.

In January 2014, official figures released by the Department for Work and Pensions shows that minority ethnic groups are more than twice as likely to be unemployed than their white counterparts.

Bearing in mind the extent of unemployment within the British Asian community, and the large South Asian population of Birmingham, the move of HS2 to the city could be really beneficial. It could boost the economy of Birmingham overall, and help address a problem for the city’s South Asian inhabitants.

Eleanor is an English undergraduate, who enjoys reading, writing and anything media related. Aside from journalism, she is also passionate about music and believes in the motto: “When you love what you do, you’ll never work another day in your life.”
Clean Water ATMs planned for Delhi
Indian World War II Veteran awarded Medal