"I moved on to adding definition."

Ananya Panday’s makeup repertoire has the hallmarks of a Gen Z star: impactful, unexpected and never not fun.

The star has been known to experiment with her palette, dabbling with neon hues.

For the promotions of her recent release, Gehraiyaan, Ananya Panday continued to serve makeup inspiration including the high-shine metallic lids.

She said: “Originally, we did an orange pop of colour on the eye, but it was changed at the last minute.

“We felt we were being rather adventurous and since this particular look was for a reality show to be aired on national television, I decided to keep the makeup more neutral yet glamorous.”

To go with the candy-hued bodycon and blazer that the star had chosen, the Mumbai-based makeup artist opted for a playful finishing touch by adding a rosy gloss to the lip and a metallic bronze for the eyes.

Stacy also shared a step-by-step guide for recreating the look for date night:

“To go with the pop hues of the outfit, I kept the skin very fresh and young by opting for a dewy base.

“After correcting and concealing the skin, I moved on to adding definition.”

For the eye makeup look, Stacy “started by sweeping a darker matte brown shadow on the natural creases and blended it out.”

Ananya Panday’s makeup artist added: “I love to add a little bit of water to my brush when using metallic pigments as it really enhances the application of the pigments.

“A tight black eyeliner on the lash line is always a must, no matter what look you’re going for as it opens up the eye.” 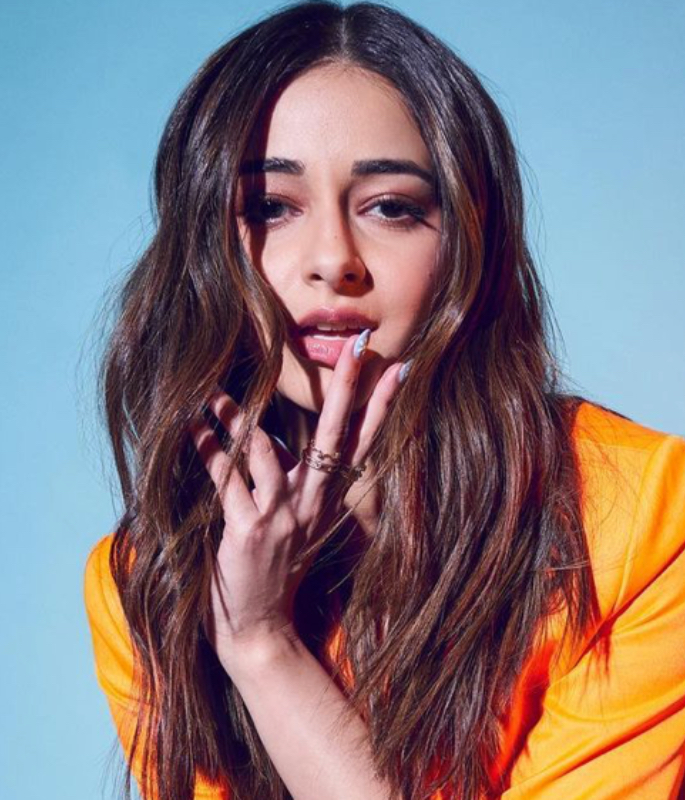 In other news, Ananya Panday and Ishaan Khatter have reportedly called it quits.

As per a report in Pinkvilla, Ananya and Ishaan have decided to end their relationship after dating for three years.

The source said: “The two bonded well on the sets of Khaali Peeli and that led to the beginning of a new journey.

“However, after living their lives together for 3 years, they have decided to finally end their relationship.

“It has been a mutual call and things have ended on a positive note.

“The two will continue to be cordial going forward.”

The source insists that the two might even do a film together if an offer comes their way and are handling the breakup with maturity.

The source concluded: “It’s all fine for them on the friendship front, and they have parted ways on a good note.

“They realised that their way of looking at things was a little different from each other and hence the decision.”

Ravinder is a Journalism BA graduate. She has a strong passion for all things fashion, beauty, and lifestyle. She also likes to watch films, read books and travel.
South Asian Beauty Queens who faced Racial Backlash
8 Most Expensive Bollywood Celebrity Weddings