How Taimur Ali Khan is being Prepared for his new Sibling

Patiently awaiting their second child, Kareena Kapoor Khan and Saif Ali Khan are preparing their son Taimur to be an older brother.

"at this stage, kids are very possessive about their parents"

As Saif Ali Khan and Kareena Kapoor Khan await the birth of their second child, they are also preparing Taimur to have a new sibling.

The Bollywood stars are expecting their new arrival soon and, according to sources, are helping Taimur prepare for the transition.

Now, the four-year-old must learn how to share the limelight now he is due to become an older brother.

According to a source close to the family, Kareena has been making Taimur aware of what is to expect with a younger sibling.

In a conversation with BollywoodLife, the source said:

“Taimur is very small now and at this stage, kids are very possessive about their parents and want all their love to themselves.

“So, Kareena has been making every effort necessary to ensure Taimur is aware of the arrival of his new sibling and is having conversations with him about the baby every day, explaining to him that a little friend is on the way to give him company for life.”

The source went on to say that Kareena Kapoor has arranged playdates for Taimur and his cousin Inaaya Kemmu. Inaaya is the daughter of Kunal Kemmu and Soha Ali Khan. 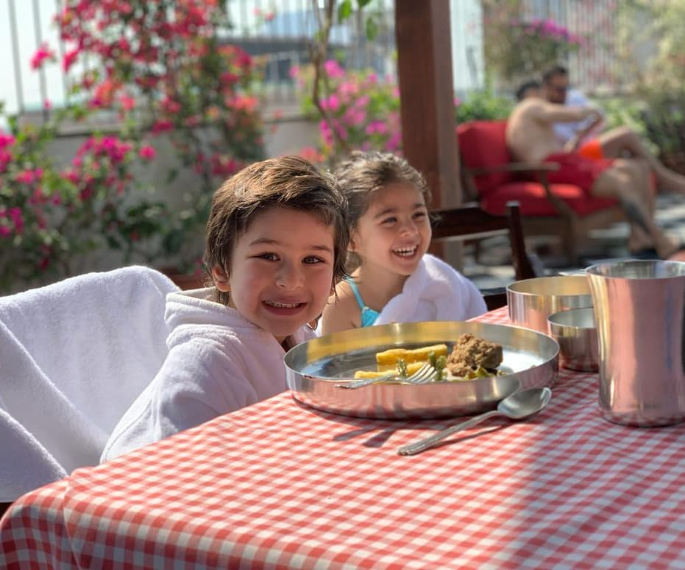 Kareena is aware that Taimur will need more company as she will be busy taking care of her new arrival.

“Furthermore, she has planned several playdates with Taimur and his cousin, Inaaya Kemmu (Kunal Kemmu and Soha Ali Khan’s baby girl), as after the arrival of the newborn, Kareena will be dedicating herself full time to the infant’s care just as she had done for Taimur.

“In the interim, maasi Kareena Kapoor and papa Saif will be around Taimur to smoothen the transition phase.”

Kareena Kapoor Khan and Saif Ali Khan announced the news of their second pregnancy in August 2020.

In a statement, the couple said:

“We are very pleased to announce that we are expecting an addition to our family.

“Thank you to all our well-wishers for all their love and support.”

Saif and Kareena, fondly called Saifeena by fans, got married in 2012. Their son, Taimur Ali Khan, was born in 2016.

Saif also has a son, Ibrahim, and daughter, Sara, from his previous marriage to actress Amrita Singh.