How do British Asians feel about Desi Food?

The experiences British Asians have with Desi food differ massively. DESIblitz spoke to a number of people on this topic.

“I don’t think I could live without Desi food."

The relationship that British Asians have with Desi food is a mixed one, with both love and challenges.

South Asians began migrating to the UK around the mid-17th century and with it came spices and traditional dishes.

While some British Asians experience positive moments when they share their food, others do not.

This is typically seen in the workplace and in school where some Desi people choose to bring traditional dishes in for their lunch.

How would you define your relationship with Desi Food? 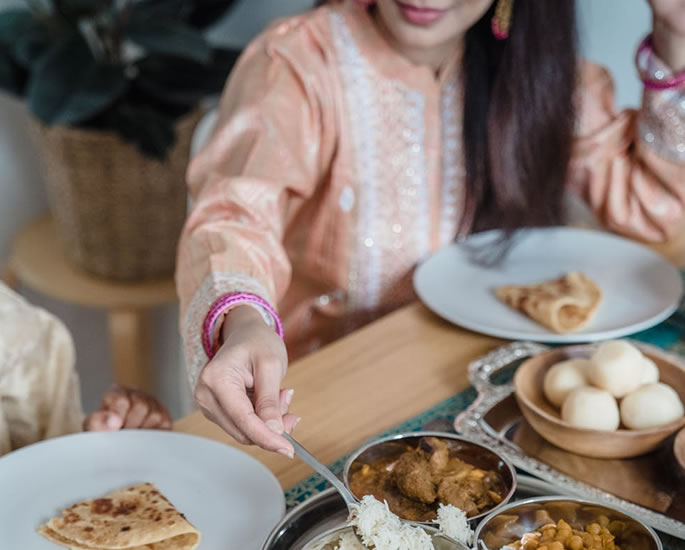 A changing lifestyle means that food in households has changed. This is the same in British Asian households.

For many, there is a mix of Desi and non-Desi food as GCSE student Hassan Ahmed* says:

“I mean I like it. But it’s not a big deal if I don’t have it. I can get sick of it sometimes.

“It’s all that’s cooked at home. So takeout days are my favourite.”

Meanwhile, some cannot live without their South Asian dishes.

Fourteen-year-old Aisha Bibi* said: “I actually love it. It’s all I eat at home and my mom’s a great cook.”

Shaheen Mustajab* agreed: “I don’t think I could live without Desi food. It’s all I’ve known in a way.

“There is so much flavour in Desi food.

“It tastes great. I ate it growing up. I fed it to my kids, and I still eat it now. One can’t get sick of it.”

But for 34-year-old Mastan*, his relationship differs significantly. He said:

“I didn’t grow up eating much Desi food. But we did have it every now and then which was nice. I don’t think I missed out if I’m honest.”

The relationship British Asians have with South Asian food is very broad and this is based on the fact that they have contrasting upbringings.

Would you eat Desi food in Public? 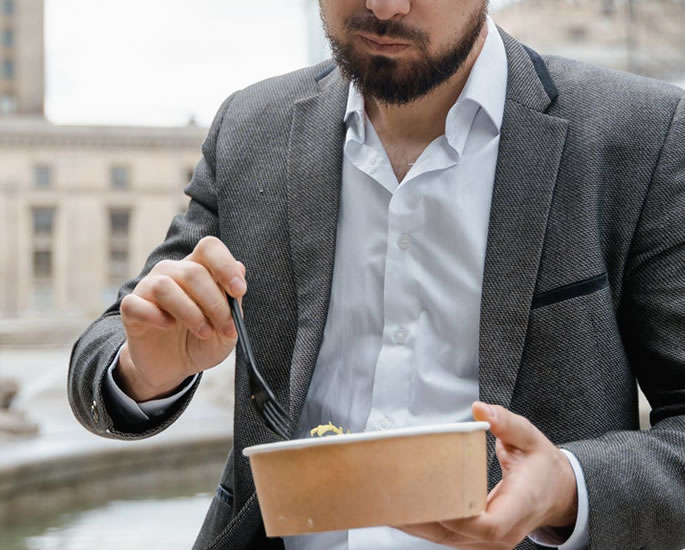 The experience with food is something that is instilled at a young age but it differs when it comes to public v private.

Aisha says: “No. I don’t think I’m confident enough to do it unless it’s meant to be if you get what I mean. I don’t want to get bullied.”

This is the same for university student Alishba Hussain*. She says:

“I love Desi food, but I feel like I could probably never take it into a workplace because of the smell.”

“It’s definitely embarrassing in public. I could eat a burger at work and not care. I could eat Desi food at a Desi restaurant but not at work.

“I think that stems from the whole ‘p***s are smelly’ kind of stuff we used to hear or ‘curry munchers.’

“It shouldn’t be this way, but it is. There’s an unsaid stigma attached to Desi food.”

Her comment highlights a reason why some British Asians feel embarrassed about eating Desi food in public places.

For some, Desi food has been used to racially discriminate against British Asians.

This was experienced by a teacher named Amari:

“For one of my placements when I was a trainee, I was in a predominantly white school.

“I bought biryani for lunch and the number of looks I got for it was insane.

“Nobody ever said anything. But body language and the little stares are everything. It made me feel so small. I don’t take Desi food to work anymore. Pot Noodles it is.

Passive-aggressive attitudes, bullying, and racism are a few of the major reasons why some British Asians have begun to feel a disconnect with Desi food.

On the other hand, some have expressed very different views and experiences.

Daljeet Singh, a 32-year-old man, says: “I like my Desi food. I don’t find it embarrassing to eat it at work.

“I take it sometimes but most days I take a sandwich just because it’s more convenient.

“I’m not embarrassed by my food. I can survive off western food at lunch times. My dad still takes Desi food to work. He can’t live without it.”

“I definitely don’t feel embarrassed eating Desi food at work. Where I work people are respectful and mind their own business.”

A similar experience is shared by Ravi*, who says:

“At my workplace, everyone brings diverse foods, and we try each others’ sometimes.

“I’ve never had an incidence where someone had something negative to say about the food I bring.”

For nurse Mansha Sami*, her experience has been a celebratory one.

“I’ve been working for many many years and I’ve almost always taken Desi food to work. Nobody has ever said anything.

“People have complimented me for the variety of dishes I bring. I bring veg samosas for everyone in my department once a year and they are gone by the end of the day.”

Do you cook/order more Desi food or Western Food? 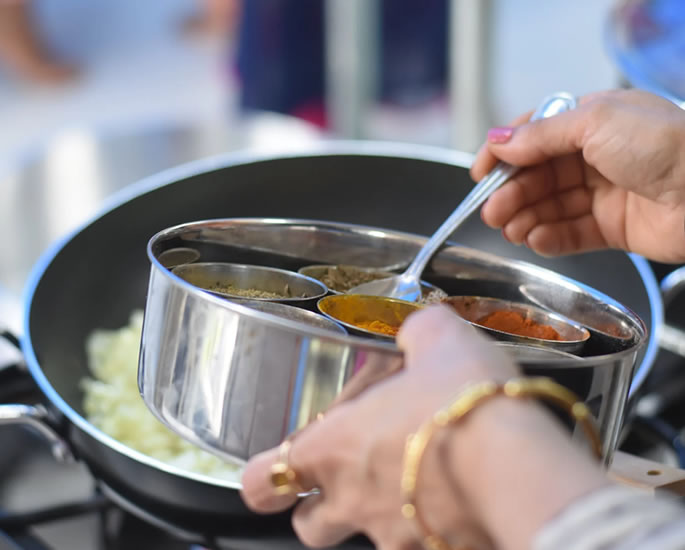 As households change over time, the types of food we eat also change.

“A mixture to be honest. My husband loves his Desi food and needs to have it a couple of times a week, but we do cook a lot of western food.

“We schedule what’s to be cooked weeks ahead. We like a good balance between the two. “

This is the same for Fahim Malik, who said:

“There is so much variety with Desi food and it’s easier to cook than it looks.”

Mother-of-two Meena Mubin* says: “We tend to eat Desi food for the most part, but every Sunday we have western food. We do that every week.

“It’s kind of a tradition of a sort now. I don’t know how and when it started.”

For many British Asians, Desi food is very much part of their diet.

Even if they are hesitant to eat it at school and in the workplace, it is still very much part of the home.

Desi food is very much part of their culture and while the experiences differ, it remains a huge part of British Asian people’s lifestyle.

*Names have been changed to preserve anonymity