Britain’s Asian Youth Movements sought to overcome the racial discrimination that was rife in the 1970’s. In an exclusive Gupshup with DESIblitz, Dr Anandi Ramamurthy aims to educate the British Asian youth of today.

"The youth show us that when you stand together, you stand tall and you can achieve an awful lot."

Crucial historic events have taught us that in order to build solidarity against oppression, careful organisation is fundamental.

In the 1970’s, Britain bred a number of Asian Youth Movements, whose sole purpose was to counter the racial discrimination and instances of violent abuse faced by ethnic minorities that routinely took place on its city streets.

Originally from India, Dr Anandi Ramamurthy migrated to Britain in 1977 during the midst of key British Asian Youth Movements.

In an exclusive interview with DESIblitz, Anandi speaks about how Asian people today can learn through past events in order to build a better future for everyone: 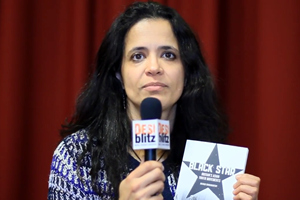 “Sometimes today, people feel disillusioned and think they have no power. But one the things that the youth show us is that when you stand together, you stand tall and you can achieve an awful lot,” she tells us.

The 1970’s in Britain acted as a catalyst for an epidemic of overt racism. The economic downturn led to a recession leaving many people jobless, and the White British community grew increasingly frustrated. They sought a ‘scapegoat’ to take the brunt of their blame, and so ethnic minority groups became prime targets.

Violent, racial attacks ensued like ‘Paki bashing’ resulting in a great number of deaths nationwide. Police of this time were notorious for turning a blind eye to such acts of criminality.

The Asian population were left feeling let down by the authorities, having to defend their communities by themselves. 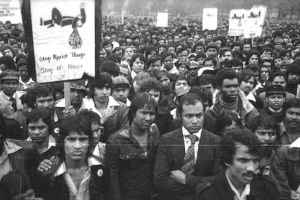 Today, as we experience yet another recession, it is becoming frighteningly apparent that negative attitudes towards race are resurfacing.

The most pivotal point in this historical movement was the racially motivated stabbing of 18-year-old Gurdip Singh Chaggar on the streets of Southall. Outraged by this unlawful attack, the Asian people of Southall took action, creating the first BAYM.

Bradford was next to adopt the movement, which then later spread to Bolton, Birmingham, Sheffield and many other cities across Britain, where communities of South Asians lived.

The BAYM initially began as ‘The Indian Workers Association’. Formed in Coventry in 1938, it was an organisation that fought for Indian independence through anti-racist campaigning. 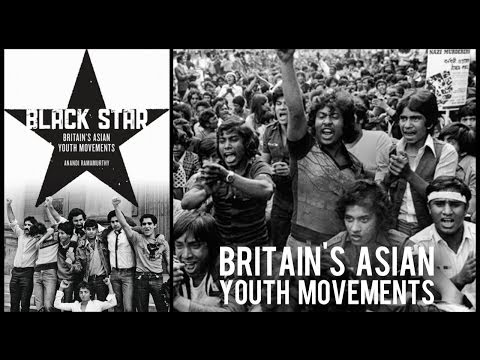 However, in later years Asian communities opposed the generalisation that all Asian people should be categorised as ‘Indian’ and therefore BAYM became the chosen title. A monthly magazine was produced to help members with such issues as unemployment, racial attacks and dealing with arrest.

Members were predominantly male at first, but that soon changed as more and more Asian women moved to Britain to reunite with their families.

Asian women were the most oppressed members of society during this time, often facing eviction had they spoken out against such matters as domestic violence. They began to find the courage to fight back, joining the men in a battle for equality.

Anandi also raises the incredibly important question of illegal immigration. Should it be a criminal offence to move and find work to feed your family?

Especially today, these blurred lines of inequality must be readdressed to avoid a continuation of racial oppression. Anandi explains:

The launch of BAYM came at a time where although Labour were in government, the far-right National Front Party had claimed the spotlight after rapidly increasing in popularity.

Asian’s were stigmatised routinely as ‘dim-witted’ and ‘devious’, especially within the media in TV sitcoms. British Asian’s had aspirations to be great professionals but instead were unfairly faced with lower wages, poor working conditions and job cuts.

The National Front taunted Asian’s in schools and violently attacked them in their houses by night. In 1976, the NF marched through a primarily Asian part of Bradford, Manningham. To the surprise of the Police and the NF, the Asian community were marching too. 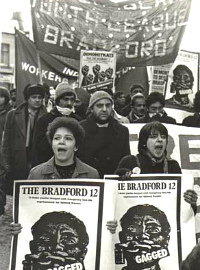 Under the slogan, “Here to stay, here to fight!” the Youth took to the streets. Differing to their parents living in the 50’s and 60’s who adopted the mentality of ‘turning the other cheek’, the Youth were prepared to defend themselves against violent attacks.

Members of the Youth made petrol bombs to defend themselves. Although unused, the police found these and arrested 12, later infamously named the ‘Bradford 12’.

The support received from the general public was immense who argued that: “Self-defence is no offense.” Determination and their unwillingness to back down led to eventual acquittal, all narrowly avoiding life-sentences. This event marked a huge turning point in the fight for racial equality in Britain.

Anandi’s book, Black Star: Britain’s Asian Youth Movements contains interviews of past movement members along with documents, stories and biographies. Today’s young generation of British Asian’s are shockingly oblivious to the history and struggle their families had faced.

The UK is not yet free from racism as demonstrated by current, racist political parties such as UKIP and BNP.

Education is a vital component to allow the legacy of the BAYM to continue. It is important to help those facing similar examples of oppression today.

If BAYM can teach us anything, it is that British Asian’s should continue to unite and defend their communities against both casual and overt racism. History proves that taking a stand against racism can positively impact on society.

Laura is an avid writer with a particular interest in writing from a feminist perspective regarding a variety of social and cultural issues. Her passion lies within journalism. Her motto is: “If there's no chocolate then what is the point?”
How to Plan an Asian Wedding
Asian Drug Lords Jailed for 31 Years