The teaser and release date for ‘Gandhi Godse Ek Yudh’ was unveiled and it presents a standoff between Mahatma Gandhi and Nathuram Godse.

"Excited to watch it in theatres.”

The teaser and release date of Gandhi Godse Ek Yudh was finally unveiled on January 2, 2023.

Touted to be one of the most-anticipated films of 2023, the teaser was posted by Tanisha Santoshi, the daughter of the film’s director Rajkumar Santoshi.

She took to Instagram and wrote: “War Begins! The teaser is out now!

“This Republic Day, watch #GandhiGodseEkYudh, in cinemas near you on 26th January 2023!”

The trailer shows the ideological conflict between Mahatma Gandhi and Nathuram Godse, which takes place in the years 1947–1948.

The movie centres on a fictional world where Mahatma Gandhi survives the attack on him and later meets Nathuram Godse in prison.

Their conversation leads to a fiery debate between them.

The trailer tries to provide viewers with a clear peek into Nathuram Godse and Mahatma Gandhi’s worlds.

Since being released, the teaser has amassed over 209,000 views.

Fans expressed their excitement in the comment section of the video.

One viewer said: “Kudos to the actors and producers. AR Rahman’s music gave me goosebumps. Excited to watch it in theatres.”

A second viewer shared: “Dialogue delivered at the end of the teaser was pure goosebumps.”

Another fan gave their opinion of Rajkumar Santoshi:

“This will be epic. I love Rajkumar Santoshi’s movies.”

The historical characters will be portrayed by Deepak Antani, Chinmay Mandlekar, Arif Zakariya and Pawan Chopra.

Deepak Antani will portray Mahatma Gandhi for the second time in a feature film after he earlier portrayed the iconic figure in the 2016 film Gandhiji My Mentor.

The film will also feature Anuj Saini and Tanisha Santoshi in the cast of her father’s comeback film.

It is reported that actor Ajit Shidhaye has been appointed as the latest participant in the film’s cast.

The film’s music has been composed by AR Rahman while Manila Santoshi is producing the film.

Rajkumar Santoshi is returning to the director’s chair after a hiatus of 10 years. 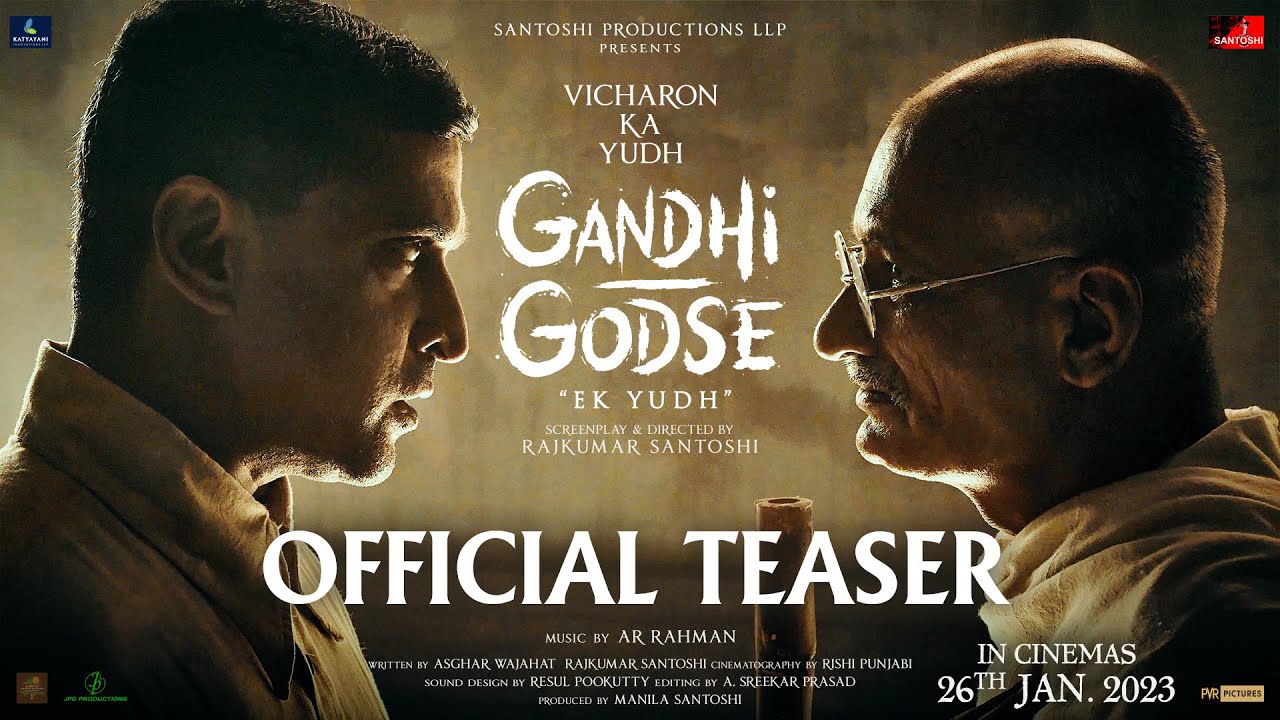 Ilsa is a digital marketeer and journalist. Her interests include politics, literature, religion and football. Her motto is “Give people their flowers whilst they’re still around to smell them.”
Samantha Ruth Prabhu’s ‘Shaakuntalam’ to release in February
When can Viewers expect Rocket Boys Season 2?