Three men, including a former solicitor and law student, appealed to have their convictions overturned, but their bid has failed.

"His fall from grace has been spectacular."

A former solicitor, his brother, and a law student have failed in an attempt to get their convictions overturned.

They were convicted for trying to derail a Leeds manslaughter trial by offering bribes to jurors. Raja and Jonaade Hussain along with Sahrear Islam-Miah attempted to intimidate jury members as they left Leeds Crown Court during a trial in 2017.

Jurors were filmed by the three men at an assembly point outside after a fire alarm inside the building was deliberately set off.

One juror was followed through Leeds city centre and asked for help inside a bar after being followed by one of the men.

Qualified solicitor Jonaade and his brother Raja pleaded guilty to conspiracy to pervert the course of justice. Law student Islam-Miah was found guilty of the offence.

At a separate trial, the Hussain brothers were also convicted of firearms and explosives offences.

In early December 2019, the three men appealed to have their convictions overturned. However, the Court of Appeal confirmed that their applications were rejected.

The trio’s offences took place in February 2017 during a manslaughter trial over the death of 88-year-old Betty Laird.

She died during a ‘crash-for-cash‘ scam which went wrong. Mrs Laird had been a passenger in a vehicle when she was struck in Beeston.

A VW Passat drove into the side of the car that she was in so that fraudulent injury compensation claims could be made.

At the time, she was with her friend Jeff Grimshaw, aged 77.

Mrs Laird suffered multiple injuries and died that evening while Mr Grimshaw died of causes that could not be proven to have been connected to the collision.

It was heard that evidence highlighted that the defendants were involved in an organised crime network, specialising in making fraudulent crash injury claims.

The three men started to interfere with the jury on February 20, 2017. The fire alarm was set off on the day Mr Justice Goss summarised the case.

The next day, jury members were approached as they left the court building.

Mr Justice Goss later dismissed the jury and took advantage of legal powers, which allowed him to continue to hear the case without a jury.

In a separate trial, the Hussain brothers were sentenced over a “deadly armoury” of guns and explosives.

Officers uncovered the weapons at an industrial unit. The brothers were convicted of possessing firearms and explosives. 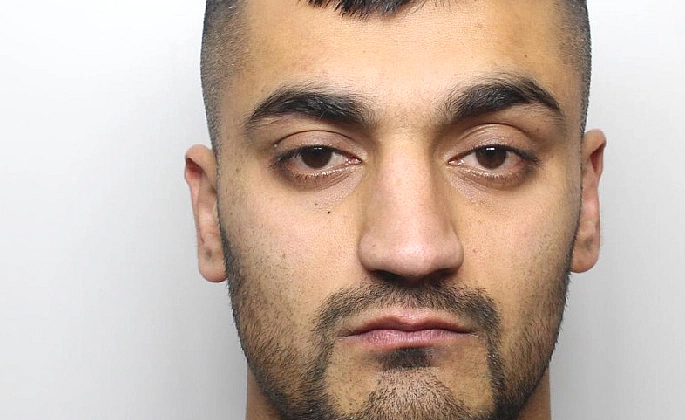 Between May and June 2015, officers received reports of more than 100 gang-related offences within a square mile of the Beeston area.

The offences culminated in an attempted murder of a man who was shot in October 2015.

Suspects were arrested and police received information which led them to Bad Boy Motors on Leathley Road.

A search was conducted on November 26, 2015. Officers found a large amount of gunpowder obtained from powerful fireworks.

Three shotguns, two handguns and ammunition were also recovered from a gated off area at the back of the premises.

Yorkshire Post reported that throughout the trial, the brothers claimed that the weapons, ammunition and gunpowder had been planted by others.

Jonaade went on to obtain a contract as a trainee solicitor in Manchester but gave it up after eight months.

Mr Lakha said: “His fall from grace has been spectacular.”

Dhiren is a journalism graduate with a passion for gaming, watching films and sports. He also enjoys cooking from time to time. His motto is to “Live life one day at a time.”
Indian Bride stabbed by Ex-Boyfriend for Marrying Another
Indian Accountant & Boyfriend arrested for Rs 1.16 Crore Scam