Faryal Makhdoom and Amir Khan have offered financial support to the family of Zohra Shah, the eight-year-old maid who was tortured to death.

"Amir and I have personally contacted Zohra's father"

Faryal Makhdoom has revealed that she and her husband Amir Khan are going to pay the financial needs of the family of Zohra Shah, the eight-year-old Pakistani girl who was murdered.

She said that she had contacted Zohra’s father and would be “providing their needs”, including paying for their other children’s education.

Zohra was employed by a couple to babysit for their child. She was tortured to death after she accidentally released their pet parrots.

Faryal took to Instagram to announce the news that she was offering financial support to the family in the wake of the tragedy.

She wrote: “Amir and I have personally contacted Zohra’s father and hoping to speak to him shortly.

“Thank you to everyone, especially the lawyers, barristers and human rights activists who are supporting us.” 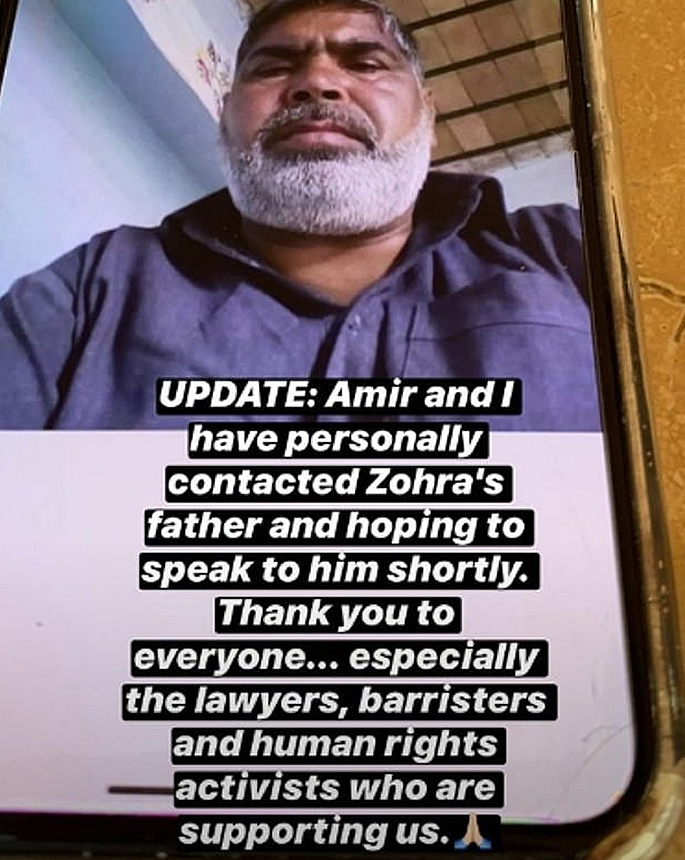 In another post, Faryal wrote: “Loads of messages asking why they sent their 8-year-old daughter to work… they didn’t.

“The father has told us he has 6 kids… the father sent the daughter (Zohra Shah) to Islamabad with her Khala (aunty) to study there.

“The khala then put Zohra Shah to work… where she was beaten to death.

“I am sending a member of the Amir Khan Foundation tomorrow to visit Zohra Shah’s father’s home, give our donations.

“We will take responsibility [for] the family… schooling the children & providing their needs.”

Faryal Makhdoom previously offered her support to the family.

“I’m going to reach out to the family of Zohra Shah and do whatever I can to help them and make sure they never have to send their daughters to work again. I’m going to support her family.”

Faryal and Amir have also set up a JustGiving page to help Zohra’s family.

The page reads: “In memory of Zohra, and the countless others subjected to child abuse and torture, The Amir Khan Foundation is launching the Zohra Shah Child Protection Fund to protect innocent children from human rights violations across Pakistan.”

On May 31, 2020, Zohra was brutally beaten by her employers. She suffered injuries to her face, hands, rib cage and legs and later died.

According to the police report, there were wounds on her thighs which were consistent with sexual assault.

Rawalpindi resident Hassan Siddiqui admitted that he and his wife had assaulted the child after she allowed his “expensive pet parrots escape from their cage”.

The parents had employed Zohra to look after their one-month-old child. They were arrested shortly after Zohra was admitted to hospital.

Zohra left her home in Kot Addu to work for the couple, 250 miles away.

Siddiqui is believed to have promised her an education in exchange for her work.

Her death caused outrage in Pakistan, leading to the rights of children being brought back into focus.

Dhiren is a journalism graduate with a passion for gaming, watching films and sports. He also enjoys cooking from time to time. His motto is to “Live life one day at a time.”
Indian Couple Beaten to Death by Girl’s Relatives
Indian Man accuses Wife of Affair after both contract Covid-19