DESIblitz caught up with Dutch-Pakistan artist, F1rstman, to talk about his musical influences and stunning album, ‘The Blend’.

"I hope fans see how my creativity has grown"

Dutch Pakistani musician, Hassan Syed, otherwise known as F1rstman, is taking over the music scene once again with his spectacular album The Blend.

The stunning project comes off the back of his successful albums At F1rst (2017) and The Entertainer (2020).

The talented artist was born in Lahore, Pakistan but raised in The Hague, Netherlands from 3-years-old.

Fusing both cultures, F1rstman’s trendsetting sound is a mix of his South Asian roots, western upbringing and diverse influences.

Originally trained as a percussionist, the artist is experienced in a range of artistic skills.

Having young stints in theatre productions like The Lion King to mesmerising performances as an upcoming beatboxer, F1rstman has done it all.

His unscathed work ethic and proactive attitude have moulded him into a formidable Desi singer and rapper.

Although, it is his inclusion of RnB and hip hop snaps that have created this distinct sound. These are elements that are certainly apparent in The Blend.

The multilingual track ‘Harami’ is a head-nodding song with a trappy beat, modern flow and vibrant energy.

Singer Dytinct features on this track and is joined on the album with some of the hottest international acts.

The Blend is a project celebrating musicality, experimental sounds and the creative capabilities of F1rstman.

spoke exclusively to the musician, exploring his influences, artistic insights and of course, the album.

What made you fall in love with music? 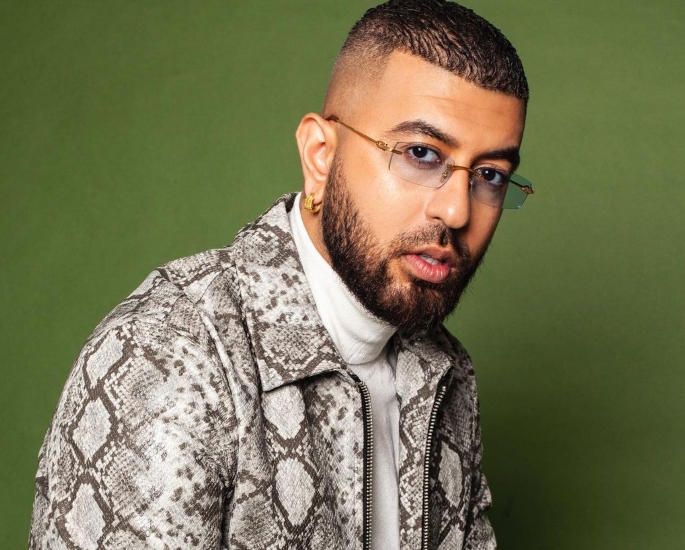 Ever since I was young I was in love with it. Playing the drums and going to classes after school to refine my skills.

But the first time was when I participated in a talent show at my school.

The energy of the crowd, the response, it gave me special energy, a special feeling, I was only 6-years-old then.

It made me fall in love. Then as I got older, I had a lot of inspirations within music.

“Nusrat Fateh Ali Khan and Dutch urban artists from the early 00s influenced me and my sound properly.”

Has the Dutch culture impacted the music you create?

As a Desi child, it was tough growing up, everyone thought we were all the same. But it didn’t stop me from carrying on and making things work.

So, yes for sure, it impacted me in every way as I grew up. The big blend of different cultures inspired my songs a lot.

That’s how I grew up, I had all those different vibes around me so I put those same vibes in my music. That’s the whole reason I’ve titled this album The Blend.

I wanted to show the world how versatile and dynamic I am. It reflects the way I grew up and what I grew up with it.

Which songs on ‘The Blend’ required the most creativity? 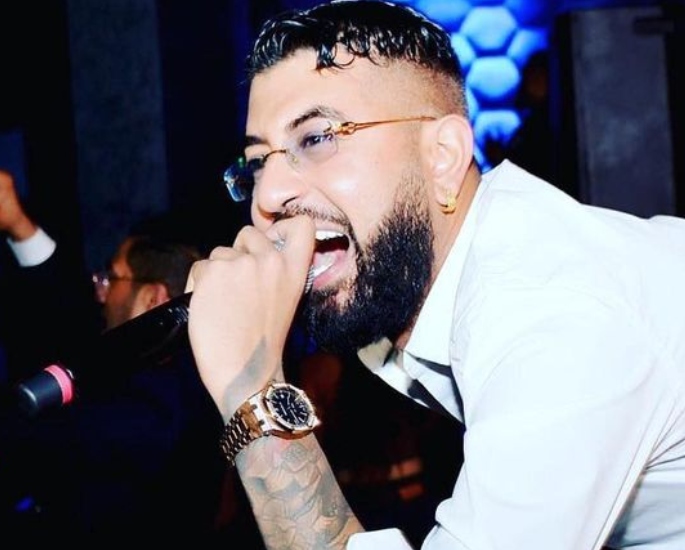 Oh definitely ‘Sahi Ja Nahi?’. I created every melody of the song myself and I believe that this song has a very special melody & harmony structure.

Saying that I always play around and try different things. For example in ‘Gimme More’, it sounds like a female voice sample, but it’s actually me singing it.

“We just pitched my voice in a crazy way and got this mad result.”

So, production-wise, we did a lot of things differently which came with difficult moments but good results.

What kind of themes have you portrayed in the album?

The album is a big blend of themes that come from all of my experiences. The songs engage different types of emotions so that they appeal to all the listeners, no matter what they’re going through.

The Blend is suitable for every situation, vibe or occasion. It’s got those catchy tracks, wedding songs and even ones to just chill and relax to.

I created songs so that the fans felt they could always come back to the album, whether it’s party or heartbreak, they’ll find a song for them.

How did it feel collaborating with the other artists? 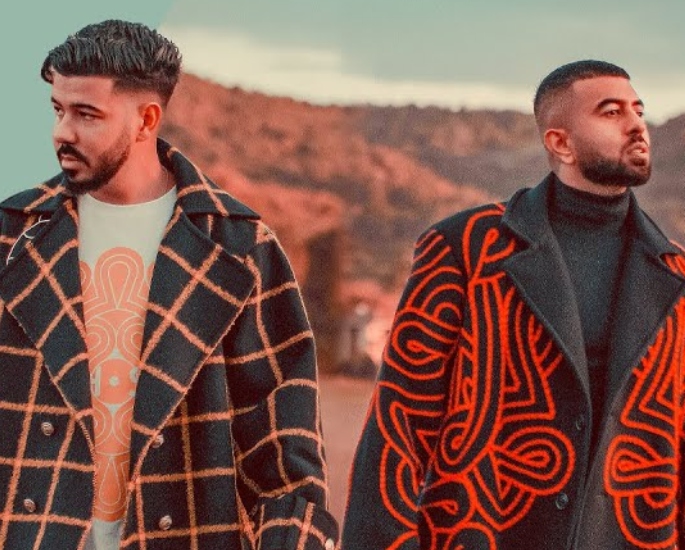 Well, it was kind of hard at first because of Covid-19. So, everything happened at a distance which is tough because you can’t really have that intimate studio experience.

But because of modern technology, we could still make it happen which I’m happy about. There are a lot of artists, old and new, that I worked with and they all bring different vibes.

“It was great to see how they create their music and their vision.”

I obviously wanted the album to be a certain way but the artists definitely added their own twist.

Did you face any difficulties whilst making the album?

Definitely! Trying to keep everyone on the album happy can be hard sometimes.

It takes a lot of patience when you have so many personalities and opinions but it’s about remaining calm. The mixing process was the toughest!”

Everyone has their own taste on mixing and certain tweaks that should be done but ultimately it’s about working together.

This is what happens on a big project though! Why should it be easy, that’s how you know The Blend is going to be sick!

How do you want fans to feel after listening to ‘The Blend’? 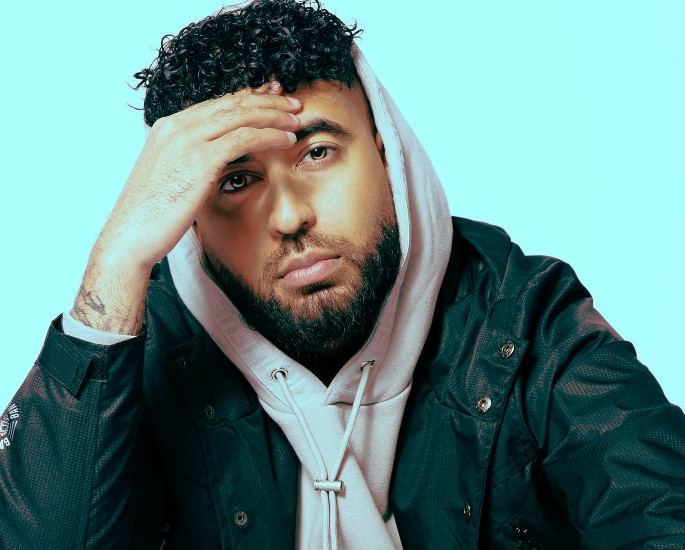 I want them to feel so gassed and hyped! I hope that everyone’s expectations of the album are gonna be reached.

Also, I hope that the mission that we have with this album is gonna be done and it brings the success I’ve envisioned.

“I want to build my own legacy and grow within music and this album will help with that. So, I hope fans see how my creativity has grown too.:

I’m going to make sure that even after me, I can facilitate a lot of other musicians and help them to a similar career, or even a better one.

“So, watch this space, big things are coming!”

With over 655,500 monthly listeners on Spotify, there’s no surprise to how pivotal F1rstman is to the music scene.

His passion to deliver for his fans but also carry on evolving as an artist is mesmerising. He has already solidified his position as an artist with some massive anthems.

His mixture of cultures, the inclusion of other artists and experimenting with nature brings a breath of fresh air.

The Blend is a significant chapter within the musician’s career. The title in itself represents the type of artist F1rstman is and the way he blends all of his influences to create an iconic listening experience.

Fans are able to hear the artist’s Dutch presence as well as appreciate his rhythmic Sufi and South Asian tones.

The way he can diversify his vocals, deliver hard raps but engage your every sense shows F1rstman’s versatility.

With immense praise from the likes of BBC Asian Network and BritAsia, the artist is continuing his meteoric rise.

Listen to The Blend and F1rstman’s other projects here.