A whole host of Desi celebrities paid tribute to Roger Federer after the tennis legend announced when he will retire.

"We fell in love with your brand of tennis."

Desi celebrities took to social media to pay tribute to Roger Federer after the Swiss tennis icon announced his retirement.

The tennis great posted a lengthy message on Twitter.

Part of his message read: “As many of you know, the past three years have presented me with challenges in the form of injuries and surgeries.

“But I also know my body’s capacities and limits, and it’s message to me lately has been clear… Tennis has treated me more generously than I ever would have dreamt, and now I must recognise when it is time to end my competitive career.”

Federer announced that the Laver Cup in London will be his final event. The tournament is set to take place between September 23-26, 2022.

To my tennis family and beyond,

Following his announcement, celebrities from all over the world paid tribute to arguably the greatest tennis player of all time.

Anupam Kher posted a series of pictures of Federer and wrote:

“‘There is no way around hard work. Embrace it!’

“The Roger Federer quote I try to live by. You have not only inspired millions of tennis and sports enthusiasts by your game but also won over people by your kindness. Thank you.”

Along with heart and crown emojis, she wrote: “LEGEND.”

Sachin Tendulkar wrote: “What a career, Roger Federer. We fell in love with your brand of tennis.

“Slowly, your tennis became a habit. And habits never retire, they become a part of us. Thank you for all the wonderful memories.”

“The greatest of all time. King Roger.”

Lara Dutta posted an Instagram Reel, featuring a throwback picture of her with the tennis maestro, while Tina Turner’s ‘The Best’ played in the background.

“You will be remembered as the all time great in the game of tennis. A thorough gentleman and an incredible player, you have given us several moments of joy. Best wishes for the Laver Cup.”

“GOAT. Thank you for enriching the game of tennis and countless memories.”

Throughout his career, Roger Federer has had a good relationship with India. 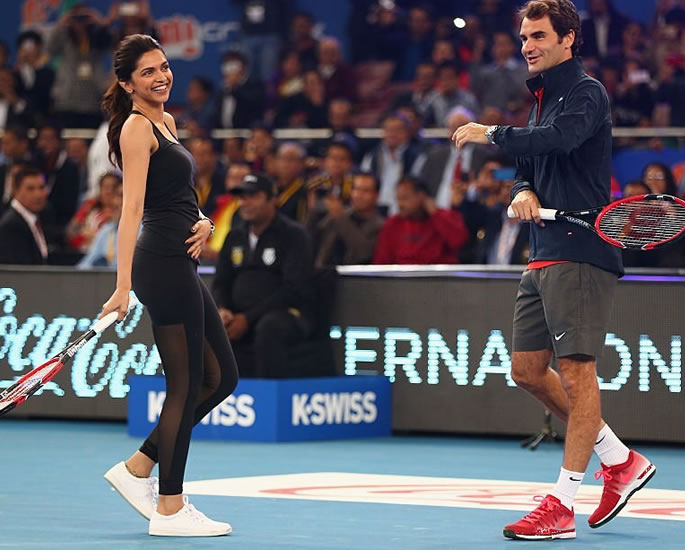 In the past, he has played tennis with the likes of Aamir Khan and Akshay Kumar.

Federer also paired up with Deepika Padukone to play a mixed doubles match against Novak Djokovic and Sania Mirza in Delhi.

Dhiren is a journalism graduate with a passion for gaming, watching films and sports. He also enjoys cooking from time to time. His motto is to “Live life one day at a time.”
Naseem Shah’s Father Beat Son for Neglecting Studies
Premier League 22/23 Season: Favourites & Outsiders