CityLights is a film for the Nation

CityLights is a critically acclaimed Indian drama film, which released on 30 May, 2014. The film centres around the struggles of a poor farmer and his family who come to Mumbai in search of a good livelihood.

"My character’s pain and his battle was difficult to bring on screen.”

CityLights is an Indian drama film featuring Rajkummar Rao from Kai Po Che! (2013) and Patralekha (debut film) in the lead roles. The movie is an adaptation of the British film Metro Manila (2013).

Produced by Mukesh Bhatt and Directed by Hansal Mehta, CityLights is distributed by Fox Star Studios and Vishesh Films. Mahesh Bhatt has ideologically supported the film and the cast.

Unlike other big Bollywood movies, CityLights is a low budget film which has cost only Rs. 6 Crore. The distributers had not bought every possible screen to boost the hype around it. Initially, it was released across 400 screens. As it is produced on a modest budget, the film is expected to generate good revenue. 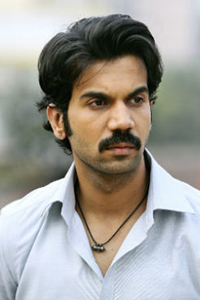 The story revolves around Deepak Singh (Rajkummar Rao) who is a farmer from a small village in Rajasthan. He arrives in Mumbai like millions each year in hope of a better life for him and his family.

However, Mumbai which is famously known as the ‘Maya Naagri’ comes with its fair share of troubles and opportunities. How will Deepak cope? The movie is focused around those who leave their native town to seek a better life in a dream city like Mumbai.

Rajkummar could relate to the film as he travelled from Gurgaon to Mumbai to become an actor. He said: “The only similarity between me and my character are the dreams we both had when we came to the city.”

Also after acting in the film, Rao connected with many people around him on the roads.

After being heavily praised for Kai Po Che! and Shahid (2012), audiences can expect  another fine performance from Rajkummar. Speaking about the challenging role he played, Rao said: “My character’s pain and his battle was difficult to bring on screen.” 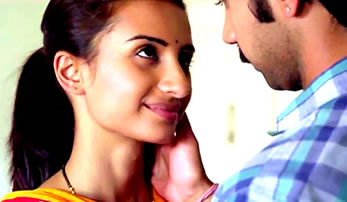 The story line also felt very real for newcomer and lead actress Patralekha who actually moved from Assam to Mumbai. Patralekha initially arrived in Mumbai to complete her graduation, but eventually pursued her dream of becoming  an actress.

Both lead artists have been acknowledged by young actress Alia Bhatt. Alia said in a recent interview:

“Rajkummar is a National Award winner, so it goes without saying that he is talented, but, it wasPatralekha’s acting that left me amazed.”

In reply to a question about her role as a strong woman, a confident Patralekha said:

“I don’t feel the role was difficult for me. The film is about a common man, and I am no different. However, there were challenges. Rajasthan was completely new for me, so had to do a lot to groom myself.”

With Mahesh Bhatt involved in the film, fans can expect nothing short of perfection. 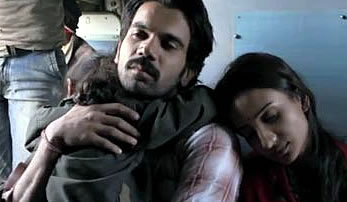 The film has a realistic display of emotions from all the artists. Hence it comes as no surprise that the actors had stayed in Rajasthan for three weeks where they interacted with locals to gain a better understanding of their culture. As one might say, only a real life acting workshop from the Bhatt production could cut the mustard.

The music of the film has been well received by the audiences. Arjit’s Singh’s ‘Muskurane’ has bee a hit for the romance and depth it portrays. Mohammad Irfan’s version of the song is equally soulful.

The title track ‘CityLights’ is another positive tick for the movie: it is pleasant to hear, provides insight on the movie and successfully conveys the vibe of the film. 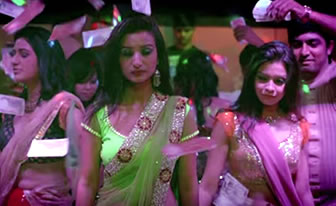 Prior to the release, the Bollywood fraternity had mostly good things to say about the movie. Vidya Balan, Irrfan Khan, Meghna Gulzar, Nikhil Advani, Arbaaz Khan and Sanjay Gupta were amongst the admirers. They all had given a big thumbs up to the movie.

Most of the film critics have also given the film a positive review. Trade Analyst, Taran Adarsh said:

“CITYLIGHTS is one of the most captivating movie experiences of late. An expertly-crafted heartbreaker, this tragic tale has a riveting plot, power-packed narrative, soulful music and arresting performances to haunt you much after the screening has concluded. A must watch!”

With a National Award winning team of Hansal Mehta and Rajkummar Rao from Shahid (2012), this movie promises to showcase a city which reflects the struggles of people from all walks of like.

Director Hansal Mehta, summing up the movie tweeted: “Open your heart, bare your soul and live their lives.” Many believe the subject of the film has captured the imagination of a nation – India.

CityLights which released on 30 May, 2014 is one not to be missed, especially if you enjoy critical movies based on realism.

After a short stunt on stage, Archana decided to spend some quality time with her family. Creativity accompanied with an aptitude to connect to others got her to write. Her self motto is: “Humour, humanity and love is what we all need.”
The System ~ a Tale of Justice
Holiday full of Akshay Kumar action