A boxing gym owner was tragically killed in a quad bike accident. Many people have paid tribute to the victim, a father-of-four.

"It is just tragic. He was in the peak of his life."

People have paid tribute to a boxing gym owner after he was killed in a crash while riding a quad bike in Bolton.

Tariq Khan, aged 36, of Great Lever, suffered fatal injuries in the collision on Green Lane on May 6, 2020. Despite efforts from paramedics, Tariq was pronounced dead at the scene.

His family paid a moving tribute to him.

His cousin Wahid Khan and his father placed flowers at the scene in memory of Tariq.

Wahid said: “Tariq’s father wanted to put down flowers, and buying those flowers was the hardest thing I have ever had to do,”

“We are all devastated and in shock.

Tariq was the youngest of four children. He was described as being much loved by all the family.

Wahid said: “We are a big family, and live close. We live across the road and grew up together ­— he was able to get away with more than us because he was the youngest ­— he was the cheeky one ­— and he was so caring.

“If anything happened he would be the first one there to help.”

Tariq worked in the motoring trade before setting up his boxing gym. He was a married father-of-four.

Wahid said: “He was a doting dad and did everything for them.

“He first opened Premier Boxing with me before setting up his own gym which we worked really hard, put a lot of effort in to do it. He was so proud, so many people came when the Mayor opened it.

“When the gym had to close because of the pandemic he used it to collect donations, he would do a lot for charity but on charity boxing events, helping the homeless. He had a very big heart.”

Following Tariq’s tragic death, the family have been contacted by hundreds of people across the country.

Bradshaw councillor Mudasir Dean, a family friend, said he was devastated to hear what had happened.

He said: “It is just tragic. He was in the peak of his life.

“They are a lovely family. Tariq and his brothers have always been involved in community work.

“My thoughts go out to his wife, his parents and his kids. No one should have to go through this sort of nightmare.” 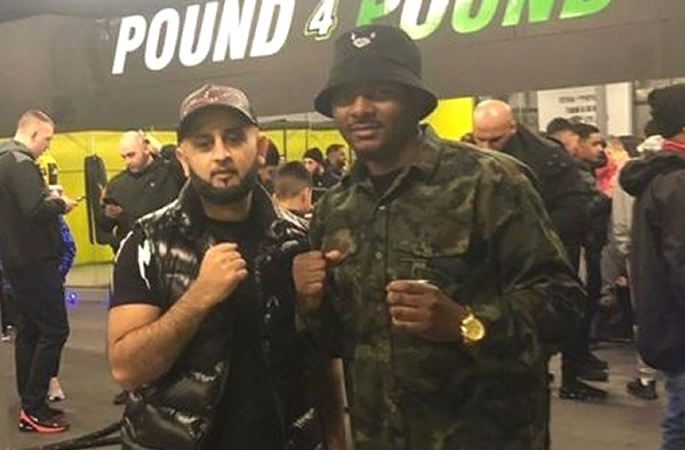 Tariq’s friend Daniel Sukula told Bolton News: “I am in shock. I have known Tariq since I was 16 and we were always in touch, speaking and messages.

“I couldn’t believe it when I heard.

“He is one of the best people I have ever met. He had just opened his boxing gym a few months ago for which he worked really hard.

“When lockdown measures came in, he used as a base to collect donations for those who needed it during this time.”

“He was always ready to help people, he was devoted to his four children, his family was his life. He worked hard to provide for them, that is why he set up the gym and had a garage.”

At around 7:30 pm, police were called to the crash involving Tariq’s quad bike and a Mercedes.

The crash forced the quad bike over to the kerb, hitting a metal fence and throwing Tariq from the bike.

The 25-year-old Mercedes driver was arrested on suspicion of causing death by dangerous driving. He remains in custody for questioning.

“This is a tragic incident in which a man has sadly lost his life. Our thoughts remain with his family and friends at this incredibly difficult time.

“Although we have made an arrest, our enquiries are very much still ongoing to establish the full circumstances surrounding this incident.

“This collision happened in daylight hours, and I am hopeful that there are a number of witnesses who may have seen the collision and have dash came or CCTV footage that can assist with our investigation.

“If you have any information at all, please do not hesitate to get in touch with police as soon as possible.”

Dhiren is a journalism graduate with a passion for gaming, watching films and sports. He also enjoys cooking from time to time. His motto is to “Live life one day at a time.”
Man Bit & Forced Fingers Down Ex-Partner’s Throat in Sickening Attack
Indian Father Blames Girl’s Online Post after Son Kills Himself