“My vision is to portray the self-assuredness of the multicultural youth of today."

A lot of Asian films make their mark on Bollywood and stand the test of time; but perhaps none more so than Amar Akbar Anthony. Under the direction of Manmohan Desai, its release in 1977 saw it become the highest-grossing film that year and it went on to win multiple awards.

The film saw Vinod Khanna, Rishi Kapoor and Amitabh Bachchan as three brothers, interlinked in each other’s lives and unaware of their familial ties until a tragedy unearths the truth.

Desai was already an established, renowned director and the film, which was both comical and heart-warming, was a hit with critics and movie-goers alike. 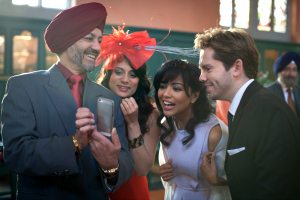 So it’s no surprise then that the film has been adapted for a Brit-Asian audience – directed by Atul Malhotra and scheduled for a late 2013 release, Amar, Akbar & Tony pays homage to the much-loved original.

The young actors star amidst a host of Brit-Asian veterans including Meera Syal (Goodness Gracious Me, Anita & Me) and Nina Wadia (most recently Zainab in Eastenders). Karen David plays Meera, a new bride from India. Speaking of her forthcoming role, she states:

“I found the script so endearing and really appreciated the fresh depiction of South Asians. The characters, and the storylines, are definitely going to get people talking.” 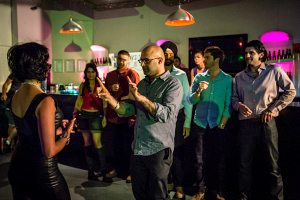 It is partly down to Atul Malhotra’s fondness for the original that made him want to take on Amar, Akbar & Tony.

Bollywood has sought inspiration from English films for decades, but this role-reversal indicates that Asian cinema may finally be brought into the forefront of Western culture more than ever.

The recent success of Brit-Asian fusion in the media means that Amar, Akbar & Tony is already generating a lot of buzz and interest, despite it being in mid-production.

The film will tell the story of friendship and religious differences between the three main protagonists and Delaney, who plays Tony says:

“This isn’t a stereotypical British-Asian story, where the Asian characters are trying to get away from their roots or they have stereotypical Asian parental figures. Instead, Atul wanted a celebration of life.

“I found that really worked, especially having a character like Tony, who is Caucasian, who wanted to be part of that world,” Delaney adds.

What is perhaps interesting about this film is the fact that is it is set in vibrant and multicultural Britain. Speaking about the location, Director Atul Malhotra says:

“Amar, Akbar & Tony was created on a few different levels. One of the key things for me was the need to depict Asian people on screen in a way that I actually recognise them and in a positive way rather than seeing all these representations that I’ve never truly believed.”

“The film is about friendship and love but it’s very much a London film too. It’s inspired by films I love as well as some experiences I’ve had,” Malhotra says. 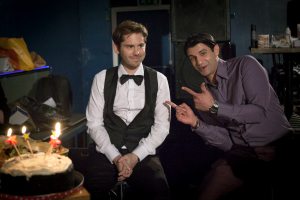 Rez Kempton who plays Amar says: “I play Amar, he has aspirations to better himself and is the most driven out of the three in the film.

“He’s proud of his British, West London roots and Indian culture. He’s driven, and wants to be a lawyer and break the family tradition of working in the restaurant business.”

Although Amar, Akbar & Tony may explore the same amities and cultural themes as Amar Akbar Anthony, this is where the similarities end – Malhotra’s big-screen debut is being touted as a real coming of age drama that wholly embodies the vibrancy of British-Asian culture from a male perspective. Although little is known of the actual plot, director Malhotra states:

“My vision is to portray on film, the self-assuredness and determination of the multicultural youth of today. There have been so many portrayals of Asian people wanting to escape from their cultural heritage, but I wanted to explore the contrasting angle. 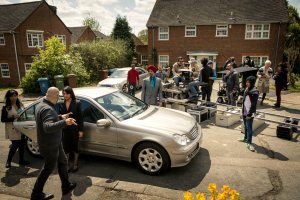 “The film will embrace the vibrancy and distinctiveness of this influential culture and will wear its Asian heart proudly on its sleeve.

“My film is a celebration of the bonds that tie us together through friendship, love, loss and ultimately redemption,” he adds.

It is a real testament to the hotly anticipated film, perhaps, that it pulls in Brit-Asian heavyweights such as Syal, Wadia and Ace Bhatti. Brit-Asian cinema has been done before, with box-office hits such as East Is East (1999), Anita & Me (2002) and Bend It Like Beckham (2002) each attracting their own Bollywood big hitters as cast members.

Perhaps this a sign of things to come then – here’s hoping that Amar, Akbar & Tony can follow in its predecessors’ esteemed footsteps and help pave the way for home grown tributes to Bollywood cinema.

The film, being produced by Sash Media, is scheduled for release later in 2013 and information on its progress, as well as on-set exclusives and interviews, can be found on the Amar Akbar & Tony official twitter page.

Jess is a journalism and creative writing graduate with a passion for learning new things. She loves fashion and reading and her motto is: “If you want to know where your heart is, look at where your mind goes when it wanders.”