he will wed Ayesha regardless of the expense.

Faisal Ansari, a native of Mumbai, said that he has been in love with Ayesha since he first laid eyes on her, despite having never met her.

The actor raved about how he had never seen a woman so breathtakingly beautiful in his life and expressed a desire to wed her for a mahr (dowry) of Rs. 15 lakh (£14,900).

Faizan Ansari explained his dowry offer by stating that it is one of the most significant aspects in Islamic weddings.

He is prepared to court the girl of his dreams in Pakistan while flaunting his passport and visa application.

The actor further stated that he will wed Ayesha regardless of the expense.

According to reports, he said that she is the woman who is turning him into a gentleman.

In the words of Ansari, he wants to “become her Shohar”, and Ayesha should “become his Begum”. 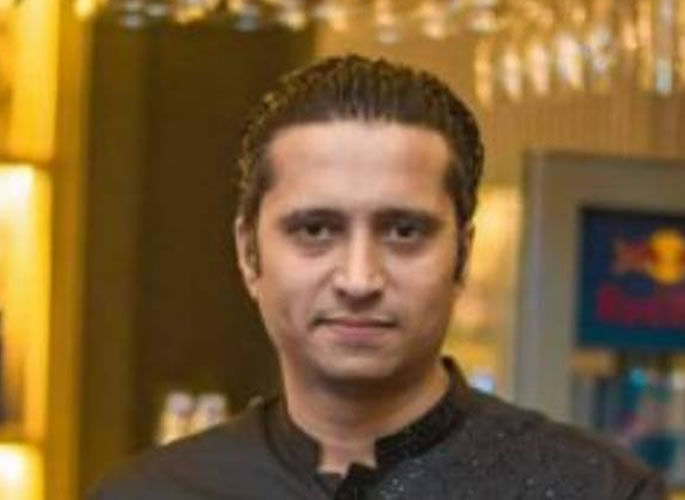 Faizan Ansari declared that he is travelling to Lahore to marry the viral star.

He has also performed for her the songs ‘Jab Pyaar Kiya To Darna Kya’ and ‘Hum Tujh Ko Uthakar Le Aaege’.

Faizan Ansari has been identified in the media for his bold fashion sense.

In recent images, he was wearing a traditional Arab outfit.

However, those who saw Faizan Ansari were surprised by his choice of fashion.

When questioned about his clothing, Ansari said that Sunny Leone’s stylist, Hitendrar Kapopara, a seasoned veteran in the field, had dressed him.

Zareen Khan, Nora Fatehi, Arbaz Khan, Govinda and many others were also styled by Hitendrar Kapopara.

Recently, Faisal Ansari was presented with the Dr Abdul Kalam Award and the Dadasaheb Phalke Icon Award 2022 for the ‘Most Popular Face’.

In addition to receiving an award, Ansari honoured India at the Dubai Showbiz Awards.

As the cover model for the magazine, FASHIONISTA, he collaborated with Salman Khan’s sister Shweta Rohira.

Due to her TikTok presence, she became a viral sensation in both India and in Pakistan.

But whether Ayesha accepts Faizan Ansari’s proposal after eventually meeting him will make for an interesting development.

Ilsa is a digital marketeer and journalist. Her interests include politics, literature, religion and football. Her motto is “Give people their flowers whilst they’re still around to smell them.”
10 Best Bollywood Songs to Celebrate Christmas
First Look poster of ‘Jhoome Jo Pathaan’ goes Viral