Christmas is not the same without some music. Make this year special with these top Bollywood songs that will get everyone merry.

"This song gives you such amazing energy"

Christmas is filled with the sounds of Frank Sinatra, Mariah Carey and Michael Bublé. But, Bollywood songs can be just as festive and give a twist to the celebrations.

In Desi families, certain Hindi and Punjabi tracks bellow out but you may be something after a bit more Christmas-focused.

Or, perhaps you just want to expand your musical taste and broaden the merry playlists you have ready.

Either way, these Bollywood songs are perfect for any guests, parties or family get-togethers during the holiday season.

The amazing vocals may also convince you to watch the film they originate from as well – which would be a break from the usual movies like Home Alone and Elf.

So, get those jolly dance moves ready, top up your drink, lay out a scrumptious spread and enjoy these Bollywood songs on Christmas. 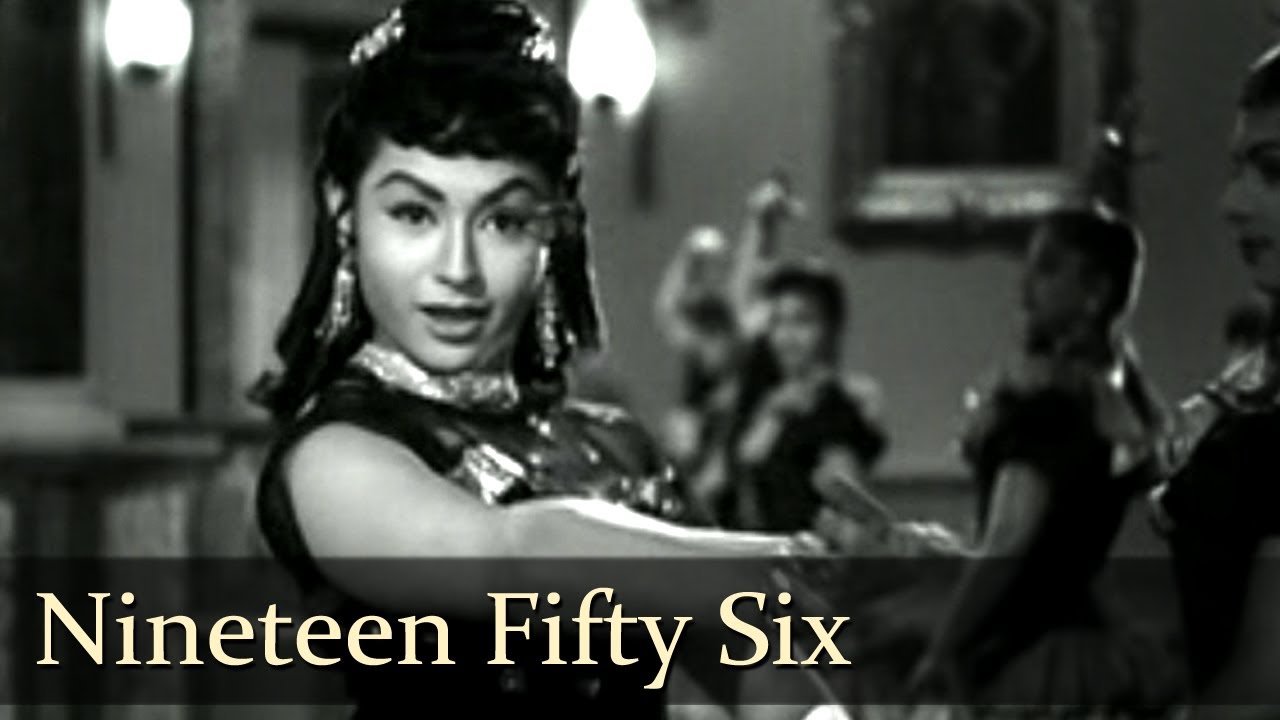 This quick-paced number is from the 1959 comedy movie Anari starring Raj Kapoor, Nutan and Molita.

The song is graced by the vocals of legendary playback musicians Lata Mangeshkar and Manna Dey.

What makes this perfect for the Christmas festivities is the layers of classical instruments that ooze so much joy and ambiance.

The track is operatic and sounds like a grand production which is impressive given the year the movie was made.

The quick percussions and chorus also make you feel energetic.

It’s great playing this on Christmas day when all the family is together celebrating.

One can imagine the kids running around, food being made and drinks flowing as this song rings out. 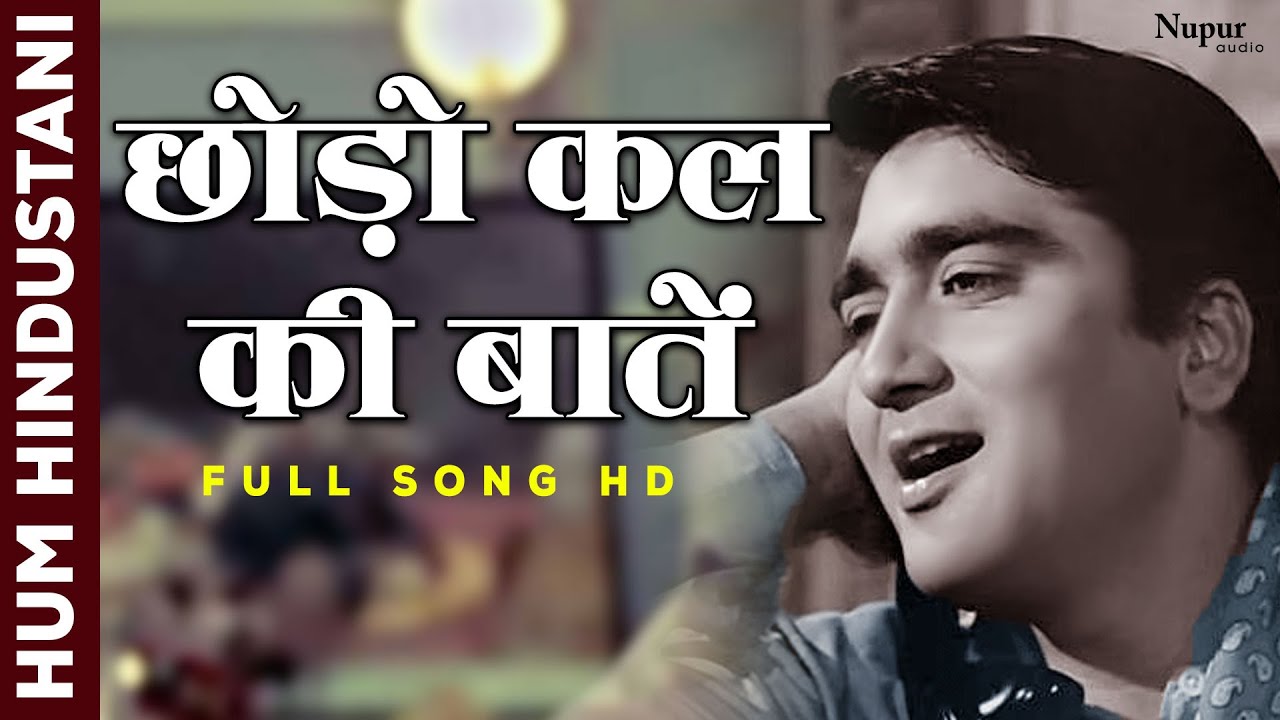 The song’s name refers to “letting go of old stories” which is perfect for the festive season, where it’s a time to rejoice and look towards the future.

The track also has a very patriotic theme and provides the warmth and togetherness you want on Christmas day.

Whilst the song has a mellow tone, Mukesh’s singing makes ‘Chhodo Kal Ki Baatein’ so vibrant and impactful. No wonder it has over 1.4 million views on YouTube.

Ankit S declared her love for the song on YouTube, saying:

“This song is timeless…all the words are even true for us in 2022.”

“It’s building a better and a more progressive India.”

This is one of those Bollywood songs that you cannot forget to play. 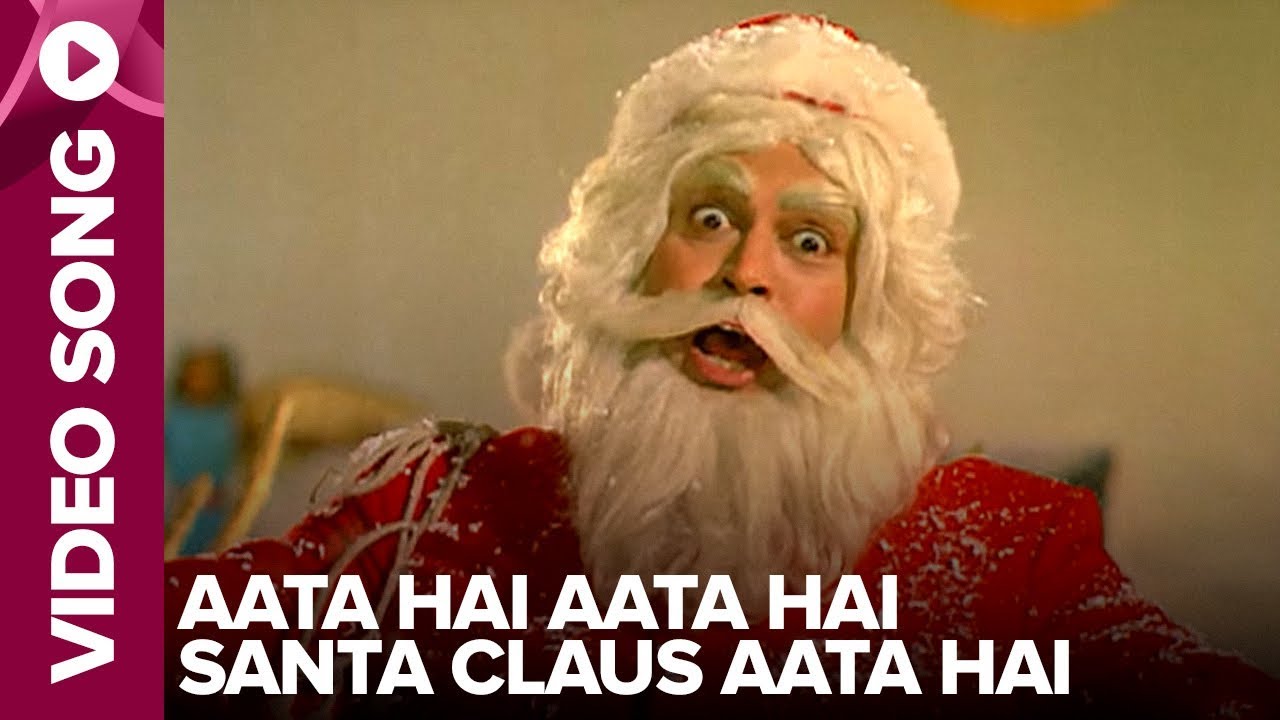 The 1974 movie Shaandaar is perhaps one of the few Bollywood films that celebrate the Christmas holiday specifically.

The track is often described as the Hindi version of ‘Jingle Bells’ and listeners can tell this straight away from the chorus which has the same melody.

Of course, none other than Kishore Kumar offered his voice for the number.

His tone worked wonderfully against the merry setting of the track which shows Santa Claus, played by Sanjeev Kumar, riding on a sled and celebrating with kids.

If there was one piece to play during the winter season, it would be this. It relates to all ages and offers something different from the normal hymns of Christmas. 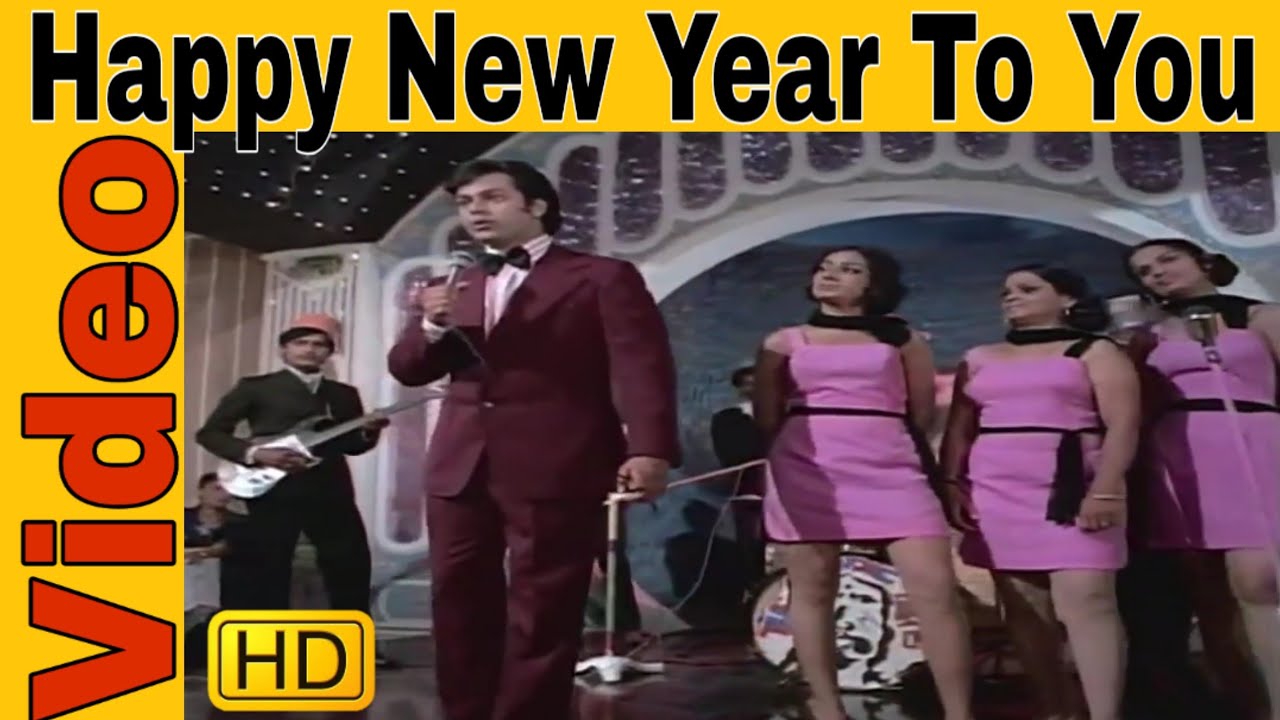 Playback singer Shailendra Singh sings this amazing song which features in Do Jasoos (1975).

The film features some of Bollywood’s most beloved actors such as Raj Kapoor, Rajendra Jumar, Aruna Irani and Farida Jalal.

Singh himself also stars in the movie as Ashok Sinha and performs the track on stage as couples dance, drink and laugh.

The backing singers provide enriching harmonies and Singh’s voice is smooth and captivating. Desh Ladkoo, a fan  and admirer of the movie and track expressed:

“This song takes me back to a bygone era. Things were so simple at that time.”

“We use to listen to this at the end of every year.”

Christmas is, of course, related to New Year’s and often loved ones exchange wishful messages throughout the jolly period.

So, ‘Happy New Year’ is a perfect fit to play around this season, but also later when welcoming in the new year. 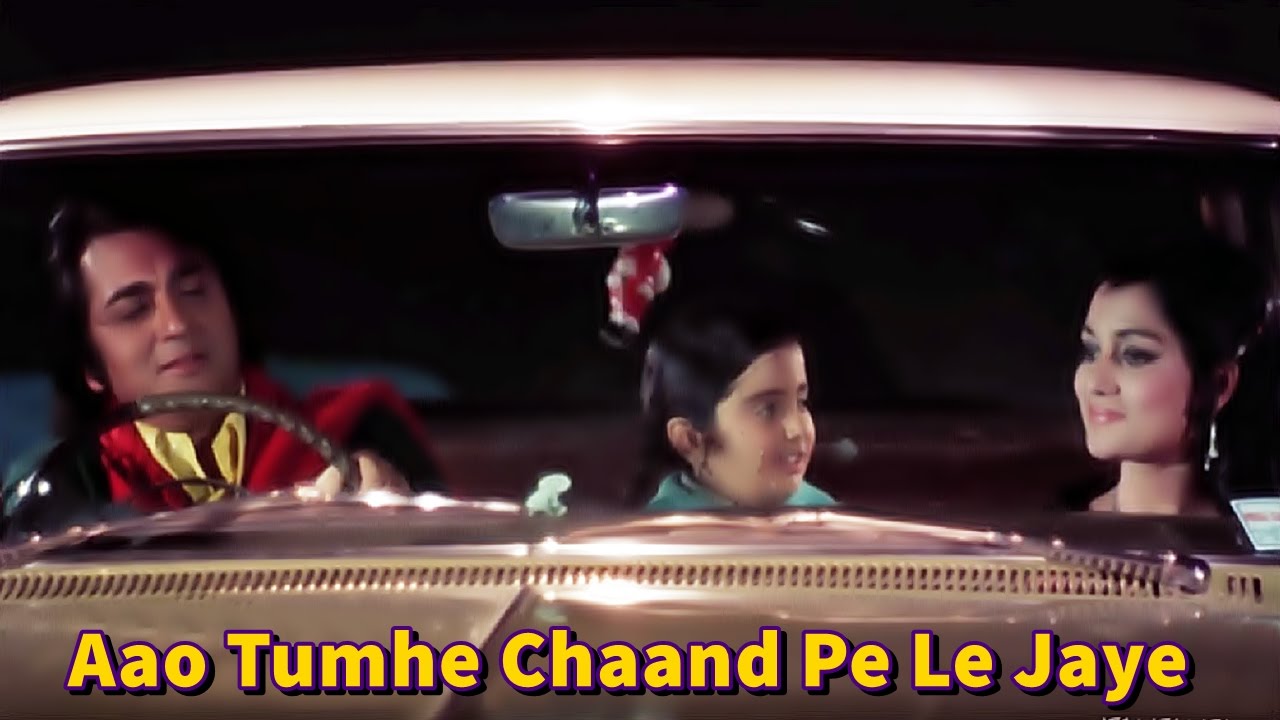 From the movie, Zakhmee (1975), comes another rendition of ‘Jingle Bells’.

This terrific number is produced by the late and great Bappi Lahiri and sung by the nightingale Lata Mangeshkar and Sushma Shrestha.

Starring the likes of Asha Parekh and Sunil Dutt in lead roles, the track is picturised upon a family and children as they enjoy the Christmas mood.

What’s different about ‘Aao Tumhen Chand Pe Le Jayen’ is that it fuses an English chorus and Hindi lyrics.

This multilingual mix entices your ear immediately and lifts the mood around the holiday season.

Many listeners were in awe of Lata singing ‘Jingle Bells’ in her iconic voice and that snippet of the track is replayed by many families across the world. 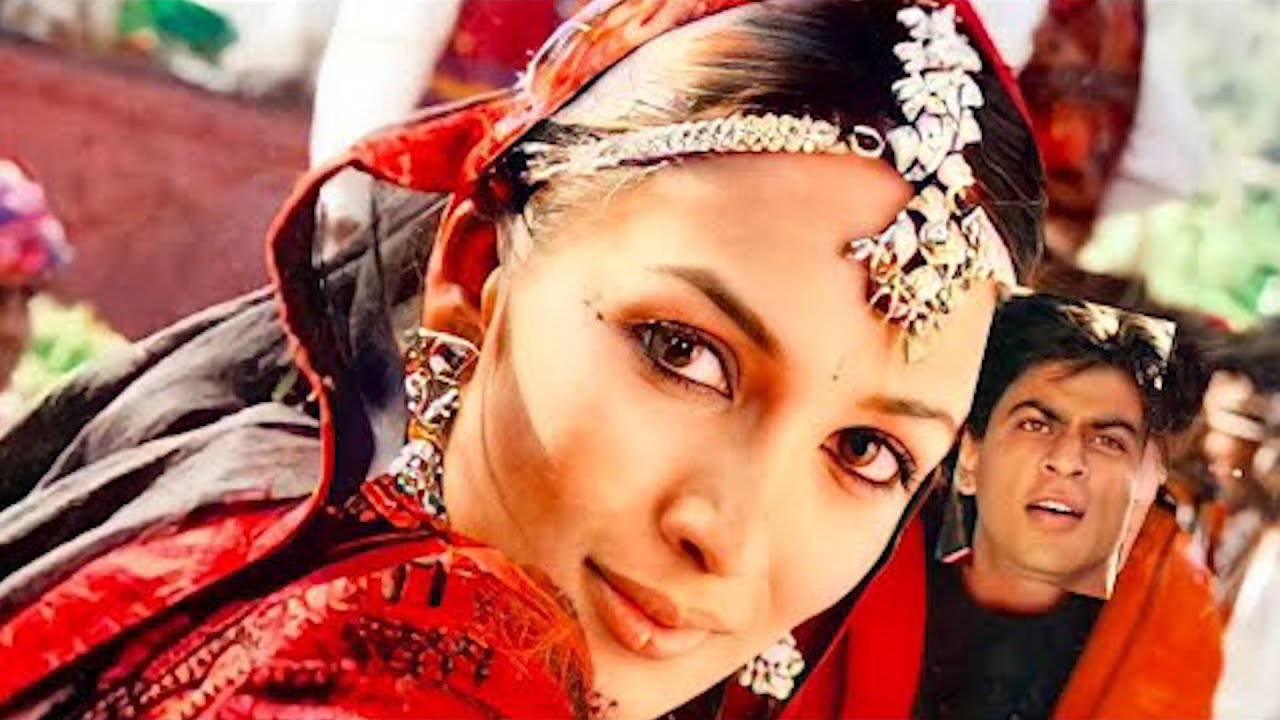 The formidable track that is ‘Chaiyya Chaiyya’ is not typically a “Christmas song”, but the vibrancy it brings personifies what the festivities are all about.

Featured in the iconic movie Dil Se (1998) and sung by Sukhwinder Singh and Sapna Awasthi, this is one of the most showstopping Bollywood songs.

It famously focuses on Malaika Arora and Shah Rukh Khan as they dance upon a moving train and bust out some impressive choreography.

The track was a commercial success, selling over 6 million units in India.

In 2002, it was also in the top 10 of most popular songs of all time in an international poll done by the BBC World Service.

It also went on to grab three awards at the 1999 Filmfare Awards including ‘Best Choreography’ and ‘Best Male Playback.

‘Chaiyya Chaiyya’ will definitely get people to dance and become absorbed by the fun and joy of Christmas.

‘It’s the Time to Disco’ 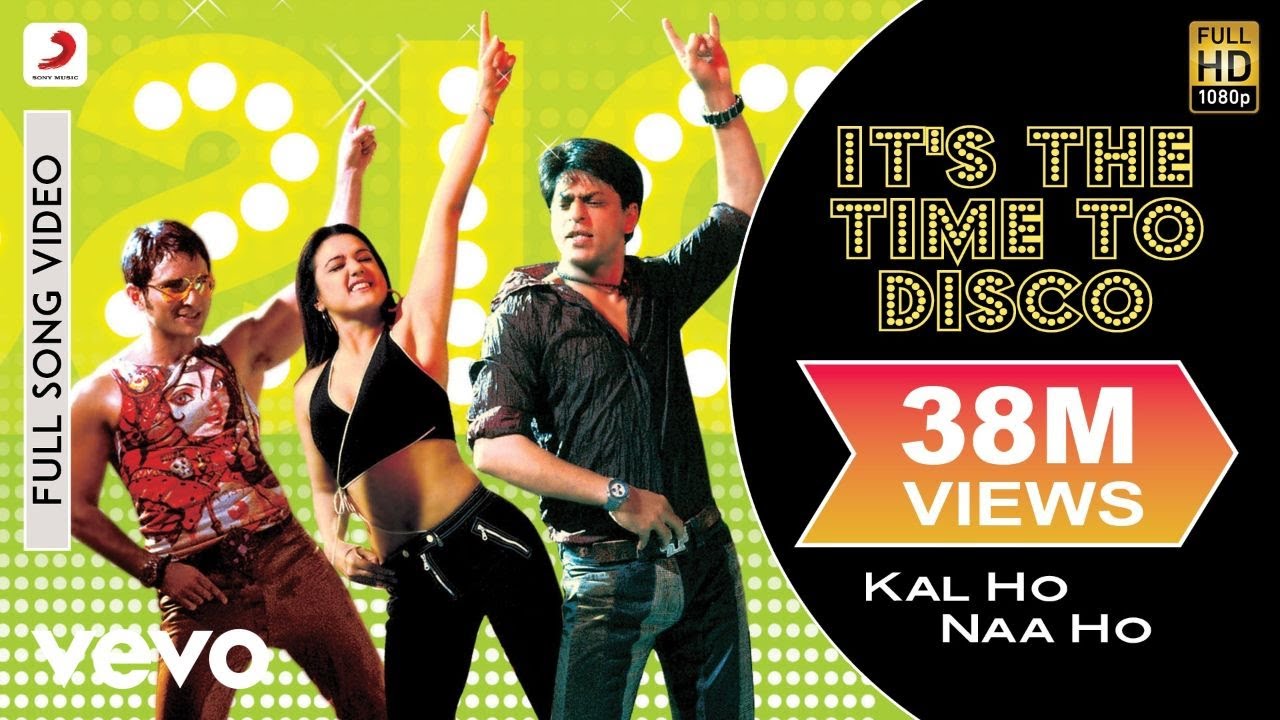 Keeping on the energetic vibe, if you want to spice up a Christmas party, then ‘It’s the Time to Disco’ is your song.

Singers Shaan, Vasundhara Das and Loy Mendonsa lay out their vocals on this disco-fuelled project.

The sparks between the actors are clear to see on camera and they bring the same vibrancy to viewers.

The modern instrumentation, quick-paced verses and synthetic melodies help make this piece so catchy and memorable.

‘It’s the Time to Disco’ is a surefire way to get everyone up and celebrating. 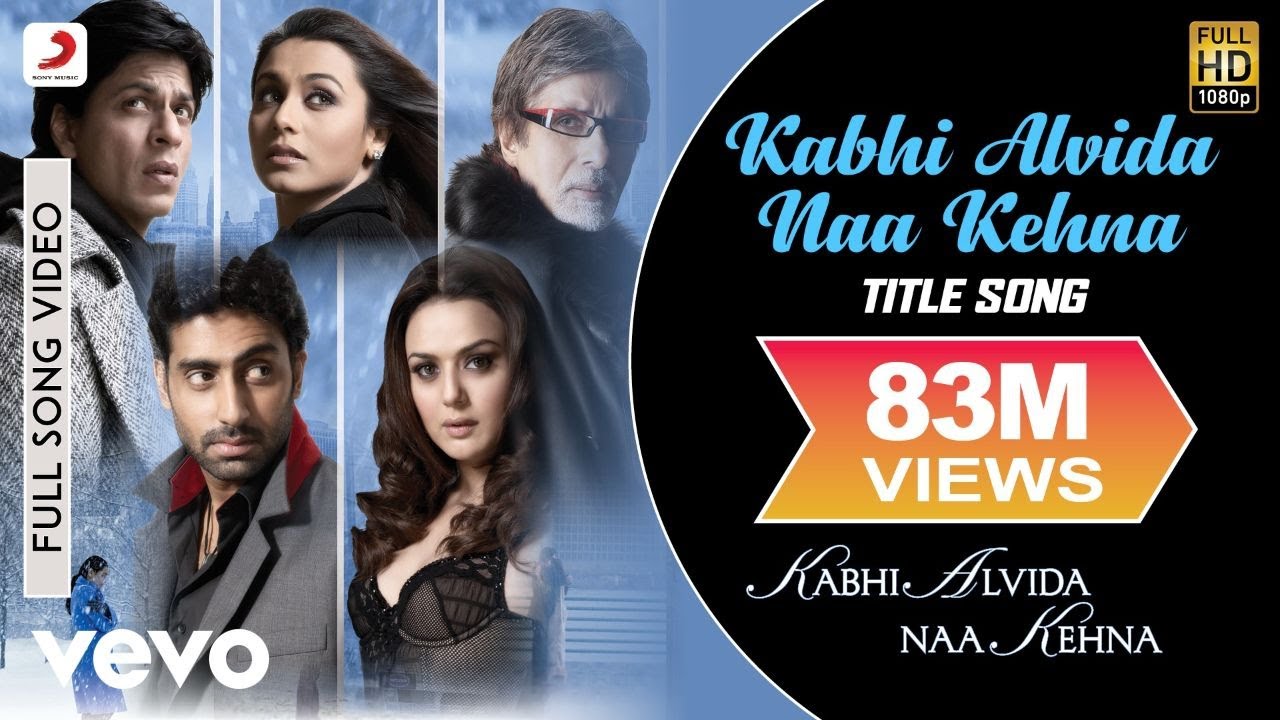 Slightly deviating away from the colourful songs is ‘Kabhi Alvida Naa Kehna’, the title track from the 2006 film of the same name.

This song is sombre and emotional with a frosty undertone that makes you want to be together with loved ones. A fan of the song, Sejal, commented on YouTube:

“I just hope today’s generation understands what music means. This is such a masterpiece.”

“Feeling sad that we can’t get more songs like this anymore.”

Iconic musicians Sonu Nigam and Alka Yagnik lay down their vocals which emphasises how heartwarming this song is.

With such legendary singers, there’s no surprise that the duo won an IIFA Award each for their role in the number. 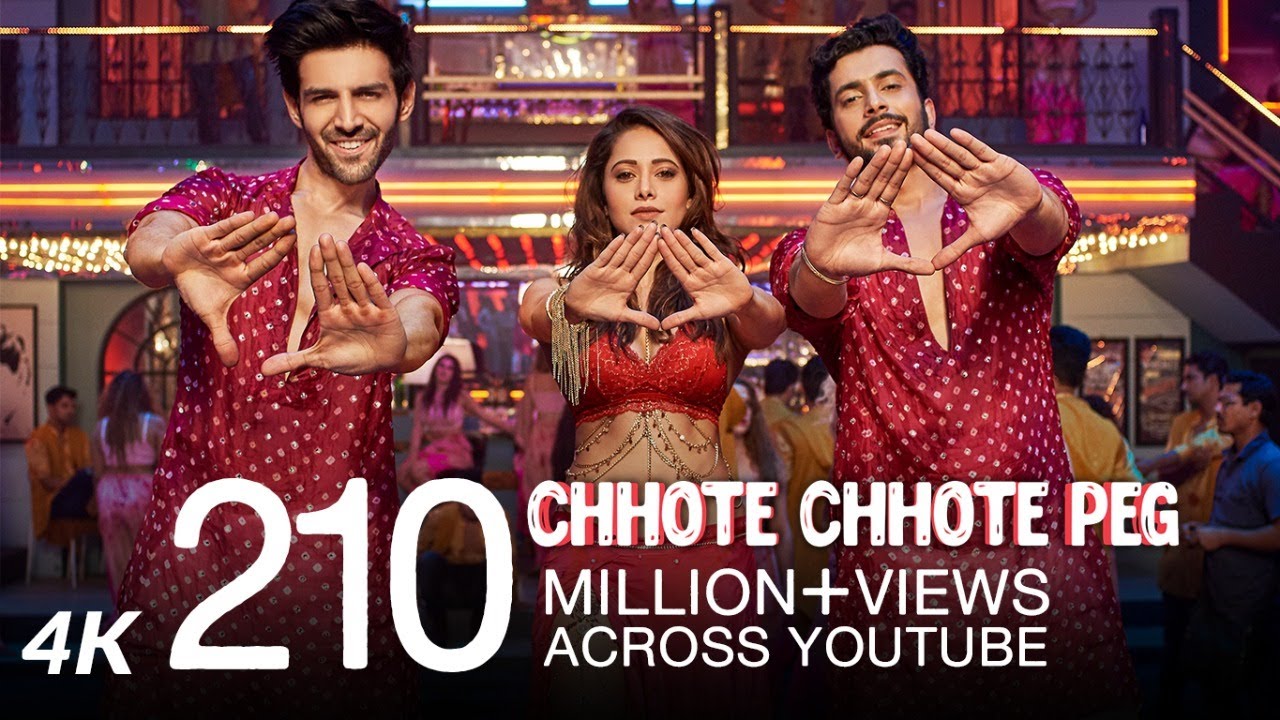 Popular artists Yo Yo Honey Singh, Neha Kakkar and Navraj Hans made the song so enticing with their mix of singing and rapping.

The music video itself is like a Christmas party with the way everyone is drinking, dancing and smiling.

The actors do well in showing off their impressive moves and it’s a song that really gets people going and motivated to have a good time.

This is one of those Bollywood songs to play after opening presents and it’ll get everyone ready to enjoy themselves more. 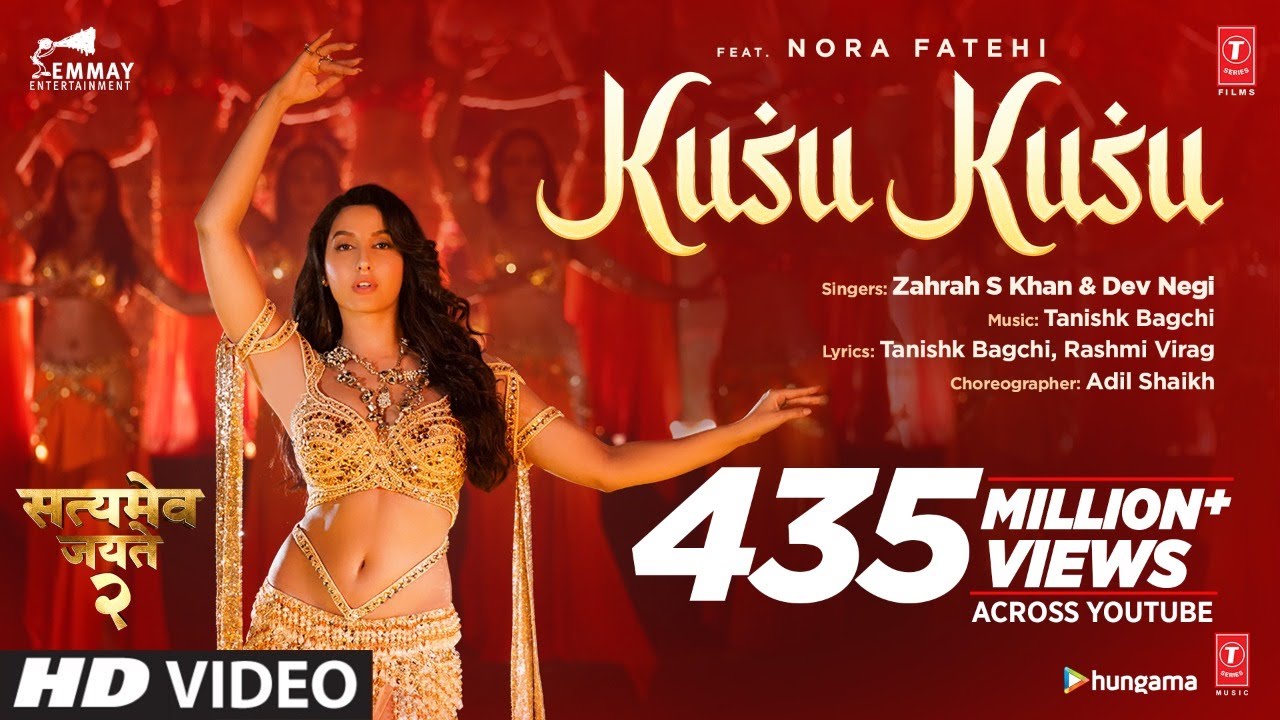 Finishing off our best Bollywood songs for Christmas list is this banger from Satyameva Jayate 2 (2021).

The movie stars John Abraham and Divya Khosla Kumar. ‘Kusu Kusu’ itself features actress Nora Fatehi dancing throughout the whole track as she glides and grooves with her impressive figure.

Her belly dancing was one of the main focal points of the number as she hits every note with her choreography.

It’s one of the many reasons why this song is a hit and highlights the amazing energy of the song. One lover of the track said on YouTube:

“Wow, Nora is fascinating. Her dedication, her passion, her love for dancing bring everything to this song.”

“This song gives you such amazing energy that you want to dance everytime.”

However, Zahrah S Khan and Dev Negi’s voices are also a staple of ‘Kusu Kusu’ and how popular it has become.

Your Christmas parties won’t be the same again after playing this.

These Bollywood songs are a unique way to celebrate the holidays and time with loved ones.

Not only can you include each of these as part of a playlist, but they can be on repeat throughout the festive period.

Whether it’s the vibrancy of ‘It’s the Time to Disco’ or the stylings of ‘Aata Hai Aata Hai Santa Claus Aata Hai’, these anthems will give you a very Desi Christmas to remember.