BMW i8 ~ The Eco-Friendly Super Hybrid

The 2015 BMW i8 is a revolutionary head turner of a sports car. With its futuristic looks and eco-friendly specs, this hybrid sits firmly in cruise control.

The i8 will glide past its sibling the BMW M4 with ease in a drag race.

The 2015 BMW i8 is a stunning example of a futuristic concept car brought into production, and sets a new benchmark between performance and efficiency for rivals in its class.

Surprisingly, this ultra-cool body of contours, which scream dynamic extravagance, can notch 0-60mph in 4.4 seconds with a mere mid-range 1.5 litre, 3 cylinder engine and still boast 134.5mpg.

This essentially tweaked Mini Cooper has been given a giant plug-in lithium-ion battery to power the petrol electric motor requiring only 2 hours to fully charge.

Along with innovative carbon fibre reinforced plastic materials, the i8 will glide past its sibling the BMW M4 with ease in a drag race. 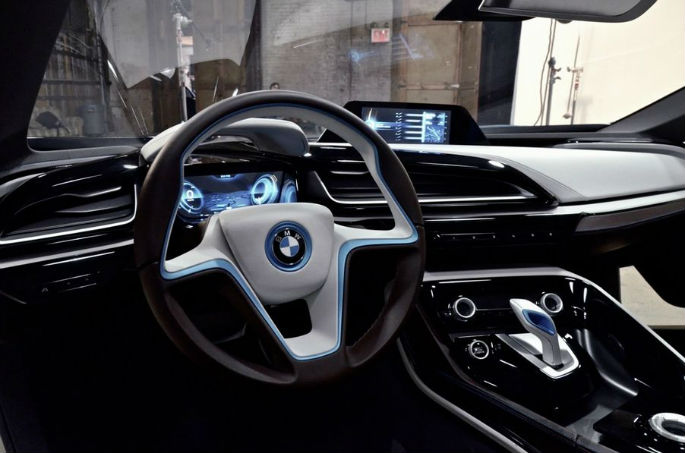 Yes, there are downsides too – like the tiny boot space and the two back seats suitable really only for storage.

Then there are those fancy push up doors which may be somewhat difficult to open with cars parked either side.

A £100,000 price tag may seem high, but factor in the efficiencies and cost saving elements (CO2 emissions of 49g/km makes the i8 free of road tax) and there is a good trade off for a car with looks to scare away most super cars. 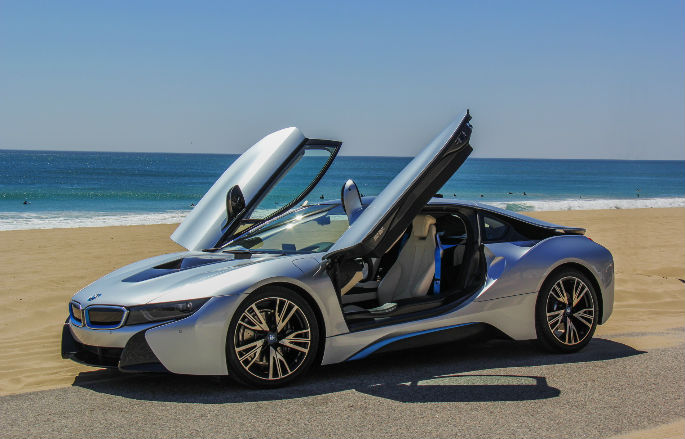 It’s clear the BMW i8 is no family car and these ‘minor’ drawbacks will pale into insignificance for the environmentally friendly petrol heads amongst you.

With its super quiet cabin and daringly fun-to-drive handling, the 2015 BMW i8 is future-proofed coolness deserving all the attention it attracts.