An Indian couple from Mumbai, Shasvathi Siva and Karthik Krishnan, pull out all the stops for a vegan and eco-friendly wedding. See all the photos here!

"Celebration does not need to involve cruelty."

When it comes to tying the knot, a Mumbai couple takes an unconventional route and decides to share their happiness with mother nature in a simple yet planet-friendly ceremony.

Instead of spending large sums on a lavish and extravagant wedding, as is a common practice for many South Asian nuptials, the lovebirds go all out to make sure their festivities would not harm a living creature.

Shasvathi Siva, the bride and daughter of an animal rights activist, asserts: “Celebration does not need to involve cruelty.”

Her family and husband Karthik Krishnan have implemented a vegan lifestyle for almost five years.

Karthik’s family, however, are not vegan, but Shasvathi assures that they readily agree to a vegan wedding: “Today, we are all vegan.” 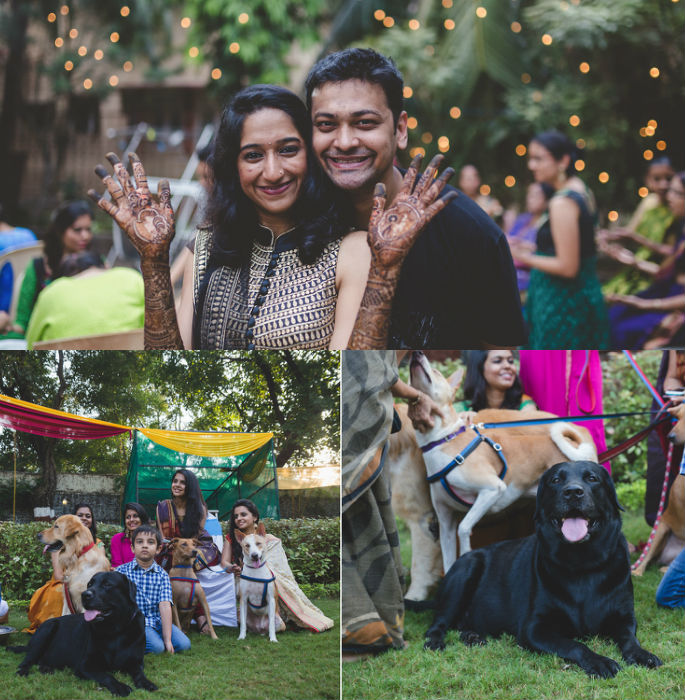 Shasvathi and Karthik are adamant that every single aspect of their wedding, from invitations to decorations, reflect their vegan and eco-friendly principles.

Their wedding invitations are written in an adorable and comical style from the perspectives of the Siva family’s four rescued pets: Calvin, Hobbes, Sienna and Simba.

Pets of their guests are also invited to the affair, and given a special spot in which to run around and play in.

“They are family, after all,” says animal lover Shasvathi.

No animals, flowers or living species are harmed in the process of bringing the event to life. The couple make sure that there is little to no use of plastic, and request guests not to wear silk, leather and pearls.

Substitutes are found in eco-friendly materials, such as recycled newspapers (napkins) and edible cutlery as an alternative for plastics. 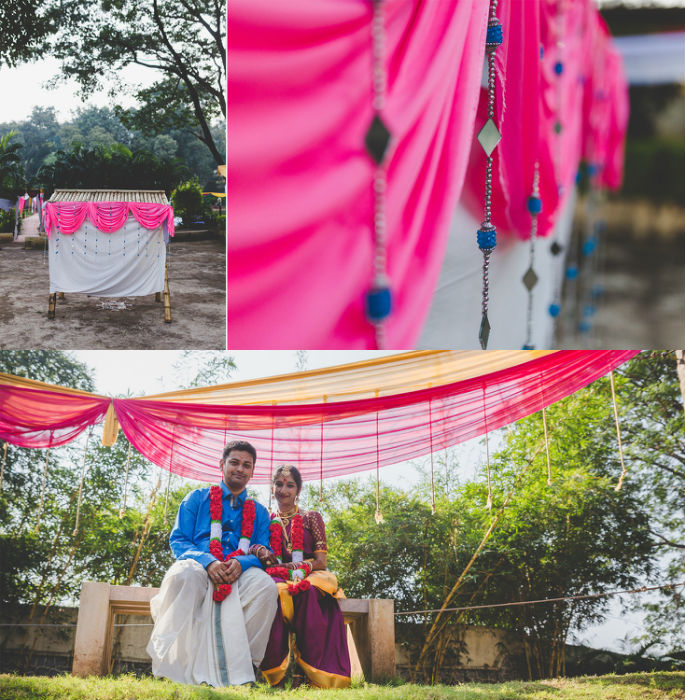 They use cloth bouquets and satin garlands in place of the traditional flower garlands and constructed their wedding swing from bamboo and cloth.

“To me, cutting down a tree is not prosperity, so instead we planted two banana trees in the resort six months before the wedding. The trees are alive even today.”

The couple also refrain from putting dairy products on the wedding menu. This is no doubt a difficult feat, considering that many Indian dishes and desserts call for dairy products such as butter, milk and ghee in their recipes.

But the couple were unwavering in their convictions, as Shasvathi declares: “You don’t need dairy to have a delicious meal.

“People sometimes ask us how we maintain such a strict lifestyle. It is easy to do it once you think of how our dairy animals are…(made to) produce milk…just think about the cruelty involved.”

Instead, any dairy product is replaced with vegan alternatives: soy, almonds and cashews served as cruelty-free replacements. And in place of milk-based sweets and desserts, Shasvathi and Karthik provide their guests with dried fruits. 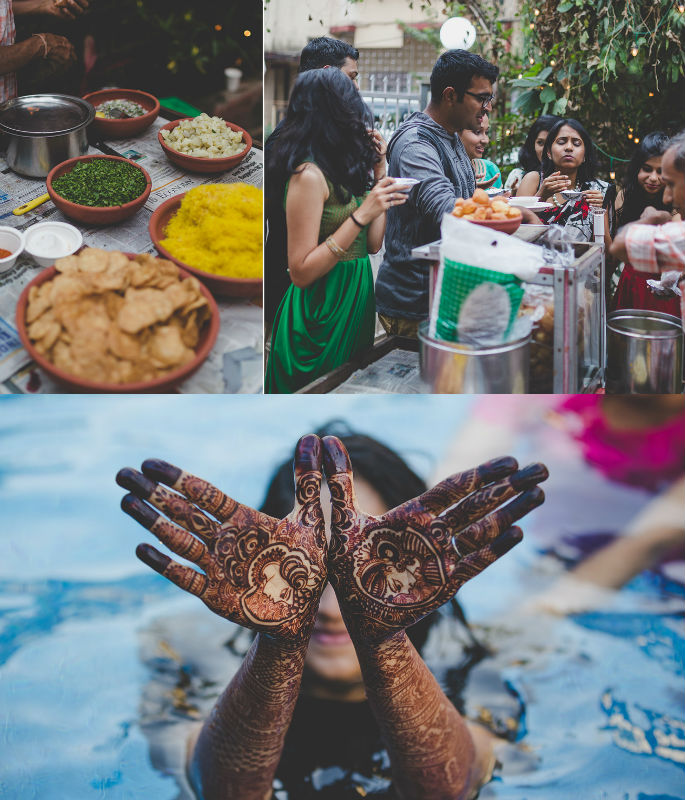 Specialist vegan dairy-free ice cream is transported in a special refrigerator by train all the way from Delhi, served with edible spoons.

The couple decline the opportunity to fly in the ice cream more conveniently by plane in order to reduce their carbon footprint.

Shasvathi uses makeup which is cruelty-free and has not been tested on animals. On her hands and feet, intricate patterns are drawn with traditional henna, which she makes sure is organically sourced and chemical-free.

Instead of the transitional deity carvings, carved coconuts are used as decorative embellishments, depicting pro-vegan messages and promoting eco-living.

Guests are gifted with vegan starter kits from animal rights organisation PETA and organic toiletries. They are also advised beforehand not to buy gifts, because cash vouchers would be donated to various animal causes. 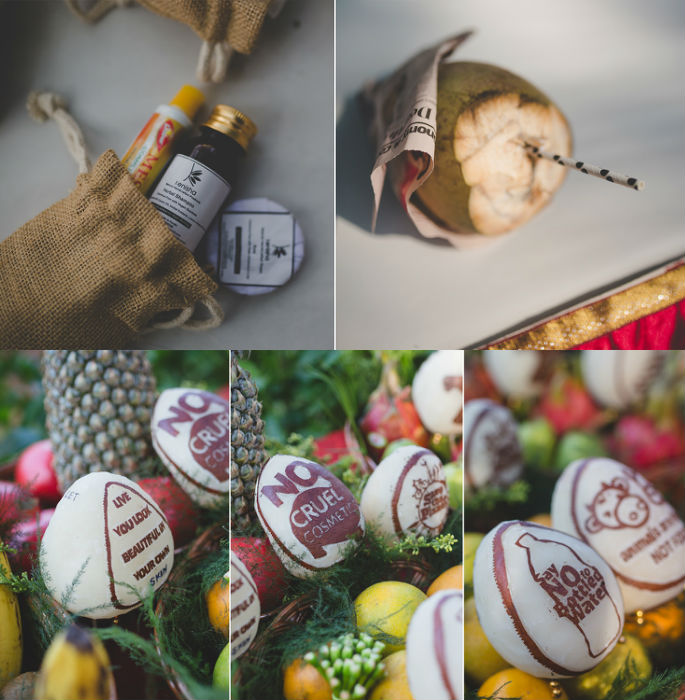 To many Desis, the vegan and eco-friendly wedding may seem like a huge amount of effort and inconvenience.

But Shasvathi is positive that her wedding will serve as an example that pushing the ultimate boundaries in harmless living is possible, with careful and diligent planning, saying:

“Where there is a will, there is a way. We need more people to have such weddings. Celebration does not need to involve cruelty, that in itself is an oxymoron.

“So please do explore such opportunities, and make it count.”