Not a day passes that the whole family doesn’t settle around the television after an early dinner to catch up with their favourite serial. DESIblitz lists the best Pakistani dramas of 2015.

What sets Pakistani dramas apart is the realistic portrayal of the characters.

Invite anyone to dinner and you will be asked to delay the time a little, because your guests want to watch how things are progressing for their much loved drama characters.

It doesn’t matter what really causes men and women to become glued to their seats every day to watch their dramas.

But there is no doubt they are very popular not just in Pakistan but the UK, US and all around the world.

Whether it’s the beautiful women or the hunky men, the fact remains that Pakistani drama serials are a firm favorite.

What actually sets Pakistani TV dramas apart is the realistic portrayal of the characters.

People are entranced by the depiction of everyday problems which seems like they are watching their own lives unfold before them on the television screen.

Add to it a bit of fantasy and a healthy dose of wishful thinking, and you have got a hit drama serial for your viewing.

The drama craze just doesn’t seem to be abating, that’s why DESIblitz brings you the most popular TV dramas of 2015. 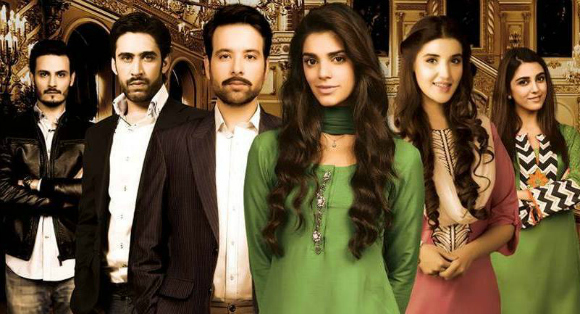 Diyar-e-Dil, one of the most popular serials to be aired on Hum TV, is a firm favorite of people of all ages.

A beautiful saga of love, Diyar-e-Dil spans two generations. How two brothers are torn apart by their father’s stubbornness and of the family being reunited again by their offspring.

It’s a tale of forgiveness, of regret and of poignant truths which people often overlook in their doggedness and ego.

Agha Jan, played by Abid Ali is a strong headed man who disbars his much loved son, Behroze, played by Mikal Zulfiqar for marrying Ruhina (Sanam Saeed) instead of his cousin Arjumand (Hareem Farooq).

The pieces are left to be picked by Behroze’s younger brother Suhaib (Ali Rehman Khan) who marries Arjumand on his father’s command. His strong yearning for his family to be reunited is fulfilled after his death.

It was his last wish to see the children of both brothers united in matrimony thus ending the decades long feud.

The two children Faarah (Maya Ali)  and Wali (Osman Khalid) are not happy with the decision and have many differences.

However, it is Agha Jan only who tries to make the two see eye to eye and end what he had started all those years ago.

Not only is Diyar-e-Dil an emotional rollercoaster but the scenic locations where it’s been shot enhance its overall appeal. 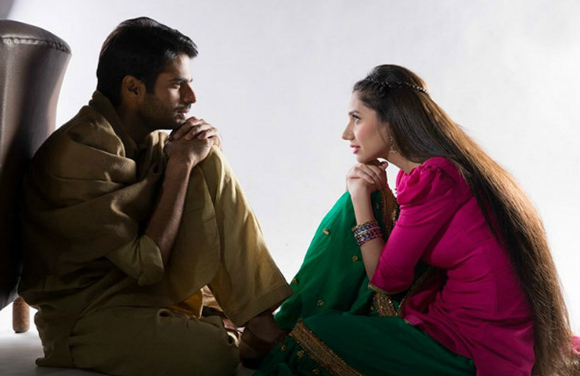 Although it aired in 2014, it stretched to into 2015 as well. Sadqay Tumhare is one drama serial you wouldn’t want to miss.

Sadqay Tumhare is a classic tale of good old fashioned romance. If you are tired of all the glitz and glamour being aired on television these days, Sadqay Tumhare comes as a much needed respite.

The main characters of Shanno and Khalil played by Mahira Khan and Adnan Malik are a treat to watch. They enact their roles which much elan.

It’s a tale of a young couple engaged much before their coming of age.

It’s a story of how a young girl despite being unable to see her fiancé adheres to his memories. Of a young man who despises the notion of his arranged match yet falls in love with the very girl he had decided to hate.

Like all drama serials there is definitely an element of surprise here. There are a great many skeletons in their respective family’s closets, all which will be revealed when the two eventually come together.

Shanno’s parents prove to be the villains in this case, making several attempts to sabotage the love between Shanno and Khalil. It is said to be based on Khalil ur Rehman’s own personal life, so this drama is a must watch! 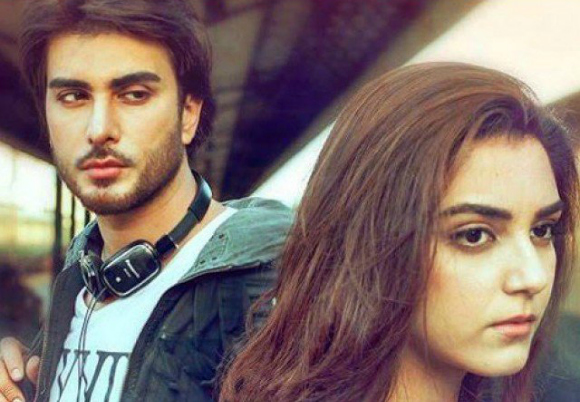 Based on the love story of Yousuf and Zulaika played by Imran Abbas and Maya Ali, Mera Naam Yousuf Hai is a poignant love story.

Yousuf sets his eyes on Zulaikha while travelling in a train. He is quick to confess his love, yet Zulaikha takes her own sweet time.

However the two find it impossible to marry in the given circumstances and part ways only to be reunited in the end.

It has its shares of ups and downs, larger than life events which lead to catastrophes and a healthy dose of filmy events. Despite all this, the drama comes across as a visual treat.

Imran Abbas as the dreamy Yousuf plays his role to a T, not to forget his dashing good looks are one of the reasons for the drama’s popularity.

Also the fact that the characters eventually reunite in the end is some consolation for the viewers. 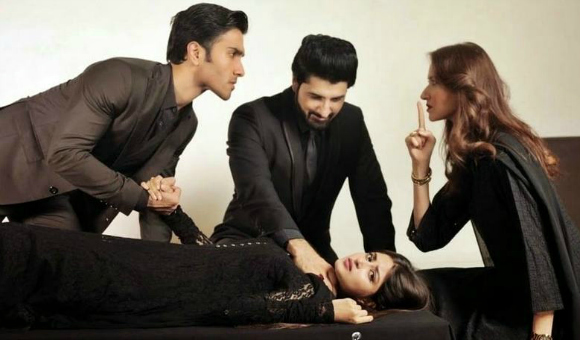 Chup Raho is story of evil which lurks in the society catching people unaware. It’s the evil which makes people remain quiet even when they know that a crime has been committed.

It follows the life of Rameen, who is raped by her brother-in-law Numair. When she threatens to expose him, she is deemed as being mentally unstable by her own sister and mother.

The drama raises issues which are normally swept under the carpet and remain hushed. It gives a lesson that there is no honour in silence.

It depicts a young woman realising her strength. This makes her leave her husband and find a better life for herself.

Touted as being the most watched drama serial of 2015, Chup Raho tends to drag a bit in the end. But despite these shortcomings it’s an interesting watch. 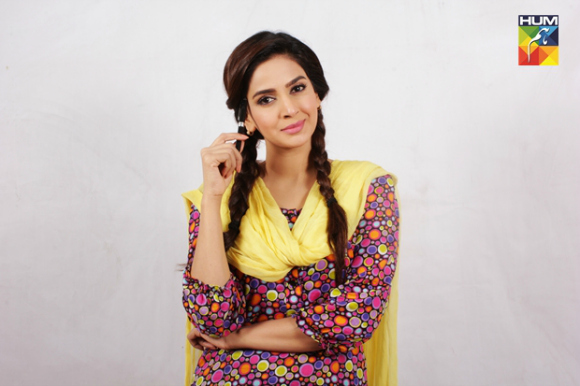 An intense play, Digest Writer follows the life of Fareeda (Saba Qamar), a young woman who spins tales of love yet her own life is the complete opposite of what she depicts to her fans.

She has a husband who is a lecher and who only remains with her for the money her stories make.

Fareeda finds success as a digest writer, yet her own personal life is a mess. She forgoes love for her parents sake and yet when she finds that love again she has to forgo it for her children.

Sabah Qamar plays the character with aplomb. Her strong nature and will power is commendable. Though it would have been nice to see the story end a different way and the villains get their just rewards.

Digest Writer is an interesting story which keeps viewers glued to the seats and often yearning for more even after the serials end.

These TV dramas are not only interesting but have a strong story line as well. What sets the dramas apart is their realism and the remarkable sensitivity with which social issues are dealt.

Though this is by no means an exhaustive list of favourite Pakistani TV dramas, there are a great many which have been keeping folks equally entranced.

Naila is a writer and a mother of three. A graduate in English Linguistics, she loves to read and listen to some soulful music. Her motto in life is "Do the right thing. It will gratify some people and astonish the rest."
7 Bollywood Sex Scenes passed by the Censors
Best Bollywood Films of 2015