Are Bollywood Films Becoming Too Westernised?

Are Bollywood films neglecting their audience to appeal more to the West? DESIblitz expands upon this issue.

"It isn’t dead, but it’s certainly in trouble."

Bollywood films are a significant element of Hindi cinema and culture.

Over the decades, the industry has grown and it has influenced and shaped how stories are told in Asian cinema.

Many Bollywood films are steeped in a unique culture that makes them stand out from other movies.

Whilst the aim is to always tell a story, a core measure of the success of a Bollywood film is its profit.

One of the ways Bollywood makes a film more potentially successful is by introducing characteristics from foreign cultures.

This allows filmmakers to grow their audience outside India.

Bollywood has always been influenced by Western culture, the name itself stems from a mix of Hollywood and Bombay, now known as Mumbai, where the industry was created.

It has always been understood that introducing Western elements is one of the easiest ways to connect with a wider audience.

Lamhe was partly filmed in London and Rajasthan, and Kuch Kuch Hota Hai was filmed in Mauritius, India, and Scotland.

Filming in these locations meant that their popularity was able to expand beyond their native audiences.

Multiple earlier Bollywood films have also starred well-known Hollywood actors, such as Denise Richards and Sylvester Stallone both playing themselves in Kambakkht Ishq.

The film itself follows Akshay Kumar as a Hollywood stuntman, giving a Bollywood perspective on Hollywood fame and Western culture.

It mixed elements of Bollywood and Hollywood, allowing it to appeal to a much larger audience.

Bollywood has, however, had Hindi-centric films that have broken into foreign audiences.

S. S. Rajamouli’s RRR has become the third highest-grossing Indian film of all time, partly due to Netflix and other streaming services.

This trend of introducing Western elements into Bollywood films has continued for decades, but the industry may be losing sight of its origins, and the audience that made it the pop culture powerhouse that it is today.

Is Bollywood losing Touch with its Audience? 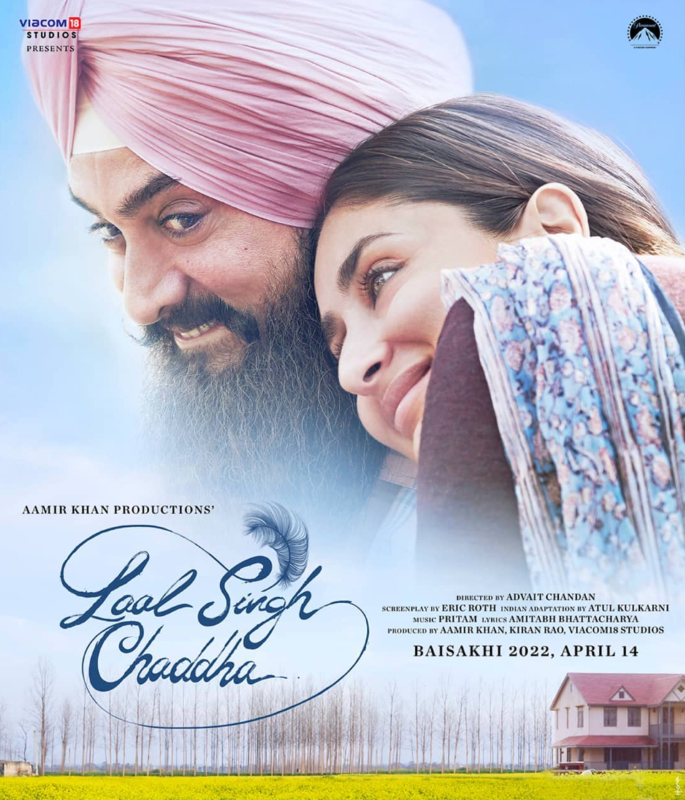 In an interview with Hindustan Times, Rishab Shetty, director and lead actor of Kantara, worries that Bollywood filmmakers have been influenced by Hollywood too much:

“Too much western influence and consumption of Hollywood and other content has led to filmmakers trying to do the same in India.

“But why are you trying that? People are already getting that in Hollywood, and they are doing it better in terms of quality, storytelling and performances.”

Laal Singh Chaddha, a remake of Hollywood’s Forrest Gump which was released on August 11, 2022, flopped earning only Rs. 58.73 crores at the Indian box office in comparison to its Rs. 180 crore budget.

The film faced significant backlash from audiences, culminating in a movement under the name ‘Boycott Bollywood’.

The original reason for the boycott of Laal Singh Chaddha was a comment made in 2015 by the film’s lead and producer, Aamir Khan, regarding India’s “intolerance”.

Since then, the boycott has grown beyond targeting the film and is now a movement against the entirety of the Bollywood film industry.

This has led to a further loss and alienation of its native audience, leading Bollywood to further target Western audiences.

While the movie did follow the same plot as its predecessor, it was intertwined with song and dance sequences that gave it that Bollywood film charm.

Although, the musical element that makes a film Bollywood is also a point of contention.

This could be an attempt to further appeal to Western audiences by giving a form of relatability and inclusion.

However, having foreign performers arguably serves to disconnect the audience from the characters dancing.

Most interpretations of white women in the movies are promiscuous and objectified for the audience.

This isn’t the intention of Bollywood filmmakers, but more the symptom of an industry attempting to expand its audience whilst trying to keep its native one – but failing to do both.

Songs within Bollywood films have also changed, with some dropping traditional instruments in favour of more Western instruments such as guitars and drums.

They may also feature English lyrics woven into their musical numbers, or have a mix of languages throughout the film.

The film tackles taboo subjects such as prostitution and features one of the three protagonists entering a brothel. However, it received critical acclaim.

Will Westernisation be the Death of Bollywood? 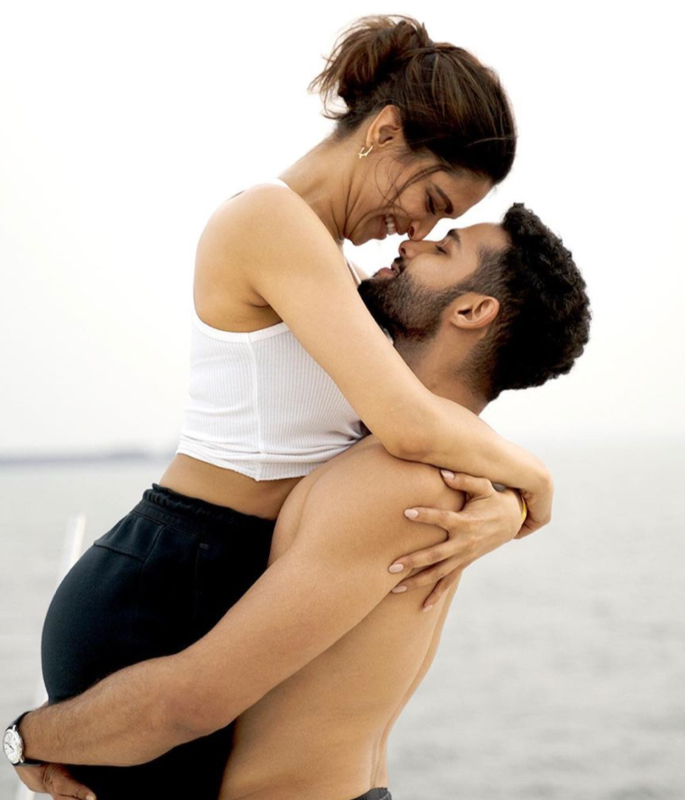 When asked about the state of Bollywood by Scroll.in, Ormax Media co-founder Shailesh Kapoor said:

“It isn’t dead, but it’s certainly in trouble. The Hindi film industry doesn’t seem to have kept pace with the way taste has evolved over the last few years, especially in the last one or two years.

Westernisation may not necessarily be the end for Bollywood, since, as time goes on more and more of the Hindi population are exposed to Western culture.

However, the rate at which this Westernisation is happening may damage Bollywood further.

The Covid-19 pandemic also severely impacted Bollywood as an industry.

Ticket sales for Bollywood films during 2019 fell nearly 50% between July and September, with film companies moving to OTT services such as Netflix and Disney Plus.

These services go over the top of regular broadcasts and television, allowing audiences more direct access to shows and films.

This increase in the multinational audience has benefitted Bollywood films, especially with India’s OTT service predicted to generate $3 billion alone by the end of 2022.

But this only further alienates their less technologically adept audience as the industry sacrifices its cultural identity in pursuit of profit.

Western shows such as House of the Dragon and Money Heist are becoming preferable compared to newly released Bollywood films and shows. 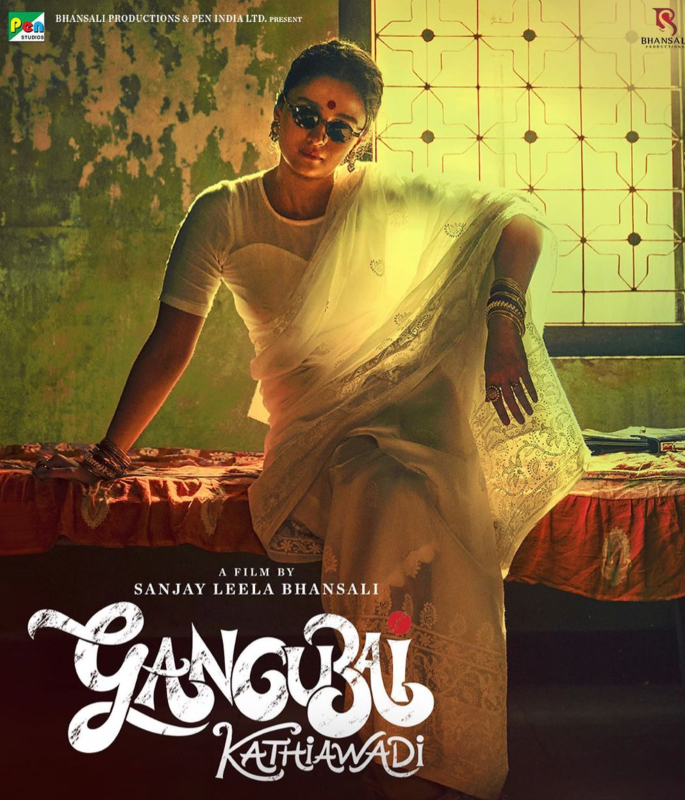 With the rapid growth of social media such as Twitter, Hindi audiences can interact with many cultures outside of their own, perhaps making them more accepting of outside views and elements.

However, publicity on social media is not an automatic guarantee of success in terms of profit for a film.

An entertaining plot, convincing characters and meaningful dialogue is needed to make a film successful.

The publicity around the film was massive, integrating both traditional and digital forms of marketing.

Yet, the film was a box office flop, making only Rs. 60 crores, nearly half its budget.

This presents Bollywood with more reason to westernise further, to keep its younger audience and rival its new competition.

This Westernisation also allows Bollywood films to break the tradition that once held it back.

Taboo subjects such as sex and prostitution are beginning to be discussed more openly in society.

An example of this is the film Gangubai Kathiawadi, starring Alia Bhatt.

It is a re-telling of the life of Gangubai Kothewali, an Indian social activist who endlessly spoke up for sex workers’ rights throughout her life.

The film was praised by critics and remains one of the most-watched Indian films on Netflix.

To survive, Bollywood will have to change.

Cultural taboos and generic male-centric stories may have to be shed to appeal to a more global audience and retain its younger, native audience.

The Westernisation of Bollywood films and their audience will continue, but whether or not Bollywood will retain its cultural identity, is yet to be seen.

"Louis is a Journalism Student with a passion for gaming and films. One of his favourite quotes is: "Be yourself, everyone else is already taken."
Pori Moni testifies in Attempted Rape & Murder Case
Manjima Mohan says She was Body-Shamed at Wedding