Are British Asians getting more materialistic? With westernised upbringing mixed with Desi culture, does the battle of materialism with Asians still exist?

Showing off is a favourite pastime among Asians.

Whether you partake in it or not, you will have witnessed the fierce competition between families and neighbourhood friends.

There is evidence of obvious materialism, where people flaunt designer brands and expensive cars.

A good example is a big fat Desi wedding, where upwards of £50,000 can be spent on lavish venues, gourmet food and designer outfits.

So, are British Asians becoming more and more materialistic? DESIblitz explores how a love for all things expensive is affecting younger generations of British Asians.

Past Generations of British Asians 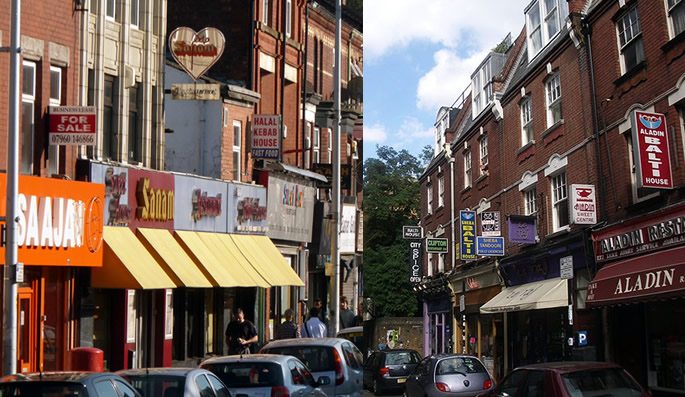 Back in the day, around the time of the 1970s and beyond, many first-born Asians in the UK came from hard-working families.

They grew up watching their parents work 20 hour shifts, seven days a week. They lived in cramped council houses and money earned was saved and sent back home to India and Pakistan.

As a result, this generation of Asian kids had to make do with hand-me-down clothes and old toys:

“I lived with my entire family in a three-bedroom house. All my uncles, aunts, their children and their spouses after they got married. Altogether, around 15 people in one terraced house,” explains British Asian Jag.

This limited childhood experience, especially while living in the west, created a sense of hidden resentment when compared to their white counterparts. Many of whom enjoyed the latest toys, lavish birthday parties to the cinema or bowling alley, and even weekly pocket money.

These first generation British Asians growing up then have been profoundly affected by the absence of money. It led many of them to study and earn high paid jobs so that they would no longer feel deprived of material wealth.

Jag explains how his generation were already beginning to be shaped in a different way. When he wanted to help with the family’s finances, his father encouraged him to enjoy his youth:

“We had no car and would have to walk over an hour to and from school. I got a job as a kid to try and fund for things so my parents didn’t have to worry.”

“My dad wasn’t impressed. He said he wanted me to enjoy my childhood,” Jag explains. Many Asians wanted to ensure that their own children had a different upbringing than they did. 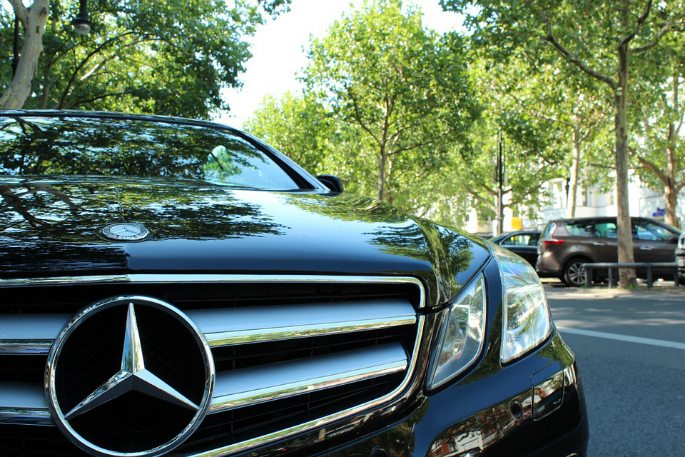 The first generation of British Asians all started from the same humble beginnings. Especially families who all lived around each other, they all struggled for a while and went through the same process.

To see their counterparts doing better may hurt, as they could be in that position.

Going from rags to riches is an experience in itself. If you can finally afford all the things you have wished to have in the past, why wouldn’t you spend your money on the finer things in life?

The competitive nature, however, results in Desis spending money they haven’t actually got, but they do so to fit in.

“My parents taught me not to waste money on designer things; we can afford it but can’t justify that kind of money. But the people I have met thrive off that and their parents would easily fund this lifestyle.”

There are Desi people constantly competing to out-do each other, even if their opposition are friends or family:

“Unfortunately I know people that put themselves in severe financial trouble as they’ve spent money they don’t have on things they actually don’t need, like designer garments,” explains financial adviser Kiran*.

Jag explains it from his position: “I don’t want my kids to feel deprived like I did as it wasn’t nice at the time; as an adult I understand, but in the past I didn’t.

“If most of the kids at school have an iPhone, it’s easier to get your kid one too. You feel guilty. As a parent, you want your children to have everything they want as they are now your sole purpose in life.”

Why do Desis Love Designer Names? 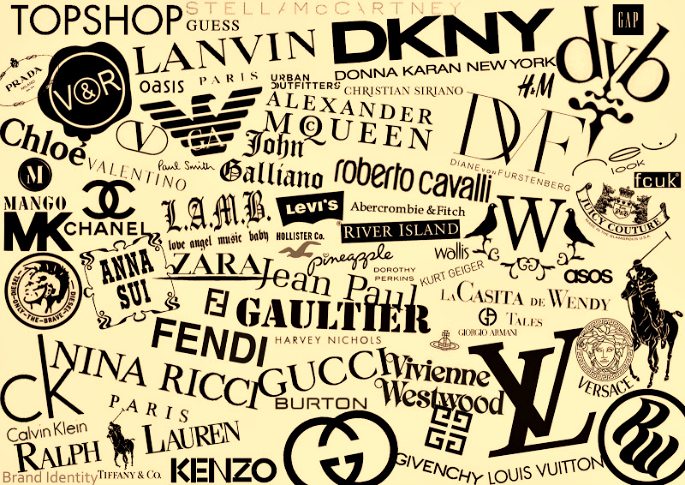 Can money buy happiness? Studies have shown that those with unstable family lives, turn to material goods and wealth to fill the void.

Maybe those Asians who have grown up in difficult circumstances, who come from conservative backgrounds, and who do not connect with their strict hardworking parents look to other ways in which seek out emotional fulfillment.

Traditional Asian society teaches children to obey their parents. This can mean that they avoid opening up about their feelings. Distances between the parent and child are perhaps a reason as to why Asians resort to materialistic happiness because it offers them a physical sense of worth and achievement. This expands out between siblings and families too. Rai* says:

“I’ve noticed the older generation Asians feeling they have to show to others how much they have. They’ll buy fancy cars, just to give off the impression they are doing well. It’s quite sad and sadder that their children pick it up too.”

Developed nations flaunt a good lifestyle as one which is full with money and so to be happy, you must have the finer things in life.

On the other hand, a study from 2014 reveals that those who are materialistic are ‘more likely to be depressed and unsatisfied’. With social pressure from a highly integrated Desi culture, can lead British Asians to get lost into the world of materialism.

Matt explains it from a non-Asian’s point of view: “I’ve seen my Asian friends own a lot more expensive things. Not necessarily designer, but jewellery wise. A lot of gold or fancy watches.”

He explains however, that he never got the impression that it was a materialistic rivalry that Asians have: “I just think Asians are hard-working people, not that they compete with one another.”

The New Era of Materialism 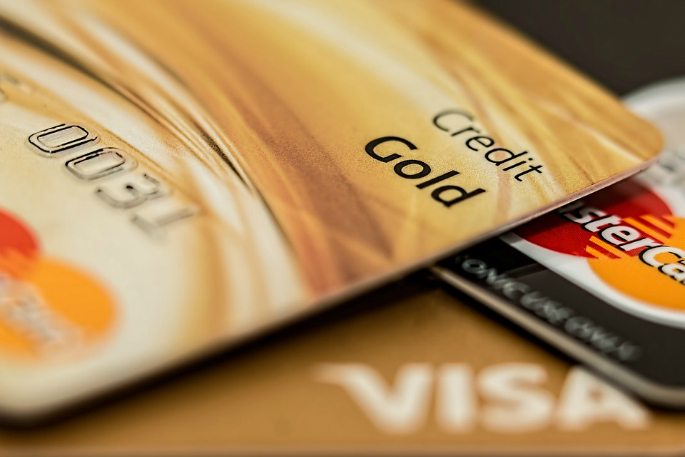 Things that were often regarded a luxury, are not any more. Times have rapidly changed. Today, six year old kids have smartphones and teenagers demand £400 designer trainers:

“I wouldn’t know when to give my child a phone, as when I got first got one it was for emergency. I really don’t see a five-year-old needing a phone, but as it is a trend you feel inclined to let your child fit in,” says Meera.

The new generation also promote it, on apps such as Instagram and Snapchat, there is a whole new realm of competition:

“The need to be better than someone is definitely higher now. People have sly ways with snapping their goods”, says Gita*.

“A Prada bag in the background of their gourmet salad. A Rolex sign next to their champagne glass. People think it’s the norm, so feel left out if they lack those things.”

Some people are still baffled by it all:

“I saw a relative dressing her newborn in a designer dress, not for an occasion. A newborn who is most likely going to vomit on it. What is the point?” says Sukh.

“But people pick up on it. They would notice the dress was designer and be more than intrigued.”

With people having new ways to flaunt their material riches, adds extra pressure to the so-called Desi materialistic nature. With social media being the easiest way of communicating, we may see an even more competitive and materialistic generation online.

We may result in seeing a new phase of British Asians being spoilt by materialism. Not understanding our previous generation’s immense struggle for home and comfort, can lead to the future generations not grasping the sacrifices that had to be made.

It could lead to a generation that will not be exposed to hard graft, and thus not knowing how to cope; are future generations of British Asians at risk of being overly sheltered?

South Asians should be more than proud of their success in western society. They have pushed past all boundaries to severely improve their lifestyle. But we must question what the effect this will have on future generations, who may not feel the need to work as hard.

Names marked with * changed for annonymity