Abortion remains one of the biggest taboos within British Asian communities. A BBC adaptation explores the issues surrounding its stigma, in which Aizah Khan reveals the story of Tanaya.

"Imagine what it would have been like if I'd come home and said I was pregnant?"

Despite being legalised in the UK in 1967, abortion remains one of the biggest taboos of western society.

The ongoing debate of pro-life vs. pro-choice argues the right a mother has over her own body and her descision on whether or not to have an abortion.

However, for many communities, particularly in the British Asian sphere, the moral, religious and cultural implications of termination can prove to be considerable challenges to overcome.

Attempting to bring real-life experiences of abortion to the forefront is a new BBC adaption called, Performance Live: I Told My Mum I Was Going on an RE Trip.

Marking the 51st anniversary of the Abortion Act, the drama tackles the controversy around abortion through frank and honest insight.

By doing so, it aims to break down misconceptions and encourage more individuals to openly talk about it.

The drama also explores the various situations and experiences women go through. Showing how, despite stigmas, abortion affects many communities.

Actress Aizah Khan tells the story of a 24-year-old British Asian woman called Tanaya. At the age of 16, Tanaya had a termination, after becoming pregnant by a man five years older than her.

Tanaya explains that while she was at this age, she regularly rebelled against her conservative parents. She stayed out late, smoked weed and had a boyfriend – actions which are still frowned upon in some traditional Asian circles.

In particular, she recalls one incident where she stayed late at her boyfriend’s place:

“[My mother] came to pick me up and then my sister was driving and my mum took her shoe off and she was hitting me with it.” 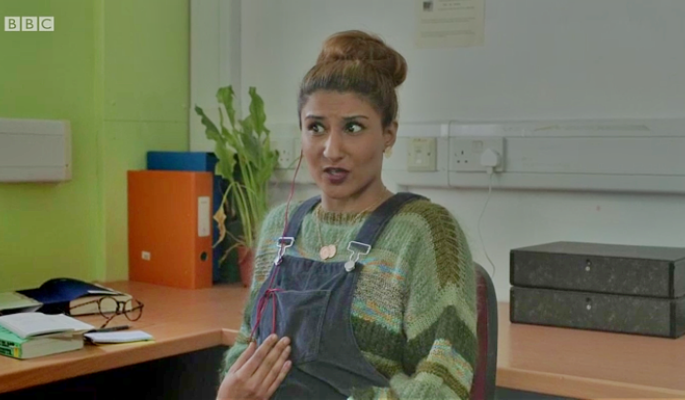 She adds that after returning home, her mother got out a knife and berated Tanaya by saying: “What you’re doing to my standard in the community, I won’t have it, I won’t have it.”

Tanaya reflects many young British Asians who pursue a kind of ‘double life’ to avoid their families finding out about what they get up to. However, this can be difficult, especially as older generations fear being shamed in the community and so tend to keep a close eye on their children.

Having faced such repercussions over simply staying out late, Tanaya feared how her mother would react about her pregnancy: “Imagine what it would have been like if I’d come home and said I was pregnant?”

Upon hearing she was pregnant at a clinic, Tanaya decided to have a termination. Questions formed in her mind about “my college, everything, my ambitions, my boyfriend”.

However, her family also came into consideration. While abortion is a taboo, so too is sex and pregnancy before marriage. In some situations, there is a risk of cultural shame, future ‘unsuitablity’ for marriage and even disownment.

Tanaya doesn’t explicitly mention this. But her reaction and decision may resonate with some.

Meanwhile, she reveals her boyfriend was supportive and offered to sort out the situation if she wanted to keep the baby. She says at the time this annoyed her as she didn’t want to “feel any emotion towards this thing”.

Going on an ‘RE Trip’

While in the process of getting an abortion, the 24-year-old recalls an awkward moment in where she was seen by her family’s doctor, also British Asian. She says:

“I can’t believe it, like, my family GP who’s been my family GP since I was, like, a baby, moonlights as an abortion doctor!”

This highlights how the stigma surrounding abortion also spreads to doctors. How those from Asian backgrounds cannot openly reveal if they perform them.

On the day of the termination, Tanaya lied to her mother and said she was going on an RE trip. She also scheduled it for early morning as she knew she couldn’t stay overnight at the clinic. 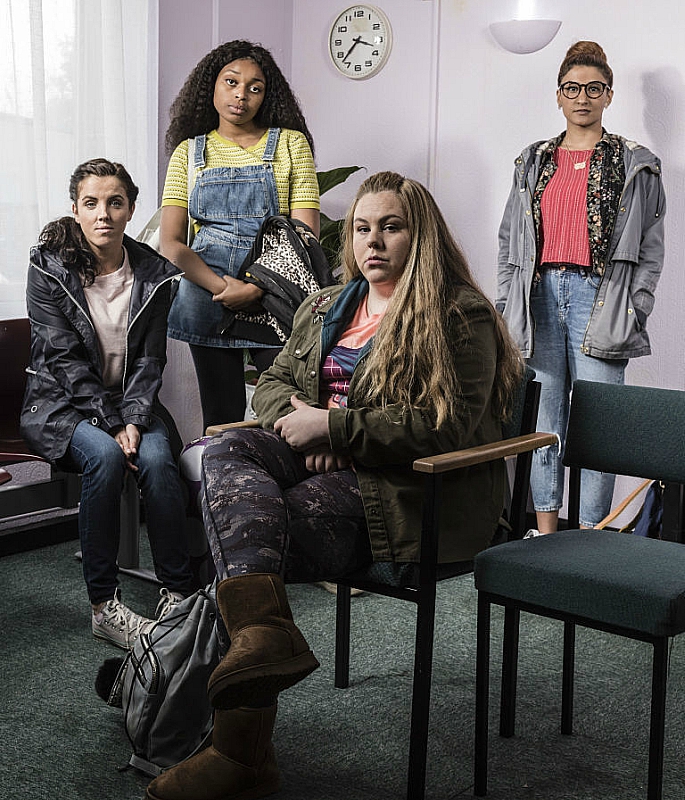 While there, she saw an older Indian woman also waiting to be treated. She admits: “It’s weird also to see another Asian person having an abortion.”

According to BPAS, the number of UK women having an abortion before 45-years-old is 1 in 3.

Perhaps it’s possible a high percentage of Desi women are in this band. However, due to stigmas, they feel they have to hide it, fearing shame from both family and society.

Afterwards, Tanaya explains how her life continued as normal – getting picked up by her boyfriend’s cousin and eating a kebab at a chip shop.

However, through her words, one can tell how the situation felt very difficult for her. While recalling through the different methods of termination, she admits she found it “hard”.

She also reveals that even to this day, she can envision “the image of this child that I was going to have”.

Debating the Issues behind Abortion

The drama highlights multiple debates on the controversial topic of abortion. In the various interviews, we see varying opinions around women and doctors over whether abortion should be a choice for mother’s or not.

It also questions the limit for abortions, which stands at 24 weeks. Is it morally acceptable for this to be extended as opposed to shortened? At what point does a foetus stop being a mass of cells and begin to feel pain? 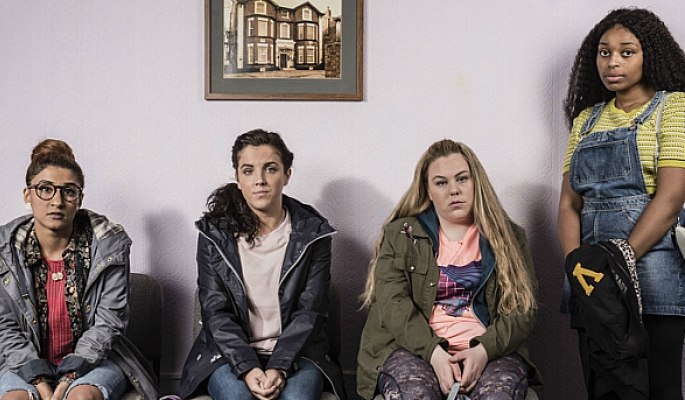 “As the foetus grows, it becomes less like a ball of cells and becomes a baby, become a recognisable object which looks like a baby. And when you start to see foetal movements, it feels more of a cruel procedure.”

The drama also explores how other countries still consider abortion as illegal. For example, the Abortion Act 1967 is not extended to Northern Ireland and it is prohibited in the Republic of Ireland by the Offences against the Person Act 1861.

In recent years, discussions to legalise abortion have grown. However, one interview with a Northern Irish woman, who eventually had an abortion after travelling to the UK, shows the path to legislation looks far away.

The story of 24-year-old Tanaya will strike a chord with many British Asians. With the risk of shame and conflict from her family, one can understand her reasons for a termination. 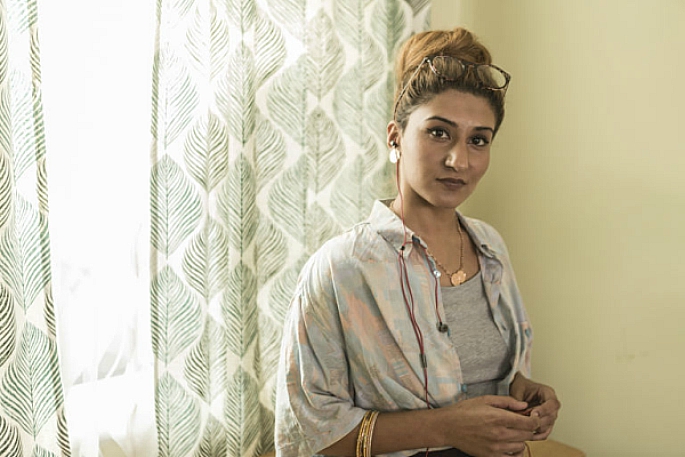 Her experience particularly resonated with actress Aizah, who also had an abortion as a teenager. She told Elle UK:

“Because we came from a similar Asian background, I could understand straight away the fears she had and concerns about her family becoming violent.

“These are issues that women from this kind of culture will experience on a daily basis and a lot of people don’t know about it.”

While she initially felt reluctant to share her own experiences, these real-life accounts gave her the confidence and platform to also speak out:

Indeed, this programme gives real ‘food for thought’ for British Asians and the entire UK society. Encouraging them to spark conversations and shed the stigmas attached to abortion.

It may be some time before Desi communities can openly discuss and accept terminations. However, this BBC drama offers many to take the first step to this journey.

Watch Performance Live: I Told My Mum I Was Going on an RE Trip on BBC iPlayer here.

How Family Counselling helps Asians and their Problems
Is Living Together before Marriage becoming more Acceptable?