Actress Sara Shrawan has been accused for being involved in an extortion case of Rs 15 lakh. She appeared before a court with her four-month-old baby.

"She was arrested by unit-2 crime branch police"

The police report was filed by a fellow actor as Sara was detained from Lower Parel in Mumbai on Saturday,  November 30, 2019.

Sara Shrawan appeared in front of a vacation court with her four-month-old baby.

Sara starred in a film with aspiring actor Subhash Yadav. Shortly after the film’s release, Sara filed a molestation case against Subhash Yadav during September 2018.

It is reported she is the fourth person to be arrested for involvement in the case.

Besides Sara, two other actresses, a man identified as Ram Bharat Jagdale and police sub-inspector Amol Vishnu Tekale of the Anti-Terrorism Squad, Maharashtra have been accused.

According to police sources, Ram Bharat Jagdale, who acted as a middleman, attempted to negotiate a settlement with Subhash Yadav. Subhash also recorded a video of him apologising.

The suspect demanded Rs 15 lakh from Subhash Yadav in exchange for not making the video public.

As a result of the video going viral, Yadav approached the police and lodged an extortion case in April 2019 against all the accused. He filed the report at Sahkarnagar police station. 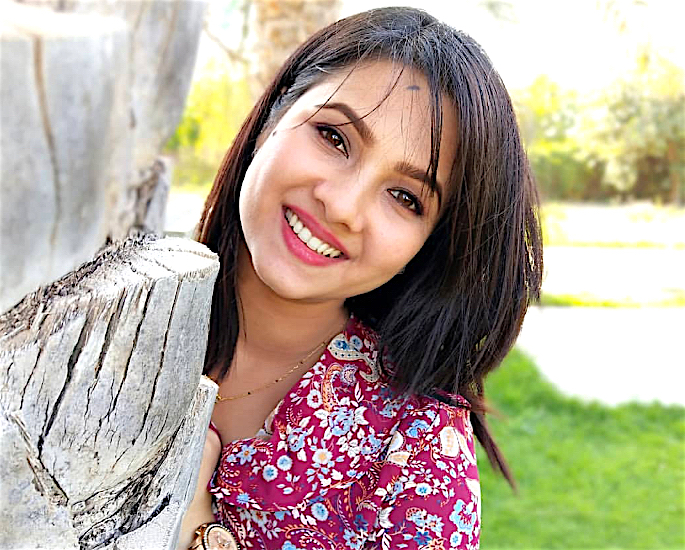 According to police officials, the case was registered under the following sections:

“The charge sheet against the three other accused was submitted in September 2019.

“Once she (Sara Shrawan) returned to India, and the session court rejected her anticipatory bail, she was arrested by unit-2 crime branch police based on the evidence collected against her.”

Sara Shrawan is being represented by advocate Anand Botre. He commented on the case saying:

“The case is completely false.”

“It was filed because one of the other actor, who is a co-accused in the case had filed a complaint of outraging modesty.”

The case is being investigated by assistant police inspector of the Pune police division, S Jadhav, who was not present during the hearing.

It has been confirmed that Sara Shrawan was released on bail on Sunday, December 1, 2019.

Police officials have stated the bail was granted on a personal bond of Rs 15,000 (£161) with full cooperation as and when is required from Sara.

Ayesha is an English graduate with an aesthetic eye. Her fascination lies in sports, fashion and beauty. Also, she does not shy away from controversial subjects. Her motto is: “no two days are the same, that is what makes life worth living.”
Comedian Nish Kumar gets Booed Off Stage at Charity Lunch
Nargis Fakhri reveals reaction to a Nude Playboy Shoot Offer