From journalist to screen actor Waseem Mirza gets a big break. He talks to us about ‘Pennyworth’ Season 3, journalism and television.

"I and fellow cast members were extremely well looked after"

Peterborough-born, Waseem Mirza who went from a career in journalism to acting will be featuring in an HBO MAX original season 3 in 2022.

Pennyworth 3 is a drama adaptation set in DC Universe. Seeking to reinvent the 70s era of Britain for 2022 is what makes the series very unique.

Season 3 will have a cultural inclusion focus to it. For example, one of the cast is portraying the role of D.I Aziz, a police detective inspector.

Waseem says this coincidentally is also the name of his late grandfather.

In an exclusive interview with DESIblitz, Waseem Mirza shares some details about Pennyworth season 3, and how his TV voyage all began as well as much more.

Tell us about your role in Pennyworth and what attracted you to it? 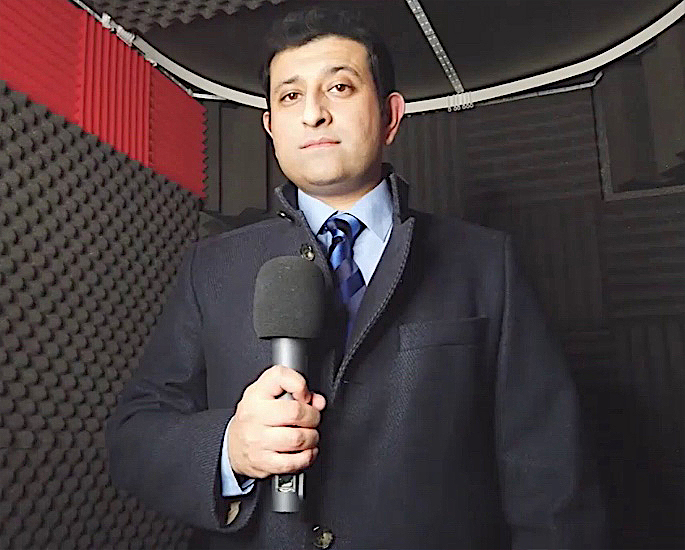 Well, my role in Pennyworth sees me reprising my former BBC News role of TV Reporter.  When my agent at Allied Artists Management got in touch about an audition request from Warner Bros. I was ecstatic.

I am a huge Batman fan – and a fan of Pennyworth (the backstory series about Batman’s butler, Alfred Pennyworth).

Hence, this was simply a dream, and I was determined to win the role.

Due to the pandemic and lockdown in England at the time, I remember donning a long coat. I also had a reporter style microphone as a prop.

And I went on to record the audition in a converted cupboard in the back of the house!

Can you shed light on the plot for Season 3 and what’s makes it special? 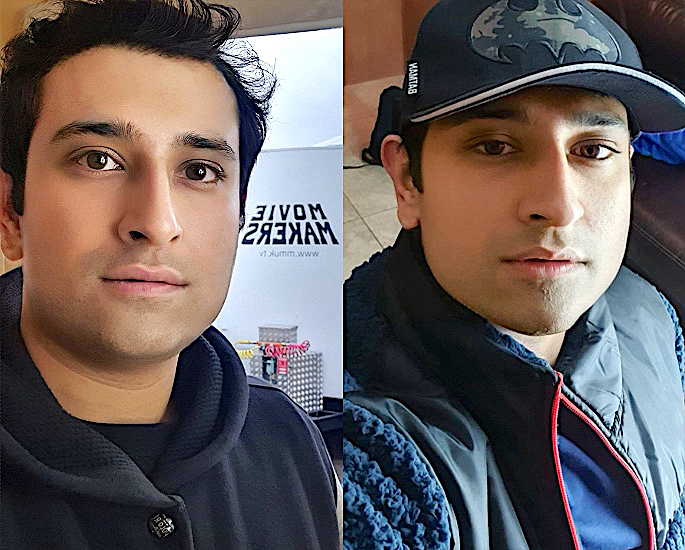 If you’re a fan of the DC Universe and looking forward to The Batman with Pattinson in the lead role, then you will not be disappointed!

In fact, I would suggest there is no better way to experience the dark themes in The Batman, than by bingeing on Pennyworth. The latter equally does not shy away from darker themes of the Batverse – right after the movie.

Season 1 and 2 tell the story of Alfred’s formative years. This includes how he left the army and set up his own security firm.

Crucially the first two seasons explore how he and Batman’s dad (Batdaddy) Thomas Wayne met and formed a friendship that would begin to draw close.

“These early seasons are set in an alternate universe London.”

There is amazing racial diversity depicted throughout. It is almost the polar opposite of what reality was like on our screens and in high society Britain, at the time.

How was it like working with the director and the other cast members? 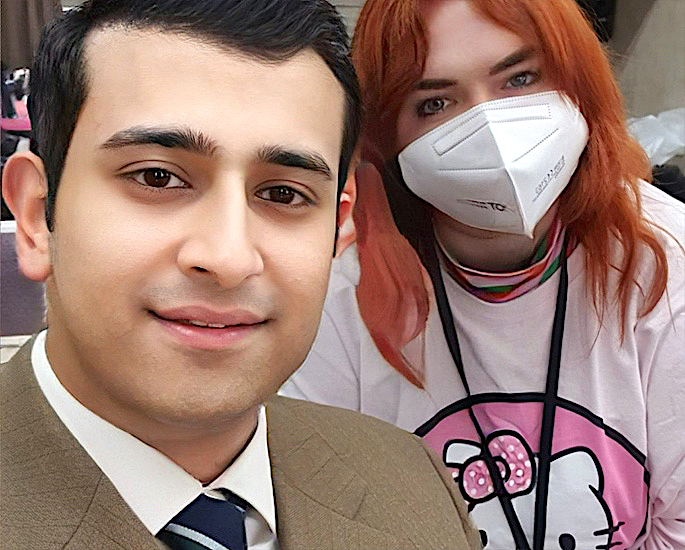 We had never worked before and I was new to the team. And of course, this was my biggest job so the pressure was real!

Fortunately, I had amazing direction and a great experience. This is despite the sub-zero temperatures whilst filming!

Knowing that the director had a background from the BBC, was also great to calm my nerves I think.  Above all, everyone was very hard working and still remained super friendly.

What can you tell us about the shooting location and on set? 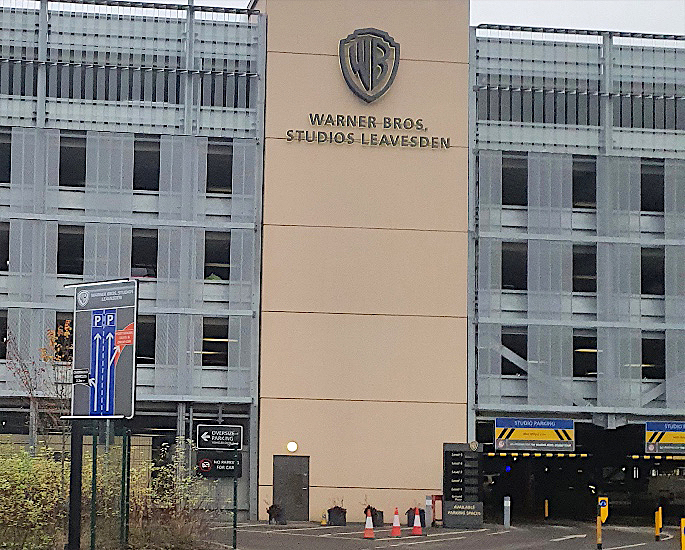 The shooting took place at a specially designed set at Warner Bros. Studios at Leavesden, Hertfordshire. This is famous for the Harry Potter movies among other iconic films. Did I mention it was cold?  very cold!

I and fellow cast members were extremely well looked after with hand and in-sole feet warmers and plenty of hot drinks to keep us warm!  The luxury trailer was also a lovely treat!

According to the Screenskills charity, High-End TV productions, such as Pennyworth, can cost over a million pounds per episode to make!

“Very humbling when you’re on such a set, but it’s all down to fantastic teamwork.”

You are but one individual working with the best in the business. This is to make something everyone can be proud of.

Obviously, this being a period role, which for season 3, is set in the 70s. This meant that I had to wear colours and styles, and a haircut, that is reminiscent of Peaky Blinders!

When and how did your TV journey start and the transition from journalism? 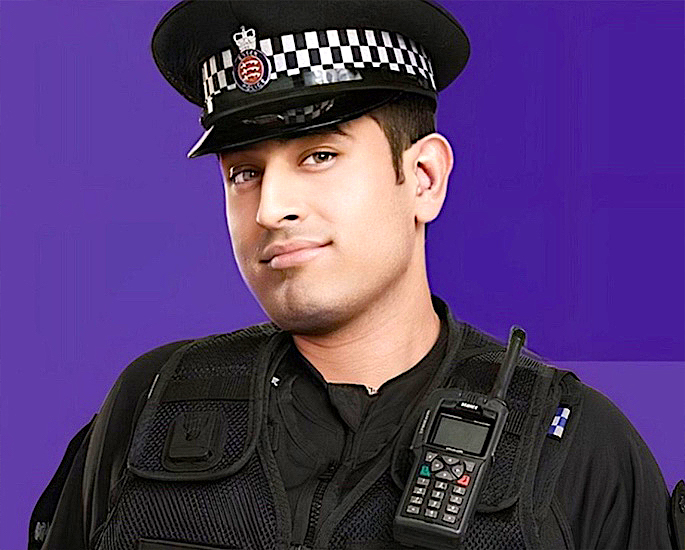 It all began whilst still at school in my city of birth, Peterborough in East Anglia. At the age of around 13 or 14, I entered as a contestant on the TV game show “Games World” on Sky One.

I successfully made it through to the finals called “The Eliminator” but I lost at the 11th hour!  The experience of being ejected in front of a booing audience only strengthened my resolve in doing better and never giving up.

It’s also when I decided I wanted to work in media and broadcasting when I grew up. I landed work experience on a local paper when I was 15. My first published article was about the-then cricketer, Imran Khan.

After school, I went to the University of Lincoln and graduated with a BA (Hons) Journalism with a specialism in Broadcasting. Before graduation, I was already working for the BBC Asian Network.

Following a short placement there and at BBC World’s “Click” programme, I had a stint reading the news on BBC 5Live (which I rekindled in February 2022 with Scott Mills and Chris Stark, jointly hosting a quiz segment on their show).

Suffice to say, I entered the world of TV and Radio journalism before graduation. And then in 2019 began my transition to screen actor by taking up a place at a part-time drama school.

Rob Ostlere (Game of Thrones, Holby City, I Hate Suzie) was an inspirational tutor. I still attend classes at the weekend to stay sharp!

I say it’s never too late to change careers or have more than a dream.  Keep dreaming, and keep evolving!

You’re close to Laila Rouass. Tell us how you met and your working link? 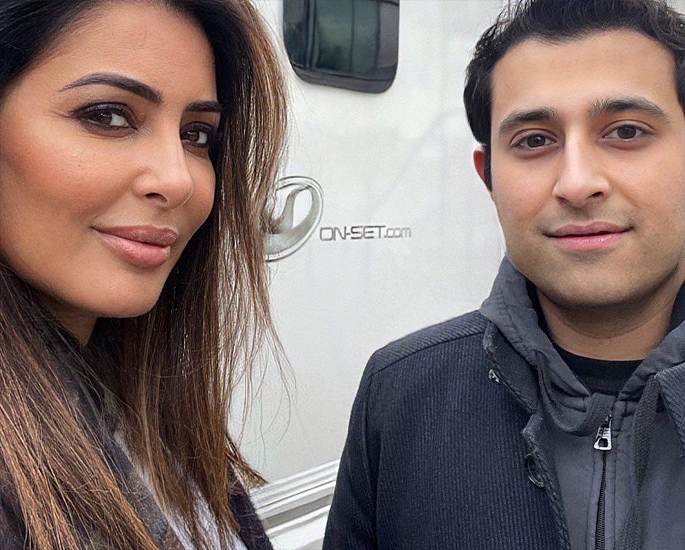 Well, we met on the set of a British police crime drama. I’m not allowed to tell you much except to say that it’s already proven a hit around the world.

And it’s just been officially renewed for another 2 seasons (even though they’ve already been filmed!).

I play a rookie Detective Constable under the expert guidance of a higher rank officer. I had great fun shooting that and a few outtakes too which I’m sure someone in production has kept for posterity!

“Laila has since helped me with manifestation and the importance of self-belief.”

She knew I was nervous on set and I appreciated her holding my hand throughout.

Having shot this just before Pennyworth, was a great experience in the run-up to my biggest job yet. I’m also indebted to my Director on the police drama, Sean Glynn,  for taking a chance on me.

How useful is it to know South Asian languages for TV? 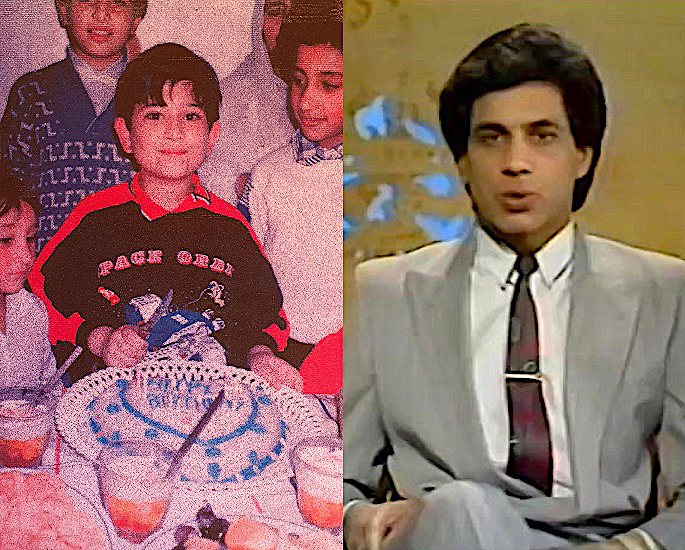 It is increasingly useful and something I need to improve on, because, given a phonetic script, I can fluently speak Hindi/Urdu, but ask me to read the native script, and I am completely lost.

Having been born and brought up in England, my own accent is more Southern/Midlands English. In any case, we are in an age where authenticity in accents and language are being scrutinised more than ever.

If a Casting Director wants to find a South Asian speaker, they are more than likely to want the real thing – not an “Englandy Desi” as for me and my generation are often called!

At home, we spoke mainly English and a bit of Urdu but overheard parents talking in Punjabi too.

But never say never! I could yet get some expert language coaching and make my debut in Bollywood?  Well, I can dream (again) can’t I?

Finally, what can we expect from Waseem Mirza in the future? 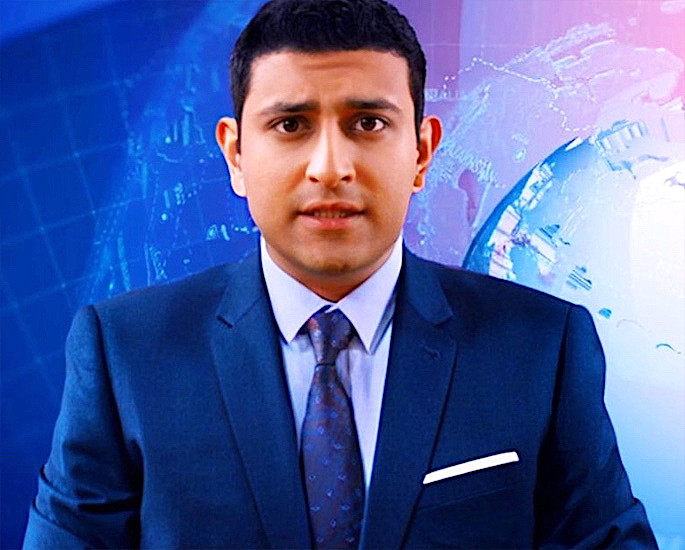 I’m busy in production, hosting “The FutureTECH Show” which is available everywhere you get your podcasts and now also as a video web series and Connected TV platforms as Video on Demand.

I’ve always been the computer guy among my family and a born nerd.  So, during the lockdown, a plan was hatched to take advantage of my inner-geek.

This is following a career as a BBC News reporter having covered everything from the world’s first 3D-printed edible raspberry to the Minecraft YouTuber making millions as a star vlogger.

“I hope my debut on DC’s Pennyworth is just the start of my screen acting journey.”

As a sci-fi fan, it would be amazing to get a role in a movie or series with science and technology as a key theme. Watch this space!

Waseem Mirza will be starring in episode 5 of season 3, alongside other wonderful stars. He has many other TV credits to his name, including Doctors (2000-2001). He will also be appearing in the TV mini-series, Witness Data (2022).

Hopefully, Pennyworth 3 season role will give the impetus to Waseem to march forward in his TV and film career.

Waseem Mirza is available on social media and can be followed on Twitter here.