Abhishek Bachchan admitted that he wanted to quit Bollywood after numerous film flops. He revealed the reason why he didn’t.

“To fail on a public platform is very difficult."

Abhishek Bachchan revealed that he wanted to quit Bollywood after a string of box office failures.

However, he did not leave the industry because of his father, Amitabh Bachchan. He explained that his father guided him during the tough period in his career.

Abhishek made his acting debut in the 2000 film Refugee and it was the fifth-highest grossing film of the year.

But he then suffered several film flops and it left him wanting to walk away from Bollywood.

Abhishek confided in his father and said that he was not made for the industry.

Amitabh then offered his son a piece of advice that encouraged him to stay.

He recalled: “To fail on a public platform is very difficult.

“There was no social media back then, but I read via media that some were abusing me while some said that I do not know acting.

“At one point in time, I felt it was my mistake that I came into the industry as whatsoever I was trying, it was not working.

“I went to my dad and said maybe I am not made for this industry.”

Amitabh then told him: “I never brought you up to be a quitter.

“Every morning you have to wake up and fight for your place under the sun. As an actor, you are improving with every film.”

Amitabh also advised him to take on every role and just concentrate on working.

He told Abhishek: “Just work and trust me you will be fine.”

Abhishek stated that the words game him courage and fortunately, things turned out for the better. 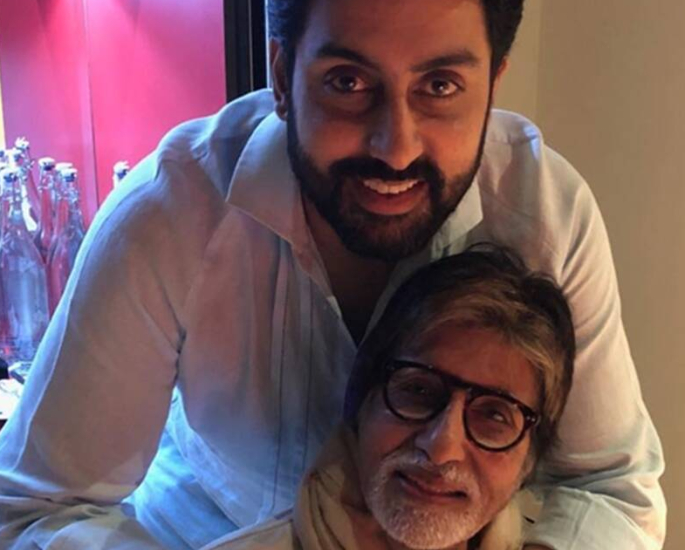 Abhishek Bachchan is coming off the release of The Big Bull, which was released on Disney+Hotstar.

He plays Hemant Shah, a character based on real-life stockbroker Harshad Mehta.

Amitabh openly praised his son’s performance, revealing that he has watched the film multiple times.

The iconic actor took to his blog and wrote a lengthy post. It read:

“For a Father, it is ever a moment of great pride to see their ‘progress report’ prosper and do well… I am no different from any other Father.

“The mention of such always brings emotion and tears… particularly when there is an exhibition of immense value.”

He went on to say “that The Big Bull had been seen privately within the confines of the home much earlier” but “the excitement of watching it when the entire world shall be seeing it at the same time, was different.”

On Twitter, Amitabh wrote: “The excitement is still there.

“We have watched the film three times. Tonight, we’ll watch it for the fourth time. Bhaiyu.”

The Big Bull was released on April 8, 2021. It was directed by Kookie Gulati and it also stars Ileana D’Cruz, Nikita Dutta and Ram Kapoor.

Dhiren is a journalism graduate with a passion for gaming, watching films and sports. He also enjoys cooking from time to time. His motto is to “Live life one day at a time.”
AR Rahman reveals why He Hates the term ‘Bollywood’
Riz Ahmed talks Diversity amid ‘Sound of Metal’ Oscar nomination