Aarakshan the Bollywood movie about the caste and education system in India has catapulted into the limelight featured in a banning row with politicians from three states in India, despite the movie being passed by the censors.

"Aarakshan is definitely not anti-reservation"

Prakash Jha’s Bollywood film ‘Aarakshan’ attracted bans from three key states in India, namely, Punjab, Uttar Pradesh (UP) and Andhra Pradesh (AP). The opening weekend of the film had a restricted release due to politicians in the banning states feeling the film was insensitive to low-caste Hindus by using objectionable terms.

Aarakshan (Reservation) starring Amitabh Bachchan, Saif Ali Khan, Manoj Bajpai and Deepika Padukone, is based on caste-orientated reservation in the Indian education system. Derogative references made to Dalits (formerly known as untouchables) in the film instigated protest and vandalism of posters. Some Dalit groups are not happy with the casting of actor Saif Ali Khan (a Muslim royal) as a low-caste Hindu in the film. 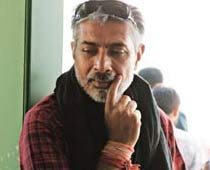 Prior to the release of the film it was reported that Prakash Jha’s residence and office were ransacked by activists of Republican Party of India (RPI). Reacting to the attack, Jha said: “The censor board (Central Board of Film Certification) has cleared the film without a single cut and with a U/A certificate. I am confident my film has examined the issue of reservation and caste divides with sensitivity. I don’t understand why is everybody up in arms against my film. However, it’s a democratic country, so everyone has a right to protest.”

Mr Bachchan reacted to the bans in the media with many appearances on new programmes and has been active on his blog and Twitter account. 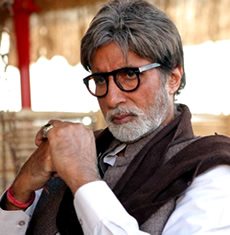 On his blog, Amitabh questions the ban imposed by the three states and says: “Without any knowledge of what the film contains, without any desire to determine the trust and the most basic principles of law of democracy, it has merely strengthened my and many others’ fear of the weakness it conveys of our belief in governance and its ethics.”

The story of the movie revolves around the relationship between a man of the Dalit caste and his academic mentor’s daughter, played by Deepika Padukone. Bachchan plays the college principal who is close to the young academic before the relationship causes him to doubt his own beliefs.

It was initially revealed that the banning states are imposing two month bans on the film, which passed India’s censorship board with no problem. Querying this period, Bachchan says on his blog: “After that period is over, the film can have exhibition and the producer is not obliged to carry out any changes that the administration in governance may have found, because the film technically and legally has found certification without a single cut.”

However, due to the media commotion surrounding the film and the move from Praksah Jha the director seeking the lifting of the bans at the Supreme Court, it’s emerged that authorities in Punjab reviewed the film and the government panel lifted the ban and similarity the same by Andhra Pradesh officials. Leaving the ban in UP outstanding.

Watch the official trailer to the controversial film Aarakshan: 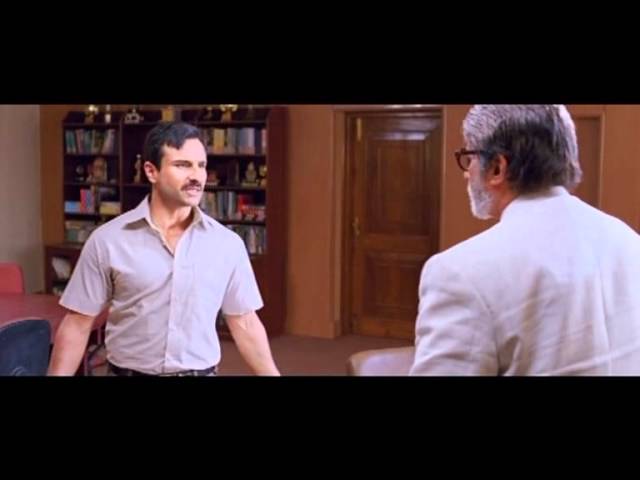 Mr Bachchan tweeted saying: “Just spoke to Prakash ji who returns after filing in the Supreme Court on the ban. Hearing on Tuesday, but Punjab, Andhra ban lifted” Prior to this he tweeted:

“And the argument for the ban to #aarakshan continues …Prakash Jha moves Supreme Court, hearing on Tuesday ..first weekend destroyed” 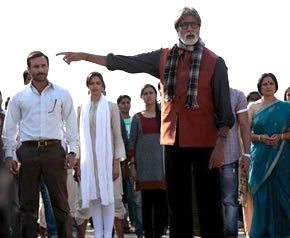 The whole affair has erupted the issue of freedom of speech via media or film in India with politicians given the so-called right to over-ride the censor board.

Jha’s filed petition confronts the band on two points. Firstly, how can states use their executive power under state laws to override the Central Board of Film Certification permission granted to exhibit a movie under the Cinematography Act. Secondly, can his right to freedom of expression be “obliterated or trampled” by a state by prohibiting exhibition of a film only to support a political view.

Pritish Nandy a well known Mumbai Journalist, poet, painter and film-maker reacted and tweeted: “After Aarakshan do we still need the Censor Board? Or has it rendered itself obsolete?”

Jitesh Pillaai who watched the film tweeted: “Aarakshan is definitely not anti-reservation. Obviously the people asking for a ban haven’t seen the film. Get a real life dudes!”

The bans have impacted the financial returns of the film. There is an estimated loss of Rs. 15 crores for the opening weekend but another major issue is piracy of the film over the weekend which will incur more losses. It’s reported that pirate versions of the film flooded the black market in Lucknow and other major districts of UP, shortly after its premier in the adjoining states, where it opened in the theatres on Friday.

The demand for the pirated DVD’s was initially so high on the Friday of release that the initial discs were sold for as high as Rs 500. By the evening, prices however came down to Rs 200 per disc, said a person involved business of CD and DVD piracy.

The saga of this Bollywood film definitely raises the question on how democracy works in India even in the 21st century, where politicians have the right to over-rule the decision of a formal film censorship board. Something that would not be seen in Hollywood for sure.

Prem has a rich interest in social sciences and culture. He enjoys reading and writing about issues affecting his and future generations. His motto is 'Television is chewing gum for the eyes' by Frank Lloyd Wright.
Kareena Kapoor the new ‘Heroine’?
A Tribute to Shammi Kapoor