A fresh and tasty fish dish with Portuguese influences, courtesy of India’s western shores. DESIblitz shows you how to make a Goan Fish Curry.

Do you like fish? Do you like spices? What about the two combined with coconut milk to make a fresh, tasty and aromatic Goan Fish Curry?

India’s west coast sports a distinctive flavour palate that is perfect for people who don’t like their food to be too spicy.

This Goan speciality boasts all the flavour of India’s spices with none of the heat.

DESIblitz shows you how to make this dish that will have you ‘Goan’ back for second helpings. 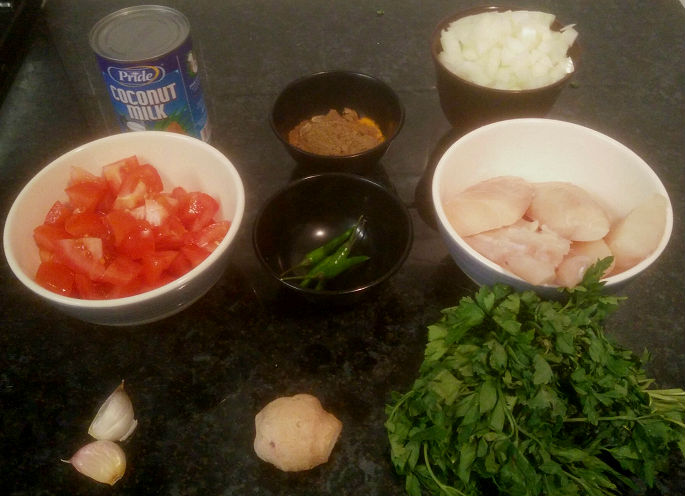 The Goan Fish Curry has a taste and scent that brings with it memories of the sea, and the coconut milk helps to keep it from feeling stodgy.

Goa is situated on India’s west coast, along the shore of the Arabian sea. Goan cuisine has familiar beats, most recipes involve coconut, rice and local spices.

Fish features largely in Goan cuisine, due to the state’s proximity to a source of fresh fish, but also because Goa’s largely Hindu population observes a strict pescetarian and lacto-vegetarian diet.

A number of the vegetables and fruits used in Goan cuisine were introduced by Portuguese settlers who first invaded in 1510.

Tomatoes, pineapple and potatoes were all introduced by the Portuguese but not fully accepted into traditional cuisine until the late 20th century.

This Goan Fish Curry is healthy, apart from the coconut milk, which you can substitute with low fat yoghurt or reduced fat coconut milk. If you aren’t health conscious, you can double down on all the gastronomic accoutrements that are so bad but so good.

A fat garlic and coriander naan, some chutney, raita and poppadoms will work well with this dish.