In a unique marriage case, a 70-year-old Pakistani man tied the knot with a 19-year-old woman. Both are from Lahore.

"One doesn’t see age in love. It just happens."

A 70-year-old Pakistani man married a 19-year-old woman, overlooking the backlash surrounding their age gap to do so.

The couple are from Lahore and are named Liaquat and Shumaila Ali.

Both typically went out for morning exercise and that is how they met. Shumaila usually went for a jog while Liaquat enjoyed early walks.

One day, Liaquat saw Shumaila jogging towards him and took a liking to her.

In a bid to impress the young woman, Liaquat sang a song as she jogged behind him.

His singing ended up sparking a relationship, despite their 51-year age gap.

Their relationship continued but when the prospect of marriage was brought up, it led to challenges.

Shumaila revealed she found it difficult to convince her parents.

She admitted that they initially objected to her relationship with the elderly man but they eventually gave their blessing.

Shumaila said: “My parents objected for a while but we were able to convince them.

“People shouldn’t comment on people who marry with vast age differences. They should be respected for their decision.

“It’s their life, they can live it the way they want.”

Liaquat stated that he is “young at heart”, despite being 70 years old.

He added: “Age is not a factor when it comes to romance.”

According to the Pakistani man, what matters is that individuals who are legally allowed to marry should be able to do so if they love each other.

Liaquat said: “There is no question about someone being old or young. Anyone who is legally allowed to marry can marry.” 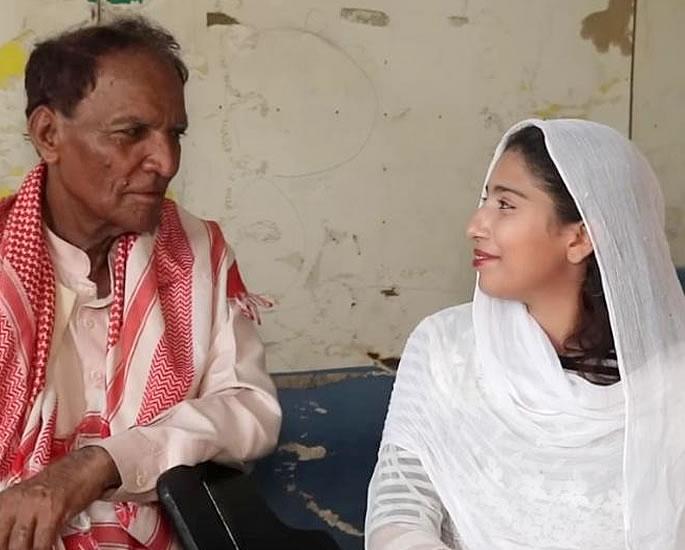 Meanwhile, Shumaila said that personal dignity and honour should be considered before anything else in a marriage.

She explained: “Instead of getting into a bad relationship, one should get married to a good person instead.

“One shouldn’t see the age difference and consider personal dignity or honour above everything else.”

After getting married, Liaquat revealed that he loves his wife’s cooking so much that he has stopped dining at restaurants.

In Pakistan, there have been a number of marriages that have gone viral.

Zoya Noor said that her relationship with her teacher was entirely professional but when she proposed to him at the college, he considered it.

Sajid initially rejected her due to their 32-year age gap.

But Sajid revealed that he had no reservations about marrying his student and asked her for a week’s time. They eventually married.

Dhiren is a journalism graduate with a passion for gaming, watching films and sports. He also enjoys cooking from time to time. His motto is to “Live life one day at a time.”
Aftab Poonawala Dated Again after Murdering Girlfriend
Visa Deal to Let Indian Graduates work in UK