Want to see the culinary delights the streets of India have to offer? Join DESIblitz as we guide you through 6 mouth-watering Indian street food dishes.

Street food has recently taken centre stage in the culinary world. From America to Japan to Europe, vendors have become a phenomenon for quick but tasty street food dishes.

Some of the pulling factors behind this delicacy involves customers watching their food being made in front of them by the vendor’s staff.

The dishes are also priced fairly cheap and provide a great pit stop for ‘on the go food’.

However, Indian street food hails as one of the best ways to experience authentic Indian cuisine. They also serve as a tasty way to get in touch with the culture of a community.

Most Indian street food dishes comes from makeshift stalls and small carts. Not only do they represent diversity but they also reflect the locality as many ingredients include regional herbs and spices.

But what are some of the most popular Indian street food dishes? Let’s find out … 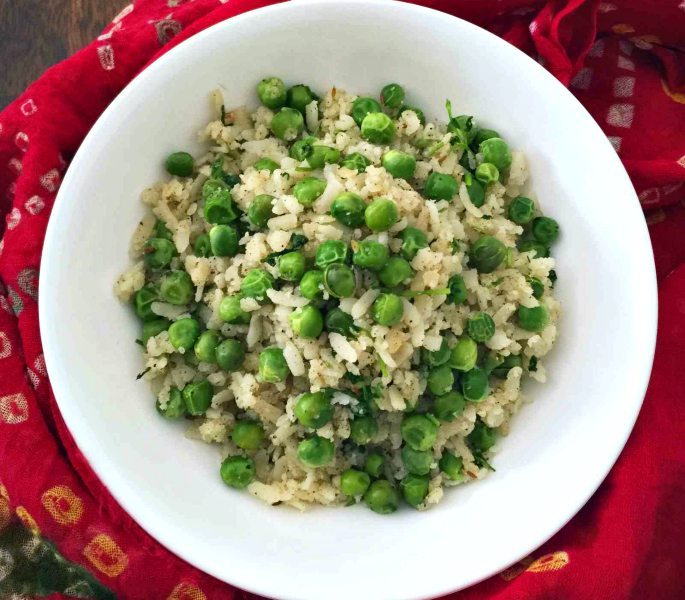 Hailing from Varanasi, a city in India, this dish contains a scrumptious combination of rice flakes, green peas and spices.

Traditionally a winter breakfast dish, it’s only available from street vendors during the colder months. The reason largely lies in that peas are more abundant in the season.

Chura Matar also contains extremely aromatic flavours due to the use of garam masala, ginger, and cumin. 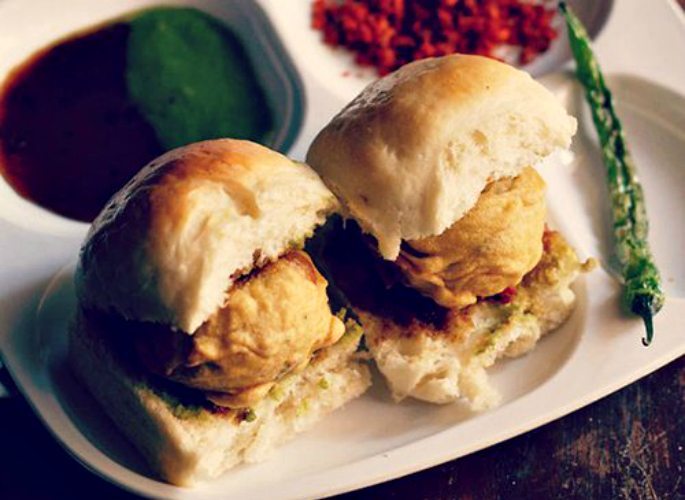 Looking for something filling but also vegetarian? Then, Vada Pav is one of the best street food dishes for you!

Native to Maharashtra, this dish has become traditionally sold in Mumbai, outside of train stations. This snack consists of spicy potato fritters, served in between a thick bun. 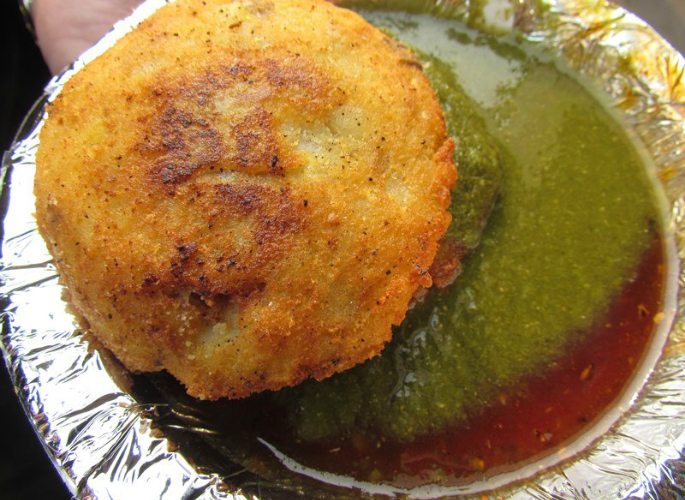 Lakhanpur serves as the entry point to the state of Jammu and Kashmir. Surrounded by dusty roads, Lakhanpur de Bhalle hails as one of the most popular dishes brought from street vendors in this area.

The recipe consists of pulses which are deep fried. They are best served with chutney and/or shredded radish for a tangy, spicy kick.

With an array of fantastic flavours, Lakhanpur de Bhalle has become regarded as one of the more delicacy-type street food dishes. It has grown extremely popular amongst locals and tourists alike. 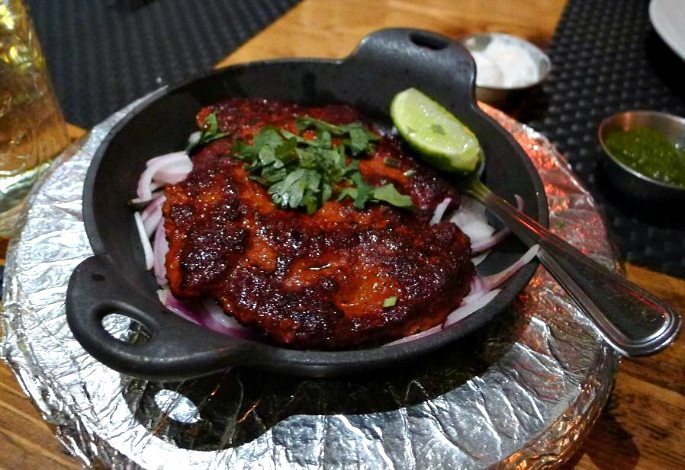 Popular in Lucknow, this is one for the meat lovers.

Consisting of mincemeat and the apparent incorporation of 160 spices, Tunday Kabab has become one of the most celebrated non-vegetarian street food dishes of Lucknow.

Sources claim that the creator of this cuisine, Haji Murad Ali, had only one hand. Hence the name ‘tunde’ kabab because in Hindi, Tunday refers to a one-handed person.

The flavoursome combination of spices makes the Tunday Kabab soft and succulent right through to the middle. This meaty dish is certainly one worth paying for. 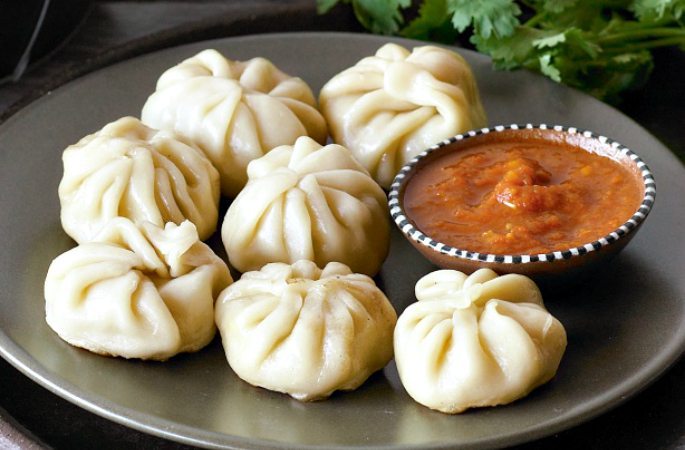 Momos are native to Tibet and Nepal. They can be made as vegetarian or non-vegetarian dishes.

They’re spicy, roadside cuisines which are handmade and cooked in front of you. However, these are no longer exclusive to street vendors. Places such as bigger shopping malls now tend to sell them too.

Momos consist of dumplings filled with as many vegetables and meat as you like. Served as steaming hot, they traditionally come with a small salad and a tangy, spicy red sauce. 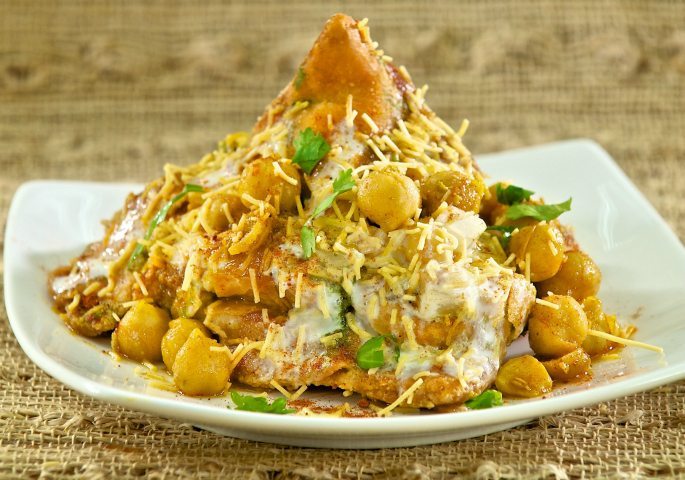 Many may think Chaat is exclusive to Indian takeout restaurants.

But did you know this colourful fusion of taste originated from Utter Pradesh? However, many versions of this dish hail from various states of the country.

Over the years Chaat has evolved into various new forms. But the original dish is served as an extremely common street food throughout India. Its popularity has even recently grown in South Asia!

A crispy combo of sweet and sour, consisting of coriander and chilli. It’s too delicious to pass up!

With all these creative, aromatic street food dishes, it remains clear that India offers the very best. Using local ingredients and flavoursome spices, no wonder they have grown in popularity and even appeared on restaurant menus.

This only proves that even on the streets of India, you can find outstanding, delicious delicacies.