The 2015 General Election was held on Thursday 7th May 2015. DESIblitz brings you a list of all of the British Asian winning parliamentary candidates.

"Seven of Labour’s 13 British Asian MPs, over half, are women."

In the 2015 General Election held on Thursday 7th May 2015, 22 British Asian candidates were elected as Members of Parliament (MPs) to the House of Commons.

Of the 22 British Asian MPs in the next parliament, the Labour Party will have 13 MPs, the Conservatives will have eight, and the Scottish National Party (SNP) have one.

DESIblitz previously reported that the Conservatives had the most Asian candidates (you can read about this here). 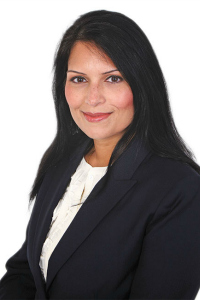 However, it seems that Labour placed a higher number of Asian candidates in winnable seats. This is why Labour will have the largest Asian representation in parliament.

We have charted the rise of Asian women in British politics (which you can read about here), and the 2015 General Election witnessed a breakthrough of British Asian women.

There will be ten British Asian women in the next parliament. In fact, seven of Labour’s 13 British Asian MPs, over half, are women.

Furthermore, the British Asian parliamentary contingent is a young and dynamic group. Out of the 22 British Asian MPs, seven will be taking office for the first time.

Ten of the MPs are of Pakistani origin, eight have heritage in India, two hail from Bangladesh, and one is of mixed-heritage. The British electorate voted in the first MP of Sri Lankan origin.

Here is a list of the 22 British Asian MPs in the next parliament:

The greater participation and representation of British Asians in the political process and institutions is definitely something to be promoted and celebrated.

However, some may argue that British Asians are still under-represented. Assuming that there are roughly 3.5 million Asians out of a population of 65 million, that would put the Asian population at roughly 5 per cent. But currently, only 3 per cent of the 650 MPs are Asian.

Nevertheless, it is definitely a step in the right direction. It is also very refreshing to see a far more youthful contingent of British Asian politicians taking up office in parliament.

The hope is that they will be able to use their power responsibly to make an impact in our communities around the country.

Harvey is a Rock ‘N’ Roll Singh and sports geek who enjoys cooking and travelling. This crazy guy loves to do impressions of different accents. His motto is: “Life is precious, so embrace every moment!”
UKIP Candidate threatens to ‘kill’ Asian rival
Asians take Top Jobs in Cameron’s New Cabinet