"Thanks to all the fans who came and supported me this week."

The 2016 Aegon Classic Tennis competition took place at the Edgbaston Priory Club in Birmingham from 11 to 19 June 2016.

The WTA premier event saw 13 of the top 30 female tennis stars from around the world hit the courts.

Despite heavy downpours of rain, the nine-day tournament came to a successful conclusion.

Players were competing not only to win titles in both the singles and doubles, but to earn extremely valuable ranking points. 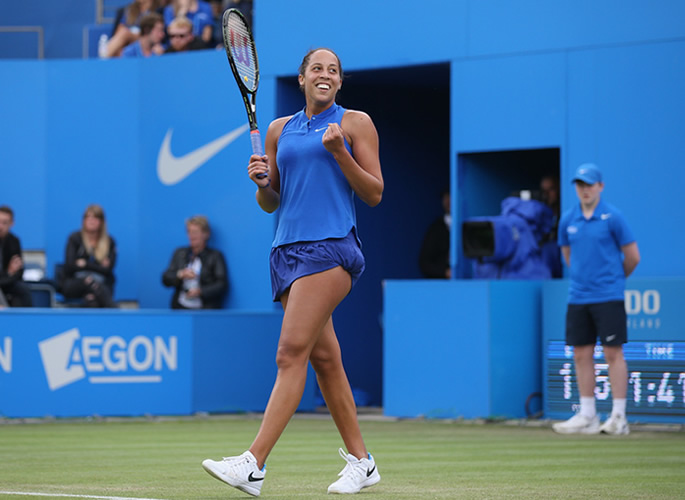 Fifth seed and twice Wimbledon champion Petra Kvitova (CZE) was knocked out of the tournament after losing 6-4, 4-6, 6-3 to Jelena Ostapenk of Latvia.

Against the odds, Coco Vandeweghe from the USA defeated her Polish opponent in three sets 7-5, 4-6, 6-3.

After the match, speaking to the media a disappointed Radwanska said: “For me, was tough. First match is always tricky pretty much without the practice on the grass.”

Broady and Watson had a good run in the doubles reaching the semi-finals. They were ousted by eventual champions Karolina Pliskova and Barbora Strýcová from the Czech Republic.

Let’s take a closer at how Sania Mirza performed, including a full round up of the winners in the ladies’ singles and doubles competition.

In a seriously high quality doubles match, Sania Mirza (IND) and her American partner Coco Vandeweghe suffered a first round defeat on 16 June 2016.

Constant rain on day four forced this match to be played on one of the indoor courts.

Broady and Watson converted one break point each in both sets to wrap up a good win in 1 hour and 6 minutes.

The British duo put on a dominant display and served well throughout the match. Watson and Broady did not drop a single game on their serve.

Sania and Coco only managed to win 66 per cent of points on their first serve in comparison to 88 per cent won by their opponents. This was the key difference in what was a highly entertaining match.

Mirza in particular will be frustrated with the performance. Previously, Sania has never gone beyond the semi-finals of this tournament.

Following this loss, Mirza will hope to bounce back quickly.

Sania will turn her attention to the rest of the grass court season and Wimbledon where she will play alongside regular partner Martina Hingis from Switzerland. 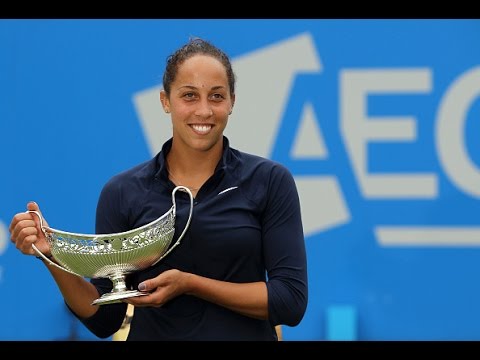 Seventh seed Madison Keys (USA) was crowned champion in the ladies’ singles with a straight sets victory over Barbora Strýcová (CZE). The American won the match 6-3, 6-4 in 1 hour and 20 minutes.

Going into the match world number ten Keys had a slight edge over her opponent. She had  beaten her three times in four previous matches.

On the spin of the coin Strýcová  chose to receive, possibly to settle in the nerves.

With one break point early on, Madison took the opening set in just under half an hour. In the second set, different questions were being asked of Keys as each game went on serve.

However, Madison eventually broke Barbora’s serve in the ninth game before clinching the match following a six shot rally between the two.

Madison played really well in the final, winning the last ten points on a row. She was awarded the Maud Watson trophy. 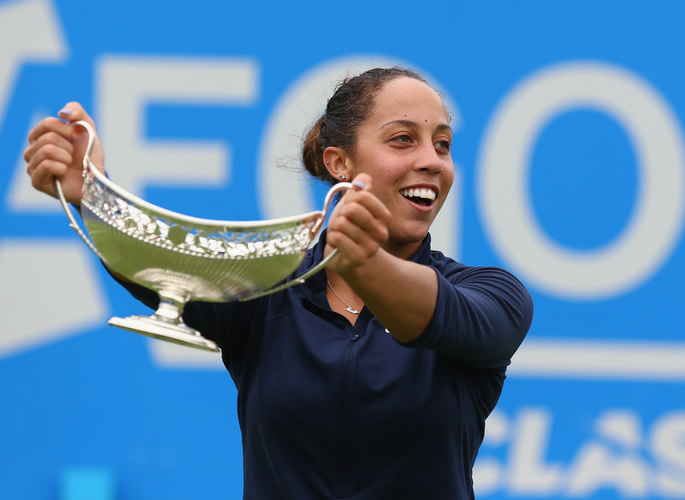 Maud Watson was the first ever ladies champion at Wimbledon. Are we looking at another SW19 champion of the future? Madison is definitely one to look out for.

In a special message to her fans, the 21-year-old champion who claimed her second career title tweeted saying:

Overall the 2016 Aegon Classic was a wonderful tournament. Spectators and fans got to witness some fantastic tennis, great atmosphere and world-class talent on show.

DESIblitz looks forward to next year’s tournament, which takes place from 17-25 June 2017.