There are multiple known aphrodisiacs. We discuss some ancient Indian aphrodisiac’s mentioned in the Kama Sutra.

"You can also take its help in case of erectile dysfunction.”

Ancient cultures, like Indian, Chinese, Egyptian and Roman, have had a reputation for using different methods to increase sexual pleasure. Especially with aphrodisiacs.

There are multiple proven ways one could boost their libido and subsequently improve their sex life.

However, food, in particular, can have many sexual connotations. Within these ancient cultures, certain foods have always played a major role in increasing sexual desires.

Speaking to the Times of India, Prabeen Singh, an aphrodisiac food and arts activist, reiterates this:

“In the age of changing urban lifestyles, food is a great and easy way to de-stress and work up a libido.”

Some of the aphrodisiacs from ancient cultures may not seem like your typical aphrodisiacs.

As in Western societies aphrodisiacs are commonly associated with foods and drinks such as strawberries, champagne and chocolate. All of which are known for their sensual qualities.

However, in ancient cultures, in particular ancient India, there is a long list of aphrodisiacs that can be found in your cupboard.

India has a long history in regards to sensualism, sexuality and eroticism. Ancient India played a major role in shaping understandings around sexuality, which are still used in modern India.

Ancient India did not just place focus on physical sexual gratification. But also, the ways one could heighten their sexual pleasure through different sensations.

The Kama Sutra is often thought to be a manual on sex positions. However, in reality, it is much more than this.

The ancient Sanskrit text is about the art of living a pleasurable life. The last chapter, known as, Aupamishaadika, or art of medicine, is devoted to various potions, recipes and concoctions.

It includes recipes and ingredients that enhance your sex life, the intensity of sexual pleasure and fertility.

The ancient text mentioned many different sensual foods that are praised for their aphrodisiac purpose.

Specific ayurvedic herbs and tonics provide a tremendous lift in libido and enhance your sexual desire. These have been used from ancient times right to today.

“Some of the Indian [aphrodisiacs] ones prove to be very effective and have been used over centuries.”

DESIblitz brings you ten of these traditional ancient Indian aphrodisiacs that can help to boost your libido. 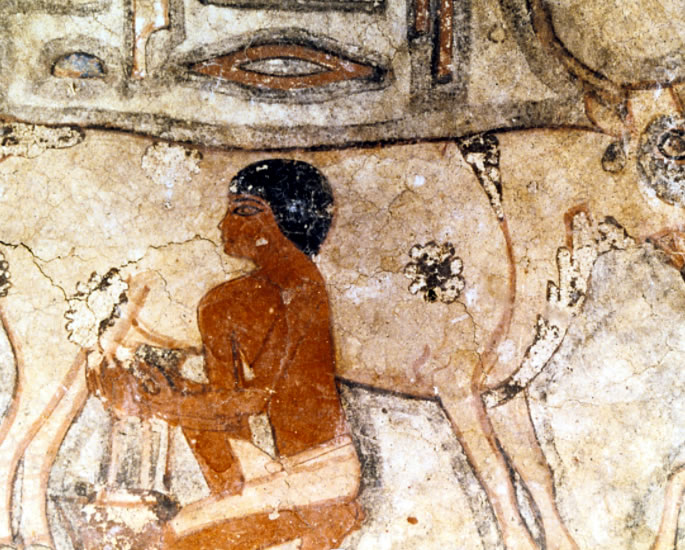 Within the Kama Sutra, milk is considered to be the champion of aphrodisiacs. Milk is used in various different recipes within the ancient text.

Milk was thought to dramatically increase ones sexual vigour and strength. According to the text, milk, sugar and honey are a great mixture to have ahead of a big night, as it acts as a libido booster.

Ancient Indians also used to have Panchamritam, a combination of milk, yoghurt, sugar, honey and butter.

This was believed to improve stamina and increase fertility.

The majority of the mixtures are simple to make and easy to have. However, the Karma Sutra also mentions one interesting milk drink….

“Drink milk with sugar or better still testicles of a goat or ram boiled in it.”

These concoctions were used regularly by Indian kings and nobility in a bid to increase their sexual performance.

Even today, in some parts of Nepal and India, grooms are given mixture of milk and almonds. This is thought to aid their sexual performance on the wedding night. 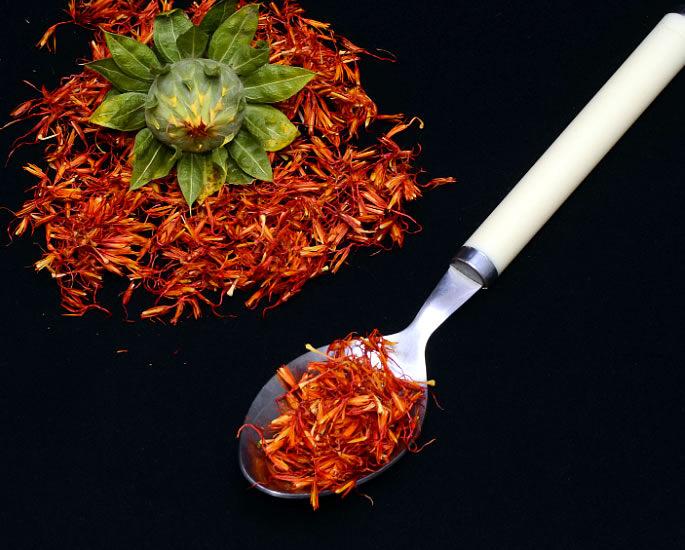 Saffron was a favourite amongst the ancient Egyptians.

In particular, ruler Cleopatra used to believe saffron had aphrodisiac properties. She in fact is famous for bathing in milk with saffron.

Research shows that saffron is an effective aphrodisiac even in the modern day. A May 2012 study by Modabbernia et al observed a group of men who were given 30mg of saffron daily.

The study found greater improvements in erectile function in the men who had the saffron, in comparison to the men given a placebo.

Similarly, a December 2012 study observed a group of women who were given saffron and given a placebo.

The study found that women who had the saffron experienced less pain during sex and a higher level of arousal. 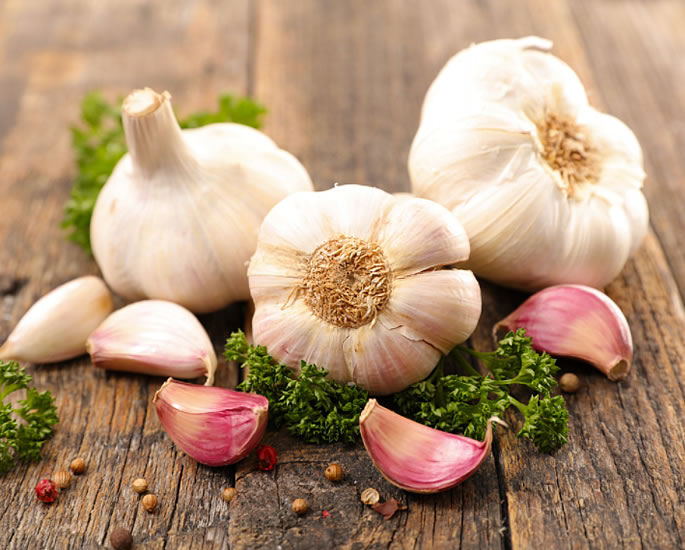 Garlic, with its strong smell, may not be the first thing that comes to mind when you think of foods that can improve your sex life.

However, for ancient Indians, it had been considered a loaded aphrodisiac.

Garlic can in fact help to enhance your sexual performance and can be particularly beneficial for men.

The diallyl disulfide within the garlic in fact increases one’s testosterone levels. 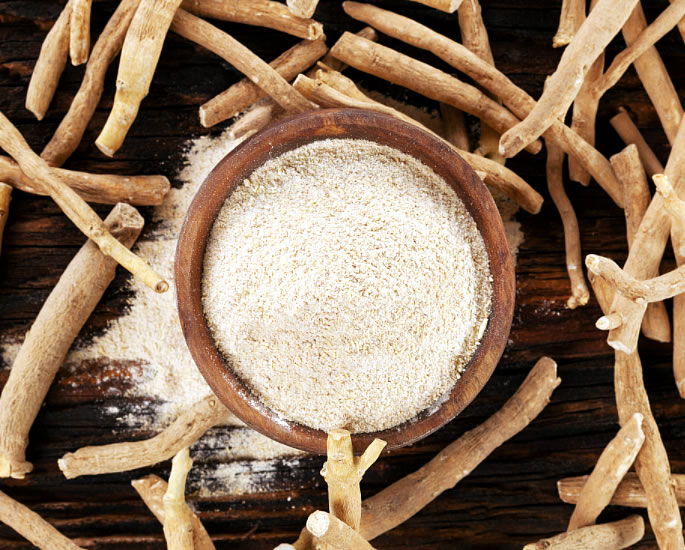 It is a Sanskrit word that translates to “the smell of a horse”. Due to this translation, many believed that by consuming it the user will have the strength and stamina of a horse.

It was also believed that it helped improve male fertility.

A 2020 article reiterates this of ashwagandha by stating:

“Ashwagandha can increase your sexual drive.

“It works by stimulating the production of nitric oxide and increasing the blood flow to the genitals.”

“You can also take its help in case of erectile dysfunction.”

It has an extremely bitter taste, therefore needs to be consumed with other foods and drinks.

Kama Sutra recommends mixing it with milk and a pinch of nutmeg.

This drink is also beneficial in providing the user with a good night’s sleep, alongside its aphrodisiac purposes. 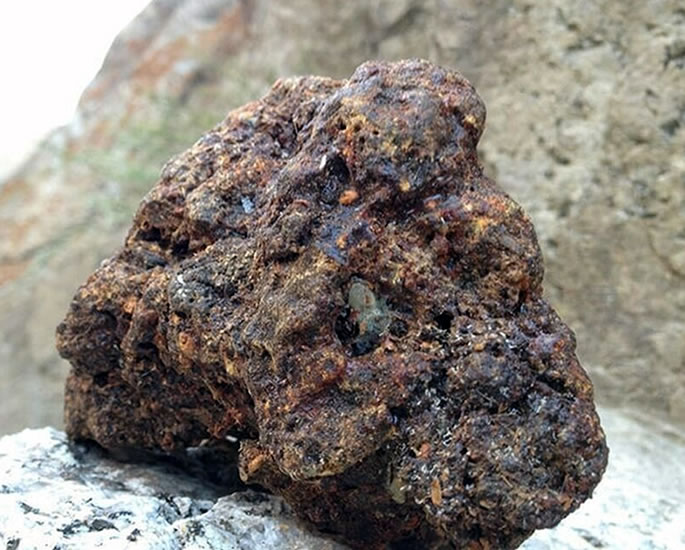 Shilajit, also known as mumie, moomiyo or mineral pitch. It is an ayurvedic aphrodisiac that possesses properties to enable long sexual sessions.

The shilajit resin is extracted and derived from rocks that contain it.

It enhances testosterone in men. So, it is not meant to be taken by women.

The testosterone hormone plays an important part to enable men to have strong erections and longevity during sex. Many men do not even realise they are low in testosterone.

A clinical study was conducted with healthy men who were aged between 45 and 55 years for its effect on male androgenic hormone (testosterone).

The evaluation study took place in a double-blind, randomised and placebo-controlled manner where a dose of 250 mg of Shilajit was given twice a day to the men.

90 days later, after consecutive administration of the ancient herb, it significantly increased the total testosterone in the men.

Another study of 60 infertile men showed an increase in total sperm count and sperm motility after being given a dose of shilajit twice a day for 90 days.

The herb can be purchased in powder form or as a supplement. It can be taken by dissolving it in milk or water.

Therefore, taking shilajit daily can help men boost their sex drive like it has done for centuries before. 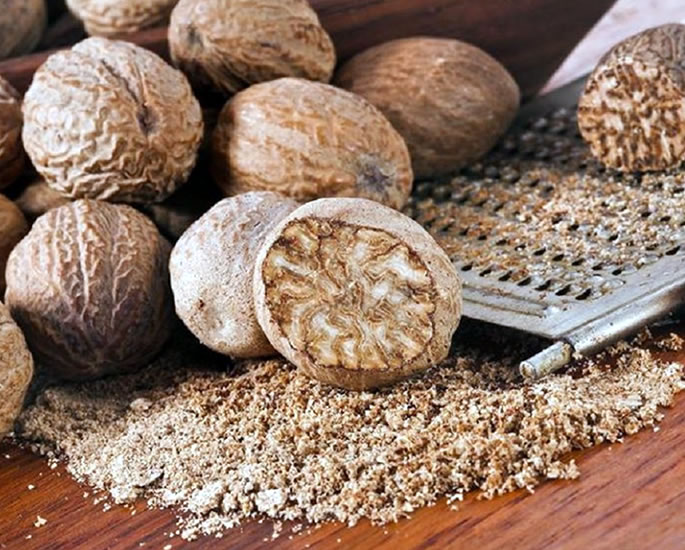 Nutmeg is also known as jaiphal. It is a well-known ancient aphrodisiac in India to the Middle East and Indonesia.

The ground powder form is derived from the fruit of Jatiphala which is very is well known for its fragrance and aroma.

Commonly consumed in dry powder or dried pod form and it is often added to many types of dishes when cooking. But you can get it in fruit, oil and seed form.

In India, it is in Kerala commonly, most likely because it was transported to India during the ancient spice trade. Like so many spices in India.

It is known to help with low sperm count, premature ejaculation and acts as a sex stimulant.

You can consume it by add 1/4 teaspoon of nutmeg powder to milk or tea to help your sexual well-being.

Nutmeg oil acts as a stimulant. Therefore, to help men, it can be is applied externally on the male genitals to treat erectile dysfunction. 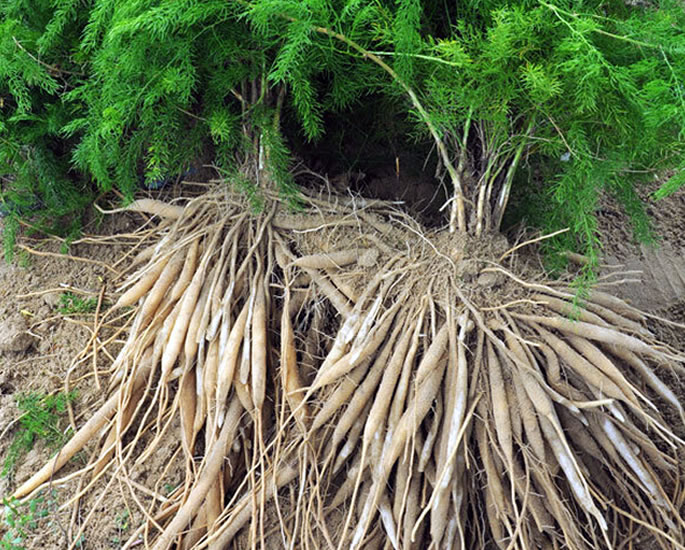 Shatavari is sourced from the roots of the Asparagus racemosus plant. It has been used for centuries in Indian ayurvedic medicine.

It is also known as sayavari or satavar and is especially good for women. This herb promotes fertility and can enhance sexual desire in women.

Shatavari has the ability to awaken the libido in women.

It can also enhance your energy, help with fatigue and mood swings.

The herb can be bought in supplement form, a pill or powder.

One way for women to consume it is to add it to milk. Add two tablespoons to one cup of milk (grass-fed cows or plant milk).

Boil the milk with the Shatavari in it and after it cools down have it for breakfast or before bedtime (three hours after your last meal). 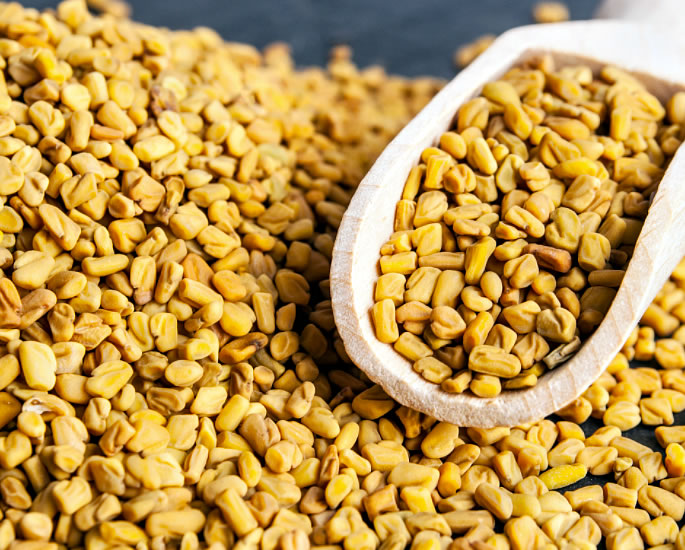 Ashwagandha is targeted more at men, whereas fenugreek is a great ancient Indian aphrodisiac for women.

A 2012 study studied 80 women with a low sex drive who were given a fenugreek supplement daily.

The study found a significant increase in sexual arousal of those women. It stated:

“Doctors said estradiol stimulates vaginal lubrication and blood flow, positively affecting a woman’s capacity for sexual arousal and orgasm, and that the study results appear to support this beneficial effect in women.” 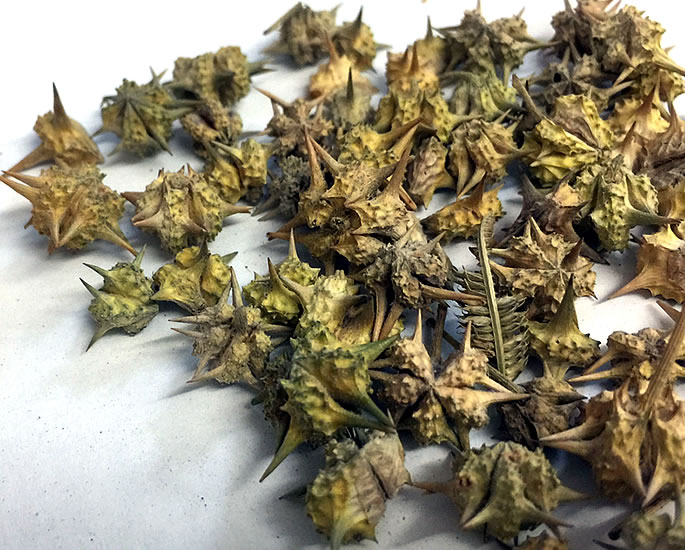 Gokshura, also known as gokhru, is found in the sub-Himalayan forests of India.

It is known as an effective rejuvenating rasayana in ayurvedic medicine and is well known as an ancient aphrodisiac.

Being great for the reproductive system it is particularly good for men as it can help with erectile dysfunction (ED) and low sperm count.

It has been labelled as nature’s viagra. It is derived from the dried fruits of the Gokshura plant (Tribulus). It can also help with building muscle.

An evaluation study showed that Gokshuru taken by a group of 180 men aged 18-65 with moderate erectile dysfunction showed an increase in sexual pleasure and function.

Gokshura is available in tablet supplement and powder form.

Taking this herb can boost your sex drive and testosterone. 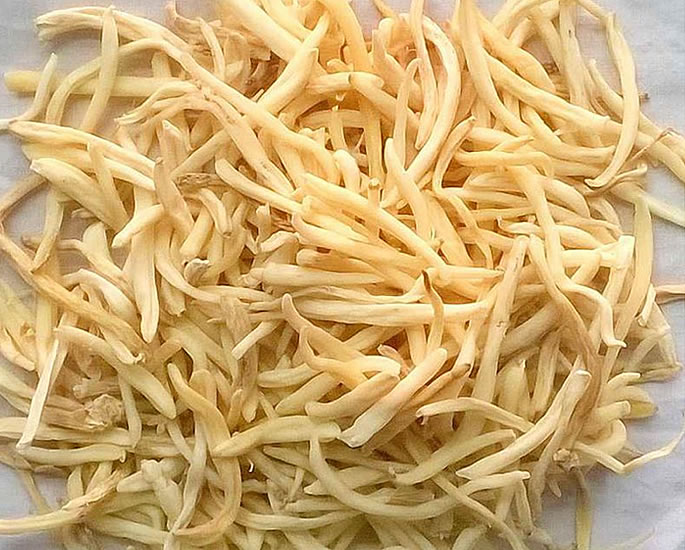 It can help with erectile dysfunction and premature ejaculation. It is highly promoted as a sexual enhancement herb and has been used in ancient times as an aphrodisiac

It is seen as one of the best natural testosterone boosters and helps increase semen volume.

It is available in supplement, powder and oil form. To consume it, mix the 15 grams of Safed Musli powder with one cup of milk, and drink it after boiling the mixture, twice a day.

The oil version, such as Hypower Musli Oil, can be massaged into the male sexual genital area. Regular use can help with erectile dysfunction and sperm production.

Each of these aphrodisiacs has its own way of increasing sexual desire and curing impotency. They can also be used together since they are all of a natural form.

Remember natural Indian aphrodisiacs are not a wonder cure or fix for all sexual issues. Sexual wellness is the aim of these aphrodisiacs.

These were used centuries ago before prescription pills like viagra, spedra or cialis were invented.

To take effect, depending on your individual body type, condition and composition it can take between 2-3 months before you start seeing the results you desire.

Taking them on on a regular basis is important

These key ancient Indian aphrodisiac ingredients can be found in your cupboards or can be purchased easily from good health stores, so why not try them and see if they help in the bedroom and beyond.

Nishah is a History graduate with a keen interest in History and culture. She enjoys music, traveling and all things Bollywood. Her motto is: “When you feel like giving up remember why you started”.
Period charity Binti International banned by Twitter
Milind Soman does ‘Light Exercises’ with Mudgar