Why Dark Chocolate is Healthy for You

Dark chocolate has become the go-to health food of the modern age, with dieters swapping their carrot sticks and rice cakes for a couple of squares of pure indulgence. DESIblitz explores why dark chocolate is healthy and makes us feel so good.

"The cocoa bean is rich in plant nutrients called flavanols."

Dark chocolate has been steadily gaining popularity for years, with more and more shoppers ditching it’s sweeter cousin and opting for something darker.

It has been scientifically proven to be healthy and make you feel good. But is all dark chocolate healthy for you?

DESIblitz explores chocolate, its varieties and its health benefits to distinguish which is actually good for you and which is, sadly, just wishful thinking.

So, what’s the secret behind good chocolate? It’s all about the cocoa content. Cocoa is the healthy ingredient in chocolate meaning the more that is present, the better the chocolate is for you. 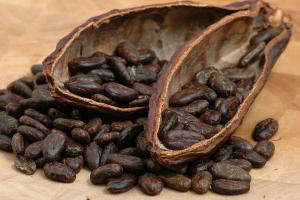 Milk chocolate usually contains around 26 per cent cocoa and is heavily processed with sugars and fats added making it a less than healthy choice.

Ideally, the cocoa content in chocolate should be 70 per cent or more to reap the full health benefits. Some chocolate makers have gone way beyond this, with a cocoa content of up to 100 per cent in their bars, aimed at the hardened cocoa consumers.

Earlier in 2014, researchers conducting a study from Louisiana State University, USA, discovered the process which make cocoa beneficial to the body.

Researcher Maria Moore states: “We found that there are two kinds of microbes in the gut: the ‘good’ ones and the ‘bad’ ones.

“The good microbes, such as Bifidobacterium and lactic acid bacteria, feast on chocolate. When you eat dark chocolate, they grow and ferment it, producing compounds [flavanols] that are anti-inflammatory.”

These anti-inflammatory molecules are then released back into the bloodstream and reduce inflammation of cardiovascular tissue, helping to prevent heart disease and strokes.

In addition, these molecules also counteract inflammation caused by the bad bacteria in the gut, which commonly cause bloating and diarrhoea. 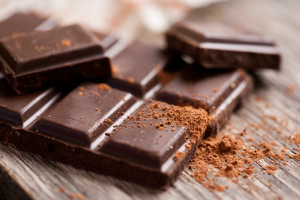 Dark chocolate has also been found to be good for the brain. The chemical compound phenylethylamine found in cocoa promotes the release of dopamine and norepinephrine.

These feel-good hormones are what bring about improved mood and happiness in those who consume small amounts of dark chocolate regularly.

As a scientifically-proven health food, dark chocolate is now an acceptable snack for dieters and healthy eaters, meaning demand for new and unique flavours is increasing.

Swiss-based, Lindt’s dark chocolate is paired with tastes like sea salt, sesame, and dark hazelnut. Their fruit-based flavours are labelled as ‘intense’, which demonstrates just how flavours are being revamped to stand up to the bold taste of the higher percentage cocoa. 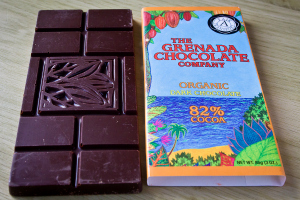 When buying dark chocolate, the packaging should show cocoa as being the first ingredient listed. This indicates that it is present in a high percentage. Other ingredients such as sugar should be listed afterwards as the more cocoa, the less sugar there will be.

Some varieties of dark chocolate are well known but actually contain considerably less cocoa than those that are now deemed to be healthy. Cadbury’s Bournville bar, for example, contains just 36 per cent cocoa and has 26g of sugar per small bar.

So all things considered, do you feel that you could make the leap to dark chocolate? If so, here is a no-cook healthy recipe to get you started. 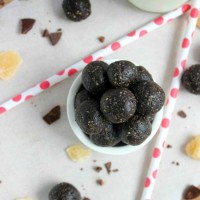 If you want to feel good and maintain a healthy gut, start eating dark chocolate.

There is now a wide range to choose from. But it is important to ensure that the cocoa content is high and the sugar content low.

Beware though, as the fat content is still relatively high, dark chocolate should be consumed in small amounts.

Bianca is a keen writer and is passionate about food, history, culture and politics. She is fond of humour and believes it to be a vital tool in overcoming life's challenges. Her motto is: 'A day without laughter is a day wasted.'
How to Protect your Skin in Winter
How to Apply Blush to Desi Skin