Why are Pakistani Male Celebs Painting Their Nails?

Some of Pakistan’s toughest men are painting their nails in solidarity for the ‘Polished Men’ movement launched by Shaniera Akram.

"Our Pakistani heroes say ‘We WILL NOT tolerate child abuse in our country’.”

Recently there has a spate of Pakistani media icons posting pictures on social media. What is different though, is that they are all painting their nails.

Seen as a crying call to “The Polished Man Campaign” this movement has resurged suddenly in Pakistan.

This movement has been spearheaded on social media by Shaniera Akram, the wife of cricketing legend Wasim Akram.

Having initially broached the conversation, Shaniera is using her status to invoke change.

The message aims to spread awareness about child abuse by encouraging men to paint one fingernail. This is to symbolise the one in five children who experience violence across the world.

“Some of the toughest men Pakistan has ever produced are showing their softer side & colouring one nail to represent the millions of children who suffer every day at the hand of an adult.

“Our Pakistani heroes say ‘We WILL NOT tolerate child abuse in our country’.”

“#PolishedMan campaign has been around for years & now in 2020, due to the highest level of child violence to come out of Pakistan, celebrities & sporting stars join this international campaign to show their support for children suffering in silence from child abuse in Pakistan.”

If painting a nail got you talking about child abuse, then we must be doing something right! Celebrities & sports stars across Pakistan come together in full force to #BreakTheSilence to #EndTheViolence against Children #PolishedManPk #StandAgainstChildAbuse @polished_man ??? pic.twitter.com/YfYFJXpRHP

It’s been noted that 2020 has seen some of the highest levels of child violence in Pakistan, a growing concern for many. This includes sexual abuse as well.

The celebrities are hoping that they can leverage their platforms to start a much-needed conversation.

Shaniera wants men to step out of their comfort zones, saying:

“It’s about men stepping outside their comfort zones enough to make the pledge. Nail polish is not permanent, it can be removed but the scars from child abuse last a lifetime.” 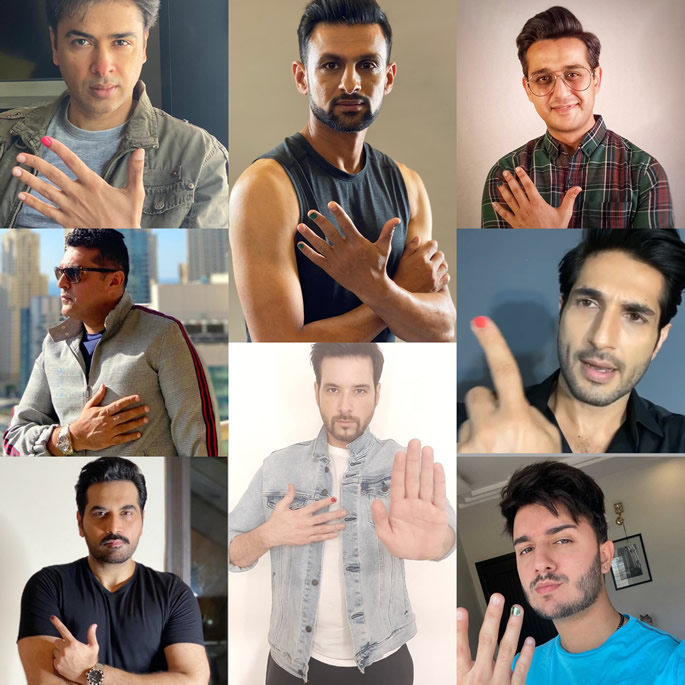 “This year we are painting one fingernail to represent the one billion children who experienced violence in the last year alone.”

“Every child deserves the right to feel safe and protected. But here we are in 2020 where more than 10 children a day in Pakistan are subjected to abuse and violence (and that’s only what is being reported)”.

Actor and producer Adnan Siddiqui also followed suit and shared a photo of himself titled:

“Paint a nail and take a stand to end violence against children. Join me and become a Polished Man.”

“Man up and paint one or all of your nails and show Pakistan your softer side.”

A special video has been created for the campaign which Shaneira tweeted.

In one of the most powerful campaigns to come out of Pakistan, Celebrities & sports star rally together to show solidarity with the millions of children who suffer in silence at the hands of an adult. Today Pakistan says NO MORE #BreakTheSilence to #EndTheViolence #PolishedManPk pic.twitter.com/8cb9glr6dQ

Shaniera has also encouraged other men to join the cause and raise awareness about the rising cases of child abuse:

Despite this good-hearted measure, Pakistan still awaits to see if this concerted effort by their celebrities will have long-lasting tangible impacts to reported numbers of child abuse.

With this many celebrities joining forces and speaking out, it is hoped that this movement brings some hope to a growing problem which is affecting so many children in Pakistan.

Jessie, a free-thinking discovery writer who aims to shed light on topics that emerge in many news and lifestyle areas. He writes by pushing boundaries and drawing upon real global experiences. His approach is characterised by the quote "work for a cause, not for applause."
Why Do Desi Women Hide Contraception?
Truth Project reveals Lathika’s Child Sexual Abuse Experience