A weight loss guru in Birmingham runs a Slimming World class and is looking for male clients to break stereotypes.

"It was the best decision I could have made."

Birmingham-based Zaheer Bhatti is a Slimming World consultant and is hoping for more men to join the weight loss programme in order to break stereotypes.

He runs a group at the Skip Marlow Scouting Centre in Hall Green and revealed that 80% of his clients are women.

Zaheer is now on a mission to get more men, particularly those from a Pakistani background, to shake off their anxieties and come along.

Zaheer was told to lose weight by his GP and in less than a year, he lost four stone through Slimming World.

He said that Slimming World is not just for women but believes that many men do not want to admit they need help.

Zaheer believes that some try to take control alone.

He told Birmingham Mail: “I can only go on my own personal experience but with me, it was about not wanting to feel like I needed help.

“You always think ‘Oh, I want to be a good role model to my children and I should be able to do everything I want to do’.

“That’s why even though my doctor said I was borderline diabetic I just tried lots of things on my own.

“I tried pills and potions and shakes and learned a lot. I was doing that myself at home.

“I was hoping there would be a magic solution and I tried and tried but nothing really worked.

“That’s when I thought actually, let’s do it. [Men] are happy to go to the gym or get a personal trainer, right? And that’s just support, isn’t it? So why can’t I do the same thing with food?

“It was the best decision I could have made.” 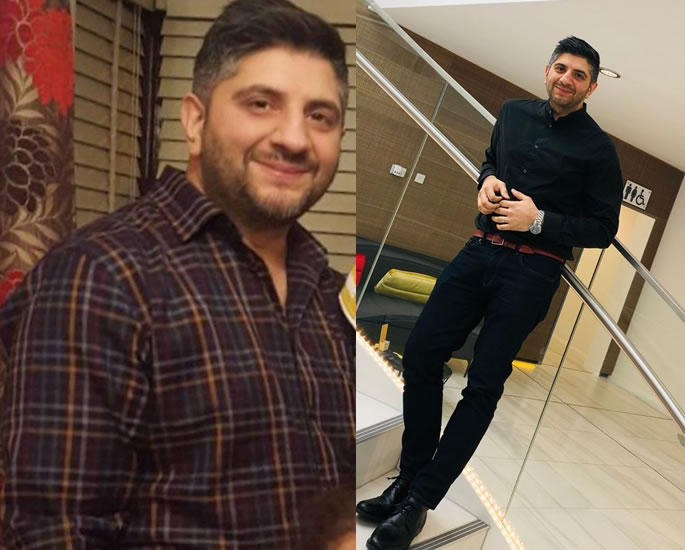 He said it is about showing people that everybody has their ups and downs, however, he admitted it can be difficult for both men and women from certain communities because occasions revolve around food.

Zaheer said: “Coming from a Pakistani background our food is generally oil-based and sugar-based.

“Everything we do is around food and food plays such a big part in our community.”

“And it is hard when you are socialising with people to say ‘Oh, actually, no, I’m on Slimming World and I’m focusing on myself.”

But since then, it has been through a difficult period.

Due to Covid-19 lockdowns, the group has switched from virtual and physical meetings.

Zaheer said many had put on a “lockdown stone”.

He revealed that there were lots of men who were considering coming to a session as restrictions eased.

Zaheer said: “I fall into that same bracket, it’s impacted all of us in one way or another.

“What I would say to anybody is we’ve just gone through a worldwide pandemic.

“It wasn’t easy by any means and a lot of us maybe dropped the focus on ourselves and started focusing on our family or our friends that needed support.

“It’s a massive thing, we got through it. If you can, give yourself that little bit of time and effort you need to work on yourself.”

On the Covid-safe measures at his group, Zaheer said:

“The majority of my group are back in the venue now with a full risk assessment in place.

“We have masks on, social distancing when we’re in there, hand sanitiser at every point and we make sure that people are seated a distance from each other.

“It feels a little bit different to how it originally was but the whole being together, being there to support each other and learning from each other, that’s exactly the same as it was before.”

Whether you are a man or a woman, the process is the same.

New starters receive support throughout their first couple of weeks, with regular phone calls and messages.

Zaheer stated that the best thing is for anyone is to go for it.

“I did the same, I delayed it. There’s never a right time because life is busy for many of us.

“There will never be a perfect time so it’s about making sure that you do something that you can fit around other things.

“When we change behaviours it becomes so much easier and that’s what you will learn about in the group.

“So I would always say to anybody there’s never a perfect time. But just go for it. Learn about Slimming World. Follow the plan, and it will work for you.”

Dhiren is a journalism graduate with a passion for gaming, watching films and sports. He also enjoys cooking from time to time. His motto is to “Live life one day at a time.”
8 Brown Girl-Friendly Facial SPFs
Vicky Kaushal shares glimpse of Vigorous Morning Workout