Ritin Parbat from Walsall was jailed for the gradual grooming and then sexual abuse of a young girl aged 14 from Oxfordshire.

"Parbat has rightly been sentenced to prison"

Walsall based Ritin Parbat, aged 21, has been jailed for two years and three months, after sexually abusing a young girl aged 14, from north Oxfordshire.

The underage girl who cannot be named for legal reasons was sexually abused by Parbat a number of times in the earlier part of 2018.

At his hearing at Oxford Crown Court on Friday, November 10, 2018, Parbat admitted to the offence and was sentenced for one count of sexual activity with a child.

The court heard that the sexual abuse of the young teenager was discovered after she visited a doctor and asked about taking a morning after pill.

Parbat praised the young victim with lots of flattery, gave her money and bought her presents to win her over emotionally to develop the long-distance relationship with her with the intent of sexual abuse.

Charles Ward-Jackson prosecuting told the court that the victim had been sexually abused by Parbat multiple times before she saw the doctor.

After her visit, the sexual activity between the pair was reported to the police.

Upon investigation, police officers discovered a number of text messages on his phone which were sent by Parbat to the young victim.

The messages showed how Parbat over three months in early 2018 aimed to impress and win the victim over.

More disturbing messages included Parbat asking her to perform sexual acts on him. Others also discussed having sex without protection with her.

Sex toys were found in the possession of Parbat by police. After tests and analysis, one of the toys were found to have a positive DNA match with the underage victim, according to the Oxford Mail.

A police spokesperson said that after Parbat contacted the victim on the phone and exchanged messages, he travelled from Walsall to Oxfordshire to see and abuse her. 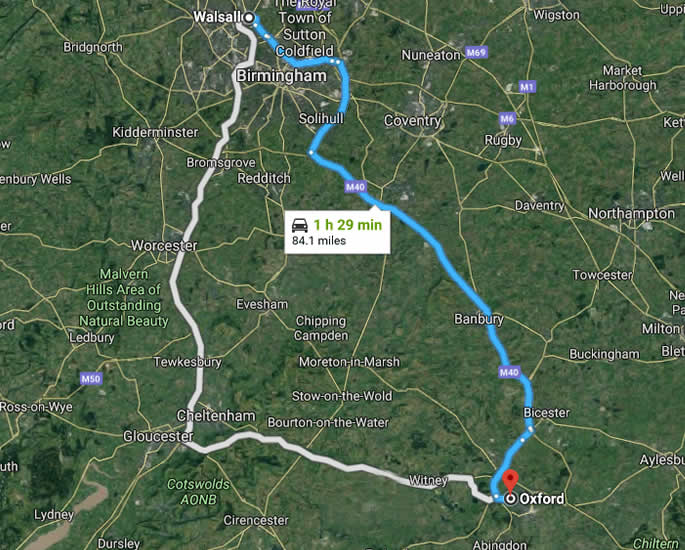 Parbat’s defence lawyer Guy Wyatt told the court that he had no previous convictions and was of sound character with many supporting written references for him.

Wyatt told the court that a number of the messages that Parbat had sent to the victim did show “genuine expressions of emotional affection on his part”. Therefore, he requested leniency towards the defendant.

However, when Judge Peter Ross sentenced Parbat he did not entirely agree with the arguments made by Parbat’s defence and told him:

“Some of the messages have an element of grooming, more than the expression of purely affection.

“You were a third older than her, there is a huge gulf in maturation between the age of 14 and 21.”

“Over the period on the indictment you engaged in a significant and frequent sexual relationship with this young women – a girl, and the sex was either unprotected it would appear, or at times protection used and failed.”

In addition to being jailed, Parbat was ordered to must pay a victim surcharge and handed a sexual harm prevention order (SHPO).

“Parbat has rightly been sentenced to prison.

“He targeted the victim and sought to impress her with money and gifts, he manipulated her and took advantage of her to try and hide his wrongdoing.

“Thames Valley police take any allegations of sexual abuse of children very seriously and we will seek to bring to justice anyone who abuses children.

“I hope the victim in this case will be able to overcome this abuse and lead a happy life.”