Naheem Uddin and Ismail Ali face jail after being accused of kidnapping and raping a 13-year-old girl in Bradford. DESIblitz reports.

Two Asian men from Bradford have been sentenced to a total of 28 years in jail, after sexually abusing a 13-year-old girl.

26-year-old Naheem Uddin and 25-year-old Ismail Ali both face 14 years in jail each, after pleading non-guilty earlier this year in April.

They had taken the girl – who’s identity is protected for legal reasons – to the budget Ibis hotel in Bradford, where they raped her after luring her to the hotel in broad daylight.

Judge David Hatton QC said: “You took it in turns to abuse her and each of you behaved like an animal.”

Although she willingly went with them to the hotel “she did not volunteer for the vile abuse and degradation that followed at your hands,” added Judge Hatton.

The court previously heard that the defendants were looking for someone to have sex with that night; when they could not find a willing partner, they took a girl off the streets to have sex with her, regardless if she gave consent.

Uddin, who is a married man with children, is believed to be engaging in “casual sex at its most casual”. The court also heard that Uddin had taken indecent photos of the victim and forwarded them to Ali. 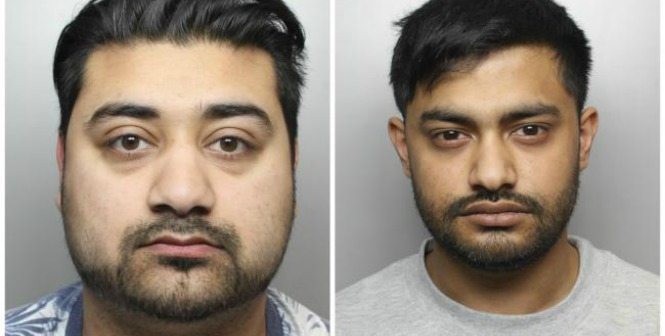 The court also heard the victim explain how the pair had forcefully undressed her and discarded her shoes and underwear out the hotel window after the attack.

The men had pleaded non-guilty as they argued that the girl gave them sexual consent and told them she was 17, with a job and child. Defending Uddin, was barrister Jillian Batts, who stated: “Once she [the victim] had told those lies, she was on board the roller coaster and had to go through with it.”

Batts told the court that the girl was aware she was going to the hotel to have sex and stated that she was “out of control” and “an accomplished liar.”

Judge Hatton refuted the statement and said that although the pair did not know the girl was 13, they did not care how old she was.

Prosecutor David McGonigal said the child had self-harmed after the attack.

This resulted in her cutting her arms and legs, and ripping the wallpaper off her bedroom walls. She felt isolated and needed strong emotional support from her family.

Inspector Best said: “Uddin and Ali subjected their young victim to a horrific ordeal and we welcome the sentences they have been given.

“We would firstly like to praise her for her courage in reporting their horrendous crimes and enabling them to be put before the courts.

“We hope today’s lengthy sentences will give her some comfort and allow her to move forward.”

Both men were cleared of the kidnapping imprisonment charges that they were previously accused of.

Jaya is an English graduate who is fascinated with human psychology and the mind. She enjoys reading, sketching, YouTubing cute animal videos and visiting the theatre. Her motto: "If a bird poops on you, don’t be sad; be glad cows can’t fly."
Men Jailed for ‘Honour based’ Attack on Wife over Alleged Affair
Keith Vaz’s wife says ‘I’ll forgive him’ but demands STI Tests