Top Teas of the World

Asians do love a good cuppa. So switch the kettle on, and sit back and relax whilst DESIblitz takes you through the top teas of the world.

If there is one thing that South Asians across the world will continually enjoy whatever the occasion, it is a steaming hot cup of tea.

Tea is the second most widely consumed beverage after water, and is commonly drank hot or warm. According to historians, tea is likely to have originated in China around the 11th-15th century during the Shang Dynasty.

Tea became popular in Britain during the 17th century, and was introduced to India by the British as a way of competing with China’s big tea industry.

The British discovered a different tea plant growing in India, known as Assam. India has now become one of the biggest exporters of tea, growing both Assam and Darjeeling plants.

Colleen Taylor Sen in her book Food Culture in India (2004) explains: “Tea did not become a mass drink in India until the 1950’s when the India Tea Board… advertised a campaign to popularise tea in the North.”

Tea was commonly made by boiling the leaves or seeds in water. It wasn’t until the early 20th century that tea bags were first invented in America, and took off in Britain in the 1970’s. It’s probably hard for many of us to imagine a world without teabags.

However, tea is not just a beverage. It has successfully managed to build itself a repertoire. It has become a culture in itself, a way of life to some. What is Britain without English tea? Or China without green tea? We can only imagine, so let us take a look at the top teas any tea enthusiast should tick off their list. 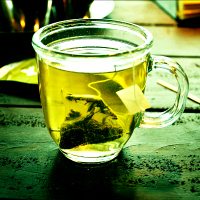 Originating from China, green tea has seen a huge growth worldwide. It is made from the leaves of the plant Camellia sinensis, which has experienced little oxidation during processing.

There are many different forms of green tea, which vary due to its growing conditions. Green tea has become extremely popular because of its health benefits.

The polyphenols, antioxidants found in the plant can help cleanse cell-damaging free radicals in the body. Green tea has also been said to help reduce stress levels and keep us relaxed. 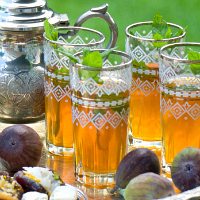 Mint tea, also known as Moroccan tea is popular in Northern Africa and other Arab states.

The preparation of mint tea includes the mix of green tea, mint leaves and an abundance of sugar, added to water and bought to the boil on a stove.

It is tradition in Morocco to serve the tea at a high distance and then pour back in to the kettle, this is said to help bring out and fully develop the flavour in the tea.

Peppermint tea is a sister of mint tea, and is made by adding the tisane of peppermint. 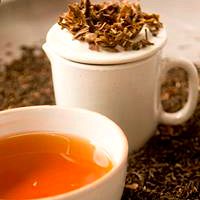 This tea comes in a variety of white, black, oolong and green. It originates in the district of Darjeeling, West Bengal, India, and cannot be produced anywhere else in the world.

Approximately 10,000 tonnes of Darjeeling tea is produced every year.

There are 3 major flushes (harvesting seasons) for Darjeeling tea. First flush is during mid-March – May. Second Flush is from June to mid-August, and the third flush is in autumn from October to November.

There are also 2 minor flushes, one which is in between the first two flushes, and the other monsoon/rain flush which is between the second and third flush.

Flushes do not have fixed time periods and vary due to weather patterns. Each flush produces a unique and aromatic flavour.

Famous for its captivating aroma, Darjeeling is known as the ‘fine wine of teas’, and is tested by an expert to certify it’s perfect for trade. 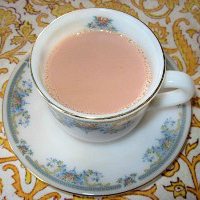 Commonly known as chai, Kashmiri tea comes in a pink form and is a traditional tea which originates from Kashmir.

It is made using; milk, pistachios, almonds, cardamom, and special tea leaves, a bit of baking soda is added to enhance the pink colour, and cinnamon is sometimes added for extra flavour.

This drink is generally drank in Pakistan on special occasions, this sweet sugary beverage is a definite a competitor in the tea world. 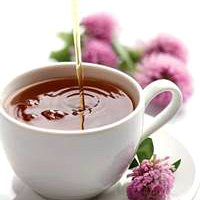 Also known as tisane, herbal tea is not from any specific plant, but is in fact an infusion of many different leaves, seeds or barks.

Available in a variety of flavours, herbal tea is non-caffeinated and is bursting with many health benefits.

Some of those benefits include a reduce risk of diseases due to the antioxidants properties in tea.

It can also help with hydration and can count towards your 8 glasses a day, an excellent source of vitamins, and is brilliant for relaxing and detoxing. 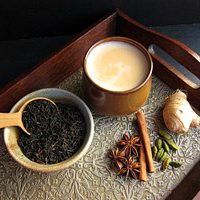 A traditional Indian tea originating in South Asia, masala chai is a fusion of spices and herbs mixed with black tea.

Assam tea is usually used as the base for the hot beverage, which is mixed with cloves, cardamom pods, cinnamon sticks, ground ginger, fresh ground black pepper, milk and granulated sugar.

Masala chai has quickly become popular around the world, and can now be found sold in many café’s, and is now also available in a teabag form.

There is also a similar tea known as Karak chai which is popular in many Arab countries, and uses the same ingredients as masala chai. 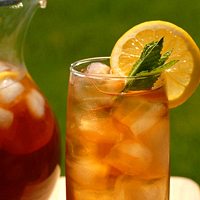 The only time you will ever witness a cold tea beverage is when your drinking iced tea. Iced tea was once upon a time mint tea, and is usually served in a glass full of ice.

It is often mixed with flavoured syrup such as strawberry, lemon, cherry or peach. Most iced teas obtain their flavour from Camellia sinensis, tisanes is sometimes used.

Iced tea can be left to brew overnight or in cold temperatures to help produce a stronger yet delicate taste.

It originates in South Carolina during 18th century, which was the only state in America producing tea plants. 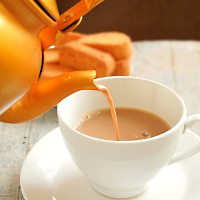 Last but not least, how can anyone resist a good ol’ English brew. Tea was once considered a high-class delicacy, but since the 18th century Britain has been one of the largest consumers of tea in the world.

Tea was so popular in the UK and it became a meal in itself, an afternoon delight.

English tea is made by brewing black tea leaves or teabag in hot water, adding sugar and milk. To add milk before or after you remove the teabag, still remains a national debate. However we will let you decide on that one.

It is clear that tea has left its mark all over the world. It has become practically a necessity for many of us, morning, afternoon or night.

Looking at the top teas of the world, why don’t you try a different cup of tea and take yourself across the Atlantic in a fusion of tasteful sweet delight.

Wanderlust at heart, Fatimah is passionate about everything creative. She enjoys reading, writing and a good cup of tea. Her life motto is: “A day without laughter is a day wasted,” by Charlie Chaplin.
The History of the Kebab
Best Street Food of India