TJ Holmes had Affair with Married Co-Worker before Amy Robach

It is reported that before his relationship with Good Morning America co-anchor Amy Robach, TJ Holmes had an affair with a married co-worker.

“She fell in love with him."

It was revealed that Good Morning America‘s TJ Holmes had a relationship with co-anchor Amy Robach.

The scandal has since resulted in the pair being taken off the air.

It has now been reported that before his relationship with Amy Robach, TJ Holmes had a three-year affair with married Good Morning America producer Natasha Singh.

The affair started in 2016 and it is believed that the duo confided in Amy about their affair.

A source told Page Six: “Amy was the person they went to talk to about their affair and marriages.”

However, another person said Amy was their confidante and insisted “she didn’t know about the affair until it was in its final stages. They told her about it right at the end”.

Their affair was initially long-distance, with TJ based in New York and Natasha working as a producer for the show from Los Angeles.

TJ had been a correspondent at the time and it was alleged that they would meet up for sex during his travels.

Natasha left the show in 2018 and moved to New York, where she started working as a producer for CBS Mornings.

Natasha and TJ then began spending even more time together.

Another source said: “She fell in love with him. He had a key to her apartment.”

TJ’s wife Marilee Fiebig found out about the affair in 2019 after discovering several emails.

The source said that as rumours rose about TJ and Amy, “Marilee never considered Amy because she was focused on Natasha. She never thought about [him cheating] with Amy because they were friends. Amy’s daughter was their daughter’s babysitter”.

TJ Holmes ended his affair with Natasha and he worked to reconcile his marriage throughout the pandemic. 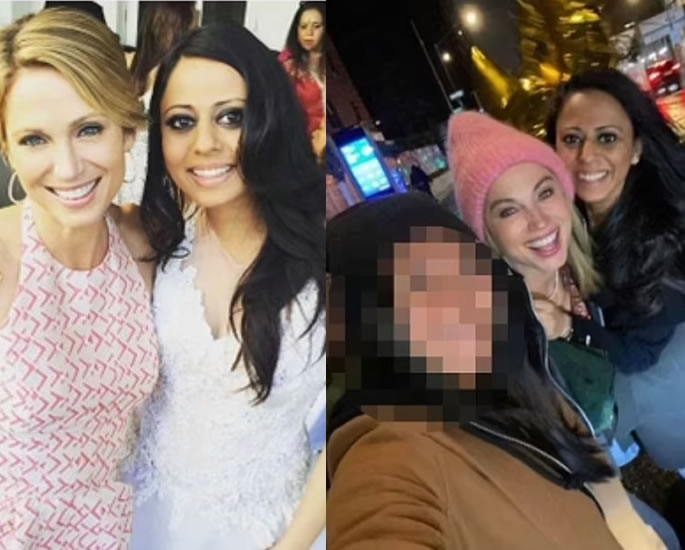 But Amy remained friends with Natasha and it angered Marilee because “she would see photos of them on Instagram and she didn’t understand how their friend and her husband’s co-host could remain friends with the woman who tried to break up their marriage”.

However, Natasha’s friendship with Amy deteriorated earlier in 2022 “around spring because [Amy] was so close to TJ”.

Marilee grew suspicious of Amy in the summer because she and TJ seemed “closer than colleagues”.

According to reports, Amy and TJ would have random meetings during the day and go to the pub for drinks.

Still, TJ Holmes and his wife “were fully together” in August and even celebrated his birthday with a trip to the Bahamas.

But the third source said that during the trip, Marilee discovered a birthday card from Amy that was too personal and “it brought back the old Natasha drama. She couldn’t trust him anymore”.

Dhiren is a journalism graduate with a passion for gaming, watching films and sports. He also enjoys cooking from time to time. His motto is to “Live life one day at a time.”
Divya Agarwal gets Engaged to Apurva Padgaonkar
Ranveer Singh tries to Steal Cake from Pooja Hegde