Stunning Mehndi Designs you Have to See

From glow in the dark Mehndi styles to henna home decorations. How has Mehndi evolved? DESIblitz takes a look at the latest Mehndi designs.

Intricate Mehndi designs, around the fingers, create the illusion of knuckle rings.

Stunning Mehndi designs you have to see, which are easy and simple, yet, unique.

There are an array of designs, belonging to different cultures. Such as Arabic, Indian, and Pakistani.

However, more recently, these have amalgamated with a modern twist, creating unique interior pieces and lovely patterns for the hands and feet.

For example, in 2013, worldwide star Rihanna, spent 11 hours getting a henna-inspired tattoo.

Other celebs taking on the tradition include Vanessa Hudgens, Madonna, Beyoncé, and Gwen Stefani. 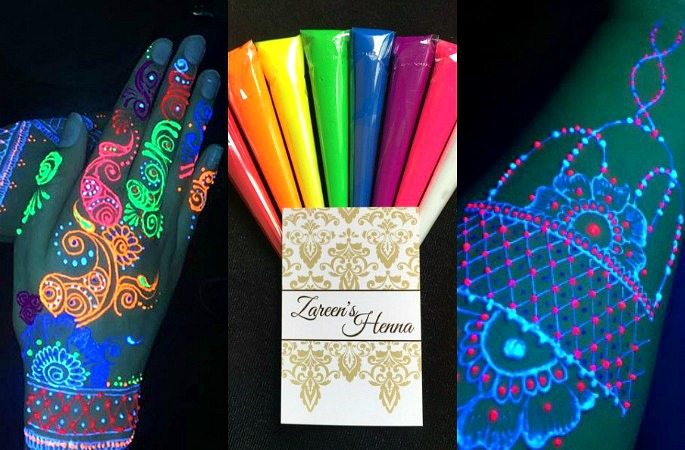 Glow in the dark Mehndi?!

After a surge in festival culture and nights out, young girls are starting to use Mehndi with glowing finishes.

“They all glow under a UV light apart from the gold and silver and are safe to use on any skin type, even on the face!”

The patterns are still similar and ethnic, yet, the colours are assorted. So you will surely catch everybody’s attention coated in UV henna.

However, it probably won’t last as long as the original henna. 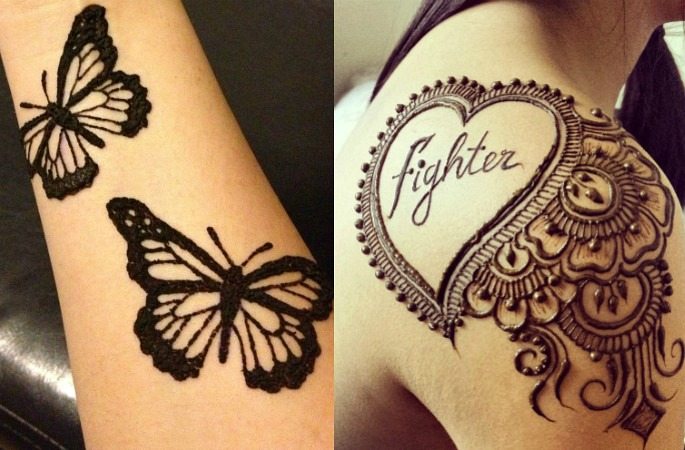 Such as butterflies, writing, and even religious symbols (also worn by men), are growing in popularity.

The latest Mehndi designs, seem to be ditching the idea of permanent tattoos for temporary tattoos, that are interchangeable.

Tribal stencils are also growing in popularity, as completely distinctive patterns of Mehndi.

There may well be new trends but, don’t forget the classic floral designs, which will never go out of fashion! 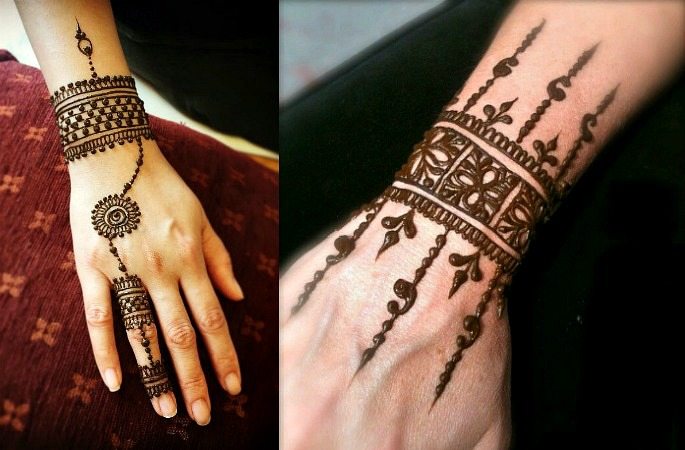 The latest Mehndi designs are also combining with the jewellery world.

There has been an increase in bracelet style patterns. Wrapping standard motif designs around the wrist, instead of up the hand, is definitely a good way to accessorise.

This style provides an elegant charm on the arm.

Perhaps, a good idea for someone who isn’t a big fan of Mehndi, and likes to keep things simple! 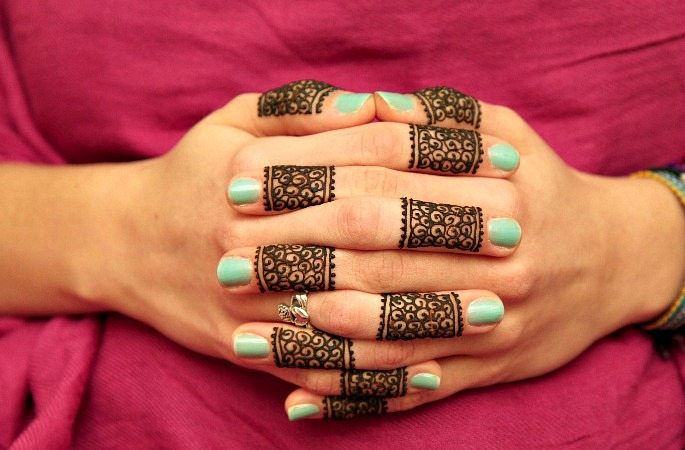 Intricate Mehndi designs, around the fingers, create the illusion of knuckle rings.

These magical finger patterns, make your hands look rather trendy and glamorous.

Such designs are also easy to apply and don’t take much time either.

Plus, you can apply a beautiful nail polish colour to add that extra mesmerising look for your hands! 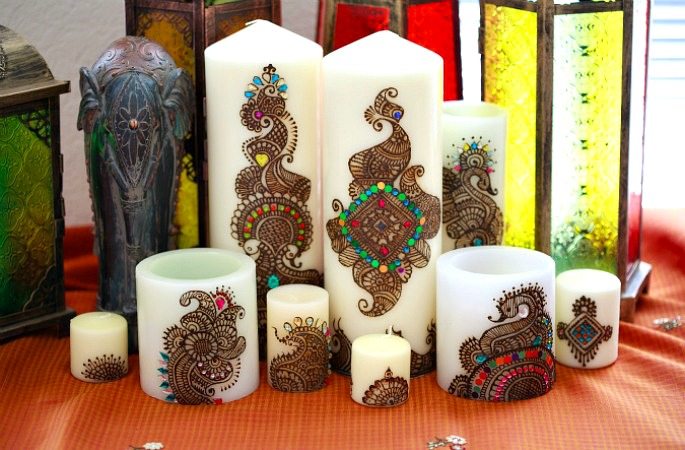 Mehndi designs are not only for the hands! They are also showing up on cakes, candles, and even glass decorations.

Henna homeware items could be the perfect gift, as ornaments for weddings, and quirky decorations for the house.

So, as we can see, a staple fashion trait of Eastern culture is moving beyond its normal boundaries, into the Western world, and even into our homes.

Who knew henna would become such a diverse trend-setter?

Try out the latest Mehndi trends, and make your hands and house decorations beautifully standout!

Are Women who Fake Orgasms more likely to Cheat?
7 Vegan and Cruelty-free Cosmetics