As COVID-19 continues to become more of a threat, South Asian countries are imposing curfews and possible lockdowns in a bid to stop the spread of it.

"Let us all be a part of this curfew"

South Asian countries are taking several measures in a bid to stop the spread of COVID-19.

Many have imposed curfews and some have even implemented lockdowns.

In Pakistan, the number of positive cases is at 734. This has led to all flight operations being closed for at least two weeks.

The Civil Aviation Authority said in a statement:

“(The) government of Pakistan has decided to suspend operation of all international passenger, chartered and private flights to Pakistan, effective from March 21 till April 4.”

However, the growing number of cases has prompted the government to impose curfews and lockdown in major cities.

Places like Islamabad and Punjab have imposed partial lockdown and citizens have been advised to remain in their homes.

However, in Sindh, where the highest number of cases are, a complete lockdown has been imposed. Citizens have been banned from leaving their homes for non-emergencies and large gatherings are also prohibited.

The Sindh government has requested help from the Army to ensure that the lockdown is implemented.

Markets, shopping centres, public spaces and offices will be shut while medical stores and supermarkets will remain open.

People will have to stay at home during the curfew but it will be lifted for a few hours each day to allow people to buy household items. 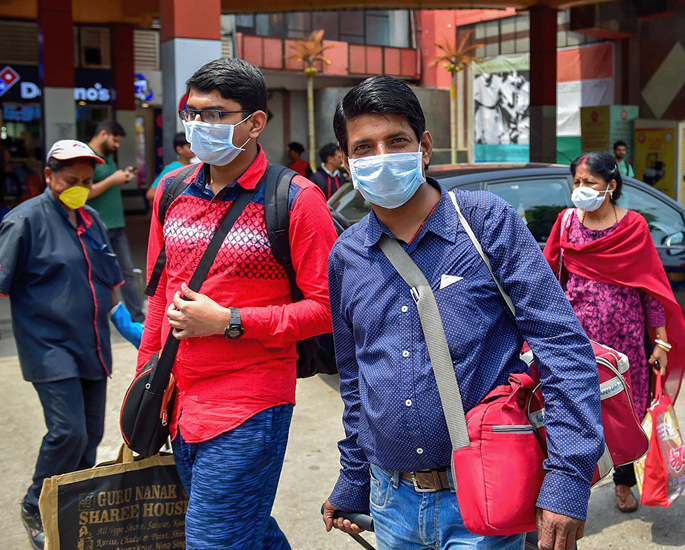 As of March 22, 2020, millions of Indians went into lockdown as the country stopped most of its railway network to a halt.

Most domestic flights were grounded and shops will be shut during the 14-hour curfew.

The shutdown began at 7 am, leaving busy cities like Mumbai and New Delhi deserted.

While the lockdown is not mandatory, Prime Minister Narendra Modi urged citizens to follow instructions. He said on Twitter:

“Let us all be a part of this curfew, which will add tremendous strength to the fight against COVID-19 menace. Stay indoors and stay healthy.”

This curfew and subsequent lockdown come as over 320 cases have been reported, with seven deaths.

Around 1,500 people in 70 state-run labs have been tested for COVID-19, but it is one of the lowest testing rates in the world.

As a result, India is increasing the number of tests being offered.

“At this point, we really don’t know what is the extent of the spread.”

Indian Railways, which carries over 30 million passengers every day, said some people who had tested positive had travelled by train, forcing officials to track down fellow passengers.

A spokesperson urged people not to travel.

In West Bengal, prison inmates launched a violent protest against the authorities for banning visitors due to the virus.

An official at Dum Dum prison said: “An attempt was made by inmates to set fire to the jail after the convicts fought with the staff but the situation is under control.”

In Bangladesh, the World Health Organisation (WHO) has asked the country to declare lockdown.

In Sri Lanka, which has reported 77 cases, has imposed a nationwide curfew. It took effect at 6 pm local time on March 20, 2020, and will run until March 23.

South Asia appears to have been less severely affected than other parts of the world but the rate of new infections has accelerated.

Officials are concerned that the countries will be particularly susceptible to the infection, given the poor health facilities and infrastructure in many areas.

Dhiren is a journalism graduate with a passion for gaming, watching films and sports. He also enjoys cooking from time to time. His motto is to “Live life one day at a time.”
Man jailed for Sexual Assault of Girl He Knew at Her Home
Indian Police beat Public with Lathis to enforce Janta Curfew